Why isn't the right rushing to skewer this lamestream media figure? Hint: It has to do with the gays 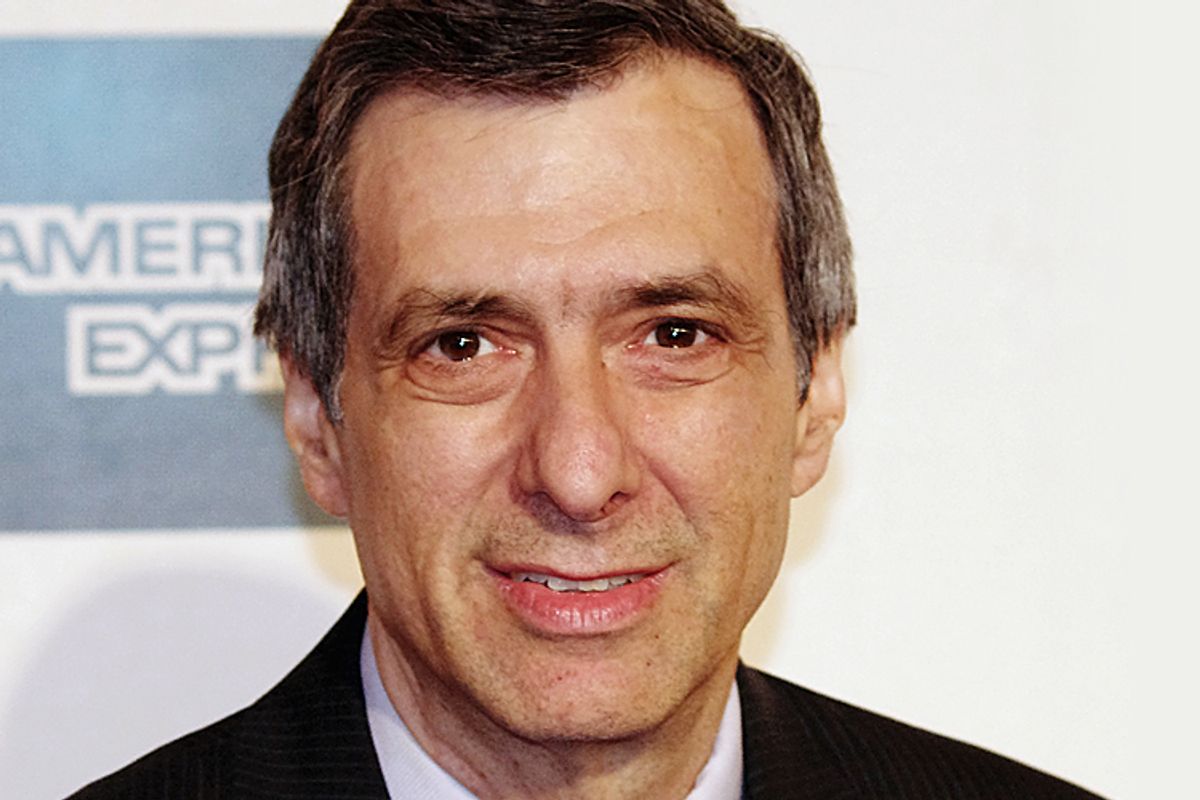 You would expect Howard Kurtz' departure from the Daily Beast to be fodder for conservative critics of the liberal mainstream media, but probably not in this way.

The problem they seem to have with the incident is not that Kurtz falsely accused openly gay NBA player Jason Collins of concealing his engagement to a woman, or that he spread himself too thin and let the quality of his work suffer, but that the Daily Beast fired Kurtz for it. Here's popular conservative blogger Ace of Spades, spelling out what many saw as a double standard:

Clearly Kurtz erred, and rather dumbly. But he does this a lot, and no one's had a problem with it in the past. Why now? I think it's pretty obvious -- Jason Collins is now the Gay Black Sandra Fluke, and therefore now An Hero, and the Left protects its heroes.

And John Nolte of Breitbart News:

Kurtz's sin was making this error with a sacred cow. Had he made EXACT same error with a Palin or Bachmann, media & Beast woulda shrugged.

There is no sin so great as messing with the hero of the week, unless of course, that hero is a Tea Partier, Republican, conservative, or someone who does not help the narrative.

For erroneously attempting to hang the stigma of being ashamed of attempted heterosexuality around this guy’s neck, Howard Kurtz was made to walk the plank.

We never thought we'd see the day when conservatives would be going out of their way to apologize for an error made by the mainstream media.

But let's take a moment to review the mistake in question here. Kurtz failed basic reading comprehension -- or, as Alex Pareene wrote, "c[ame] out as an illiterate" -- when he wrote in two separate columns and then repeated in a Web video that Collins had concealed that fact that he was engaged to a woman before coming out. In fact, Collins wrote in the very same piece that Kurtz was criticizing, "I even got engaged."

That is not a small error, especially for a media critic, whose job it is to keep journalists honest for their mistakes. And after he realized the mistake, Kurtz first tried to downplay it, before issuing a correction, then finally a retraction.

And it's hardly the first error for Kurtz. But instead of declaring victory over a sloppy mainstream media figure, some rushed to whitewash his record. Here's John Podhoretz, the editor of Commentary Magazine:

My guess is that, in terms of sheer word output over decades, Howie Kurtz has made far fewer errors than almost anyone else in journalism.

And Matt Drudge, of the eponymous conservative news aggregator:

And Matt Lewis, one of the smarter conservative critics out there, writing in The Week under the headline, "Let's all stop taking swings at Howard Kurtz:"

There are suggestions that Kurtz was dedicating too much time to other projects, but the timing -- and the internet outrage spawned by the Collins column -- all seem to indicate it was Kurtz's Collins blunder that precipitated the end of his tenure at the Beast. We all make mistakes, and Kurtz's sin (aside from the sacred cow thing) seems to be that he busts his ass to get scoops and (understanding how the new media works), to get clicks.

I'm sympathetic to Lewis' point about the schadenfreude of journalists when one of our own falls from grace, but the notion that Kurtz was merely working to get scoops or "has made far fewer errors than almost anyone else in journalism" is dubious. Everybody makes mistakes, it's inevitable, but Kurtz has a unique record here.

There was the time he apparently fabricated a quote from Nancy Pelosi (the Washingtonian called it the “most embarrassing correction" of the year), misattributed an interview to a congressman when it was actually with his spokesperson, and the time he "confirmed" that Joe Paterno was dead (he wasn't), just to name some recent classics.

By all accounts, the Collins column was merely the last straw. "It’s been something that for quite some time -- there’ve been some errors like this," an unnamed source at the Daily Beast told Erik Wemple. “People here have been groaning about Howie for years ... just shoddy and out of the game,” an unnamed source at CNN told Dylan Byers. Even Kurtz himself tweeted, "This was in the works for some time."

People wonder why the conservative media has never been able to catch up to the mainstream, or even expressly liberal media, and here is a perfect example. Some of the most prominent and smartest people in right-leaning journalism seem to be completely willing to look past egregious factual errors in order to make a point about homosexuality. Even if there is a double standard here, painting Kurtz as a saintly victim is hopelessly undermining it.

CNN is now reportedly not planning to renew Kurtz' contract, but maybe Fox News is hiring. Kurtz could ask Juan Williams for a referral.