Dolls for girls, science and Legos for boys: The toy aisle is still sexist 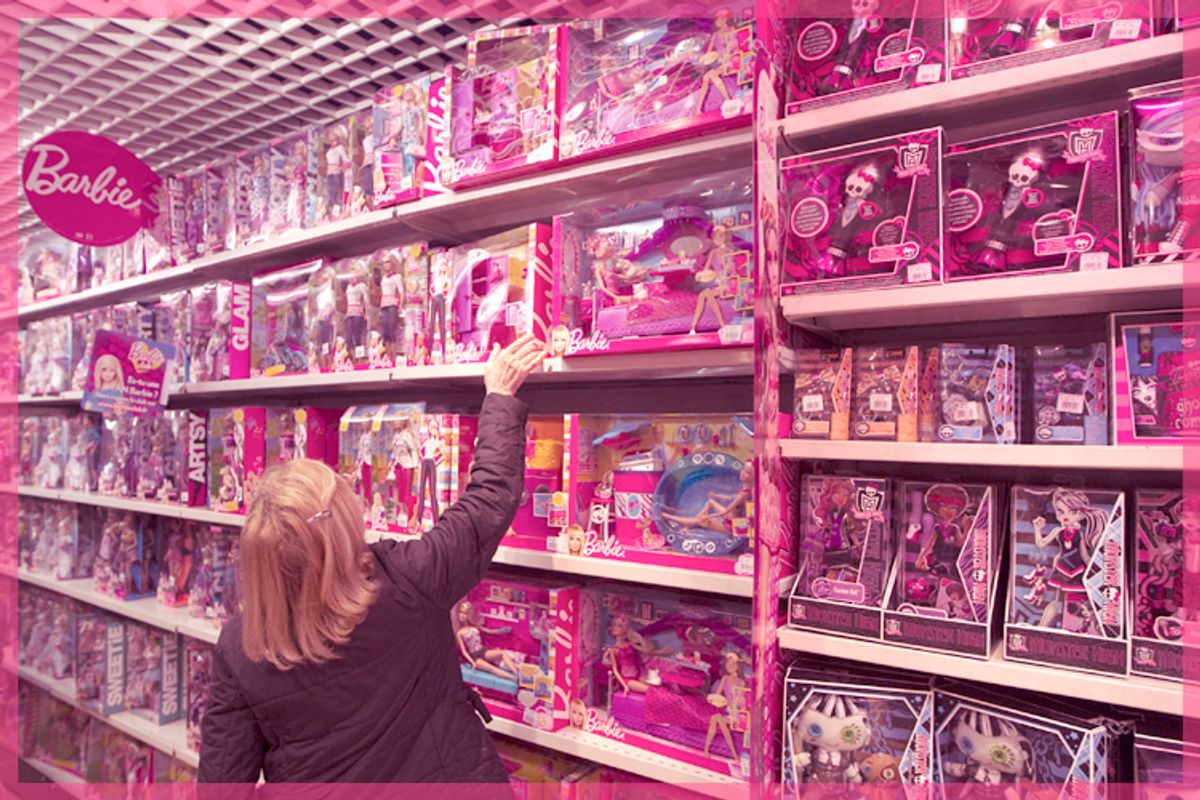 You can't do away with sexism by doing away with sexist labeling. But it's a start. So thanks, Boots. After an embarrassing kerfuffle over what it backwardly deems gender appropriate toys, the U.K. drugstore chain is moving toward a more equitable display system.

Boots' enlightenment began after Twitter user Sean E. Gray posted a photo from the store, with the caption "not impressed." It revealed the store's "Girl Toy" section, featuring princess gear and mini-tea sets, and the "Boy" section -- chock-full of Science Museum brand kits.

As the Guardian reports, Boots initially defended the placement, saying its real estate choices were based on "customer feedback" and making the stores "easier to navigate." But in the face of mounting criticism, it has since retreated, promising on its Facebook page that "It was never our intention to stereotype certain toys. It's clear we have got this signage wrong, and we're taking immediate steps to remove it from store."

It’s a move both customers and at least some manufacturers applaud. Gray told the Daily Mail this week, "I thought I might annoy a manager somewhere enough to change something but I had no idea that there'd be this much support. It's fantastic." And Science Museum quickly issued a statement asserting that it "is committed to producing products which appeal to both genders."

This isn't the first customer battle over the toy aisle. In 2011, U.K. toy retailer Hamleys did away with its "Boy" and "Girl" sections, eliminating pink and blue signs for a uniform red-and-white look throughout. And last year, Change.org launched a petition to get Target to change its spectacularly segregated toy section.

For as long as we've had the modern concept of childhood, we've been using it to reinforce gender roles. In old photos of my grandmother, she's solemnly clutching her doll. Growing up, I owned a pretend doctor kit with a picture of a boy on it, and an enormous Barbie head upon which I practiced makeup and hairstyling. My most beloved toy was an Easy-Bake Oven -- one that featured a photograph of a rapturous little girl on the box. Yes, girls and boys sometimes play differently. I have watched a preschool girl take a truck, wrap it in a blanket and rock it in her arms. And I did not, by the way, run up to her and say, "You do not have to be subjugated by the patriarchy like that, honey!"

But the excessive polarization of toys by gender – a trend that has been rampantly increasing in recent years – is bad for both sexes. It's crappy when science toys are presumed to be boy things, and it's also heartbreaking when parents are scared off from "girl" things. As Peggy Orenstein deftly explained in "Cinderella Ate My Daughter," "You don’t want to send the message that things that are feminine don’t have value." That's why we all win when boys get Easy-Bakes too.

Otherwise, we risk telling our kids that there is science and there is girl science, that there is dress-up play and there is boy dress-up play. And it limits all of them. At my daughter's birthday party a few months ago, it wasn't the gift itself – a small set of purple and green interlocking pieces, accompanied by a wide-eyed plastic girl and a kitten -- that made my heart sink. It was what my daughter's friend told her as she handed her the present. "It's like boy Legos," she said, "but for girls."