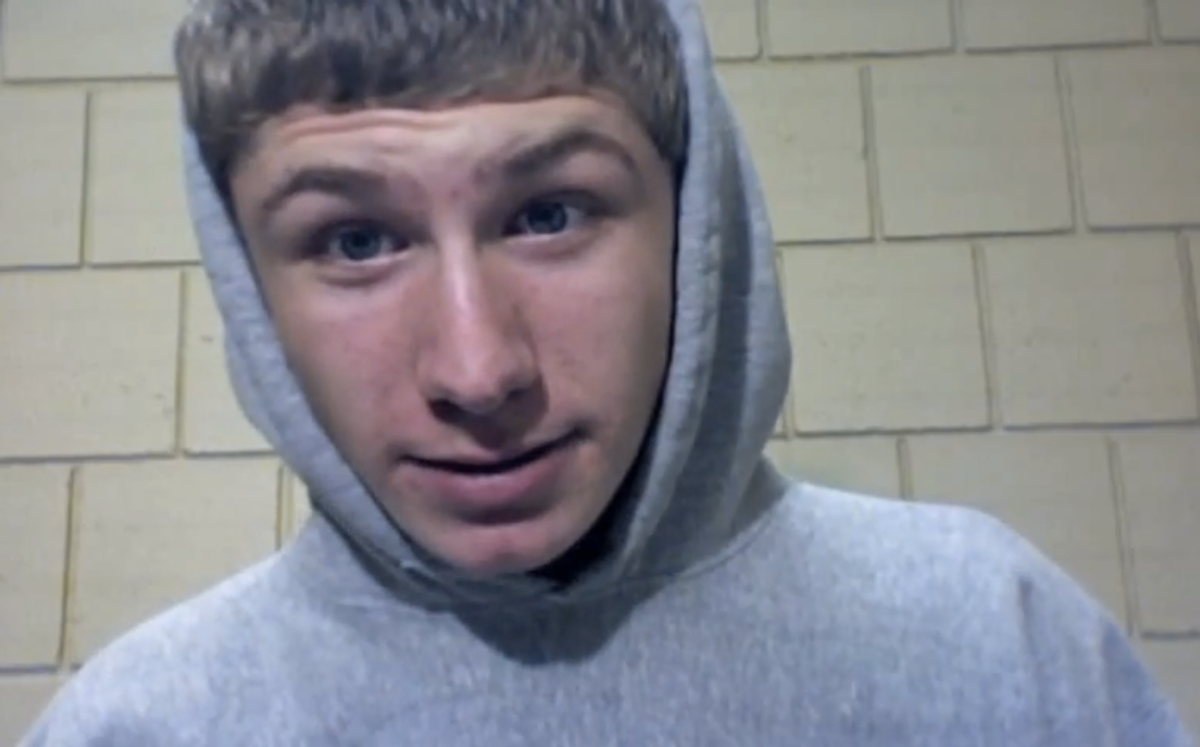 A high schooler outside of Boston has been arrested for announcing plans on Facebook that could be interpreted as trying to one-up the devastation of the Boston Marathon bombings.

Cameron Dambrosio, 18, of Methuen, Mass.—30 miles from Boston—is being held on $1 million bail.

As reported by the Eagle-Tribune, Methuen Police Chief Joseph Solomon said Dambrosio posted “(Expletive) the Boston bombing, wait til you see what I do. I’m going to be famous," to Facebook.

"He’s telling people to shut up and in order to get some props he’ll have to go kill somebody. He says he’ll go insane and make the news,” Solomon added. “And he said people shouldn’t cry when they see what he does because they have it coming.”

Dambrosio was alluding, of course, to the April 15 Boston Marathon bombing that killed 3, injured hundreds, left one suspect dead and four more in custody.

The Methuen Police Department said in a press release that Dambrosio has been charged with making terroristic threats, and faces up to 20 years in prison.

However, it appears to not be the first crime Dambrosio has committed online.

"And I'm always screwing up my life, doing stuff that is not really good / but you know it's kinda hard when you grew up in the hood," spits the young man, who identifies himself as Cam Dambrosio in the song.

Methuen, Mass. isn’t precisely “the hood,” according to recent crime statistics. The town of 47,000 averages fewer than one murder per year, and has a crime rate well below the U.S. national average.

It's unknown if Methuen police know about the video, but if not, they likely will soon.

According to the press release, "a search warrant is being executed at the student’s home to gather evidence in regards to this incident."