Smallpox killed more than 20,000 Canadians in 1862. Why isn't there a memorial commemorating the epidemic? 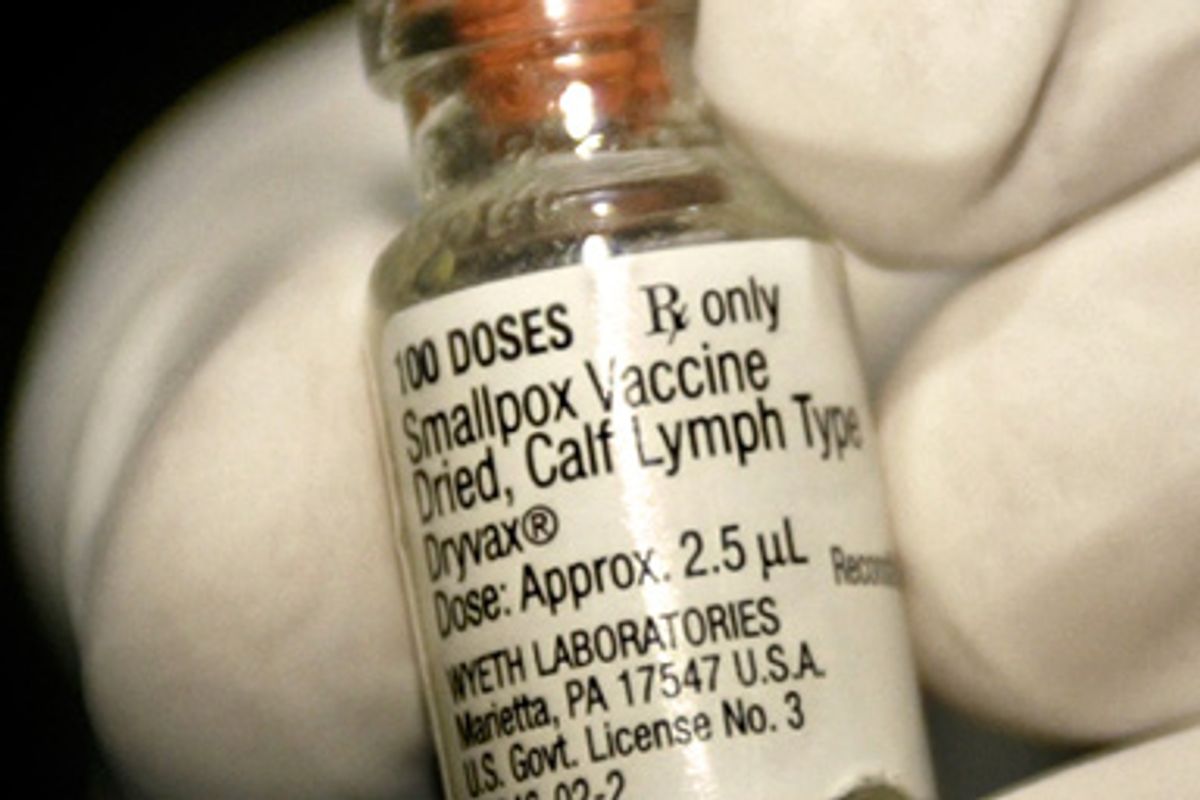 A LEAN FIGURE cast in bronze kneels beside a child, a tiny lancet in his hand poised to strike at the girl’s left shoulder. Another patient waits her turn, upper arm revealed. The memorial, outside the World Health Organization headquarters in Geneva, celebrates the global conquest of smallpox in 1980, a milestone that belongs on any list of reasons to be cheerful: Variola major gorged on our species for thousands of years, blazing a trail of hideous pustules that disfigured victims’ bodies and faces and wiped out communities. Children and the elderly were especially vulnerable, and those not felled by the disease were sometimes blinded by it.

The Geneva memorial honours the physician as warrior in the eradication of smallpox. On a Pfizer campus in Pennsylvania, a twin statue tells a different story, positioning Big Pharma as the hero. Neither monument, however, recalls the many casualties of smallpox, and this says a great deal about what we choose to remember.

One of the last major outbreaks in Canada began in the spring of 1862 when a ship from San Francisco arrived in Victoria and patient zero stepped ashore. Throughout the summer and autumn, smallpox raced north and east, up the coast and inland through canyons of tightly packed settlements that were perfectly suited to its appetite.
< The white population of British Columbia was hardly scratched, but almost every longhouse and kekuli (a dwelling built partially underground) across the province was scoured. The bodies of Indigenous people littered the ground everywhere. Pit houses became burial mounds: With no one left to dispose of the dead, the wood and earth domes eventually caved in. Seasonal camps were picked clean, and villages of one or two thousand were wiped from the face of the earth, some razed in flames in an effort to arrest the march of smallpox. Survivors huddled mostly in the southwest, where inoculations were administered. One missionary called it “the foulest of all diseases which ever came forth from the jaws of hell,” for the grotesque disfigurement, suffering, and widespread panic and despair it wrought. By the time the BC epidemic ended 150 years ago, an estimated 20,000 had died. Just imagine: Every seat in an NHL arena occupied by a cadaver. Then consider that World War I claimed about 6,000 British Columbians in four years — only a fraction of what smallpox devoured in one. That Canada has forgotten an event of such magnitude is remarkable: The 1862–63 epidemic does not warrant so much as a minute of silence or a monument. Scholars draw a distinction between historical consciousness and collective memory. The former is something on which we reflect but often forget. History as a discipline consists of facts — objective and recitable. Collective memory, on the other hand, is an ongoing process that builds a shared and more nuanced understanding of the past. Public monuments enrich collective memory because of their permanence: Unlike Shakespeare in the Park, they don’t get packed away after use. They remain in place, shaping our thoughts year in and year out, and across generations. In Canada, they have typically reinforced a national narrative that has favoured warriors (known and unknown), historic events (battles, the occasional invention), and great men and women of civic and cultural life. With few exceptions, memorials were assembled to remind us of the folks who made this country great. Public memories were really patriotic memories. In the past few decades, new kinds of monuments have appeared, raised to missing and murdered sex trade workers and to Terry Fox, to the women slain in the 1989 école Polytechnique massacre. These memorials present a shopping list of things we would like to redress: illness, suffering, injustice. We can include in this list memorials to the victims of a few diseases: cholera, tuberculosis, cancer, HIV/AIDS. With the exception of the historic Spanish flu pandemic of 1918–19, though, these afflictions are flyweights compared with the scale of smallpox’s devastation. Yet its handiwork remains unmarked by statuary or squares. True, there is a stone north of Winnipeg, in the Gimli Icelandic Pioneer Cemetery, that tells visitors how smallpox killed more than 100 settlers in 1876–77. But that’s about it. The discomfiting fact is that smallpox made resettlement by non-Natives much easier. Cortés didn’t conquer Mexico; smallpox did. Likewise, in Canada variola major was a key factor, and the epidemic of the 1860s gave newcomers “a terrible advantage,” as historical geographer Richard Mackie observed in The Wilderness Profound.

The colonial narrative in western Canada showcases tales of frontier progress, Confederation and railways while smallpox gets elbowed into the prologue. The French historian Jacques Le Goff has written that mastering “memory and forgetfulness is one of the great preoccupations of the classes, groups and individuals who have dominated and continue to dominate historical societies.” The absence of a memorial to smallpox is, in other words, an act of purposeful amnesia, a way to cheat collective memory. What followed on the heels of the 1862–63 epidemic — reserves, residential schools, alcoholism, systemic discrimination, poverty and homelessness — can be better understood if we first set a place at history’s table for smallpox, not just in BC but across Canada.

A monument to the epidemic would do three things. It would recall that grim plague and its tens of thousands of victims. It would say something about the society we have since become. And it would testify to the 150 years of forgetfulness in between.