Zombie Industries has been asked to remove the model from its display, but is still allowed to sell it 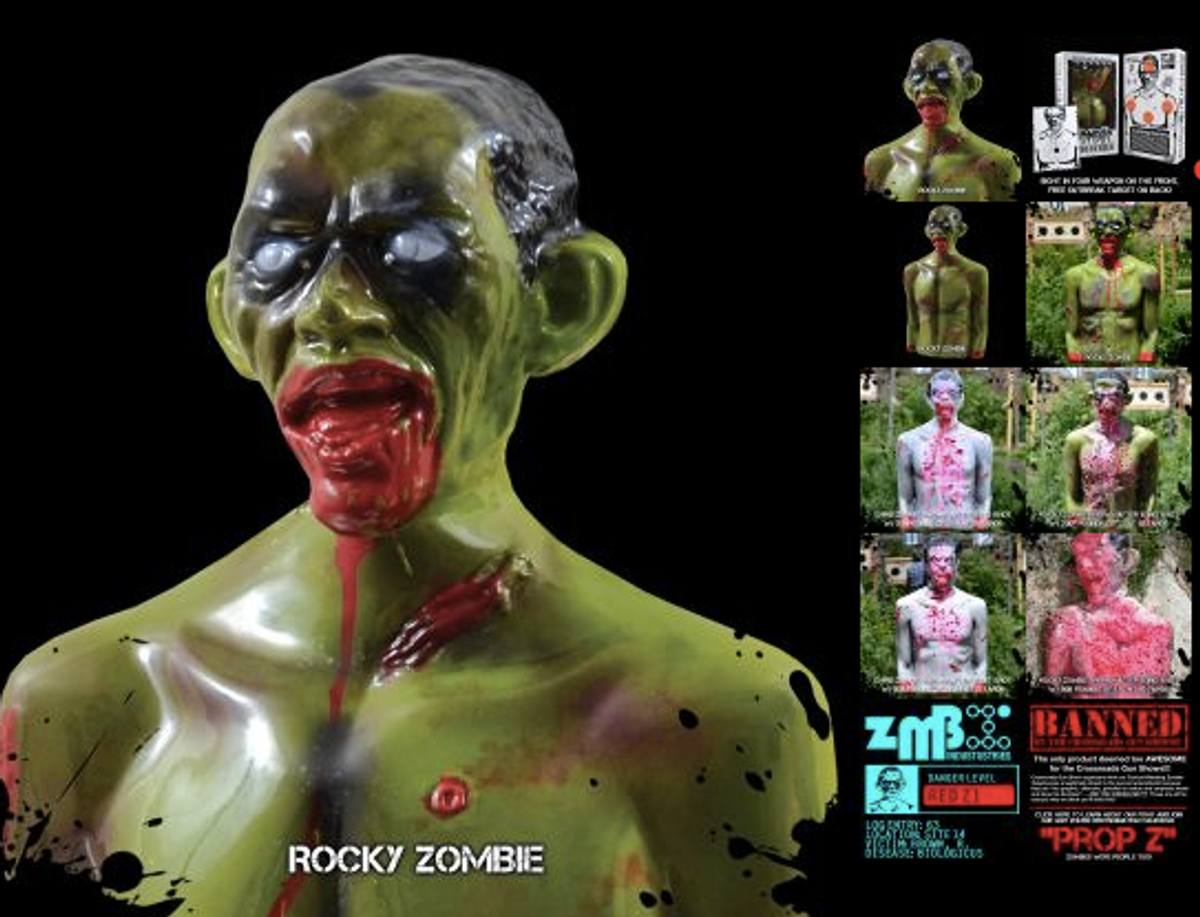 The NRA has asked vendor Zombie Industries to remove one of its three-dimensional, "life sized" shooting targets from an NRA convention in Houston because of the target's uncanny resemblance to President Barack Obama. The particular model, pictured above, is reminiscent of the "History Channel's" Satan, dubbed "Obama Satan" by conservatives for the devil's resemblance to the president.

Sources at the conference spoke to BuzzFeed:

"Someone from the NRA came by and asked us to remove it" a Zombie Industries booth worker told BuzzFeed in hushed tones. "They thought it looked too much like President Obama."

When asked if the Obama likeness was intentional the worker said, "Let's just say I gave my Republican father one for Christmas."

"They are just scared some liberal reporter will come by and start bitching" another booth worker said to men gathered around the booth. "But ya know, he does look very familiar."

BuzzFeed notes that although the target has been removed from the display, it is still available for purchase at the booth. Other models, which "bleed when you shoot them," include a clown named BoBo, a terrorist dressed as Osama bin Laden and a Nazi.