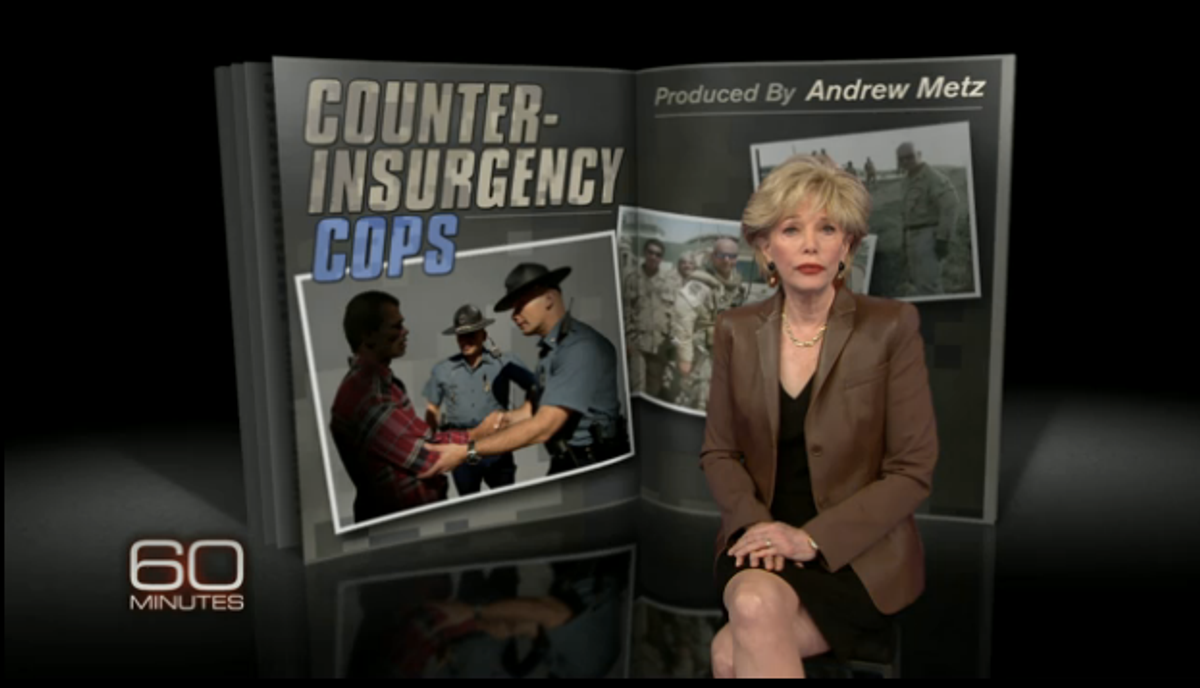 Mike Cutone, a former Green Beret who served in Iraq, joined the Massachusetts state police and realized that American military tactics might abroad might help fight domestic crime, too. "Insurgents and gang members both want to operate in a failed area, a failed community, a failed state," he told "60 Minutes'" Lesley Stahl. "They know they can live off the passive support of the the community where the community is not going to call or engage the local police."

And Cutone's tactics, which empower citizens to strengthen their community, have gotten positive results. The schools have "seen fewer discipline problems and drug offenses and that litter and gang graffiti is no longer everywhere in sight" reports "60 Minutes," signs the gang's grip in Springfield is loosening.

Cutone insists that "the status quo of traditional policing" is not "going to work" in neighborhoods like Springfield.