Reminder: Men get raped too 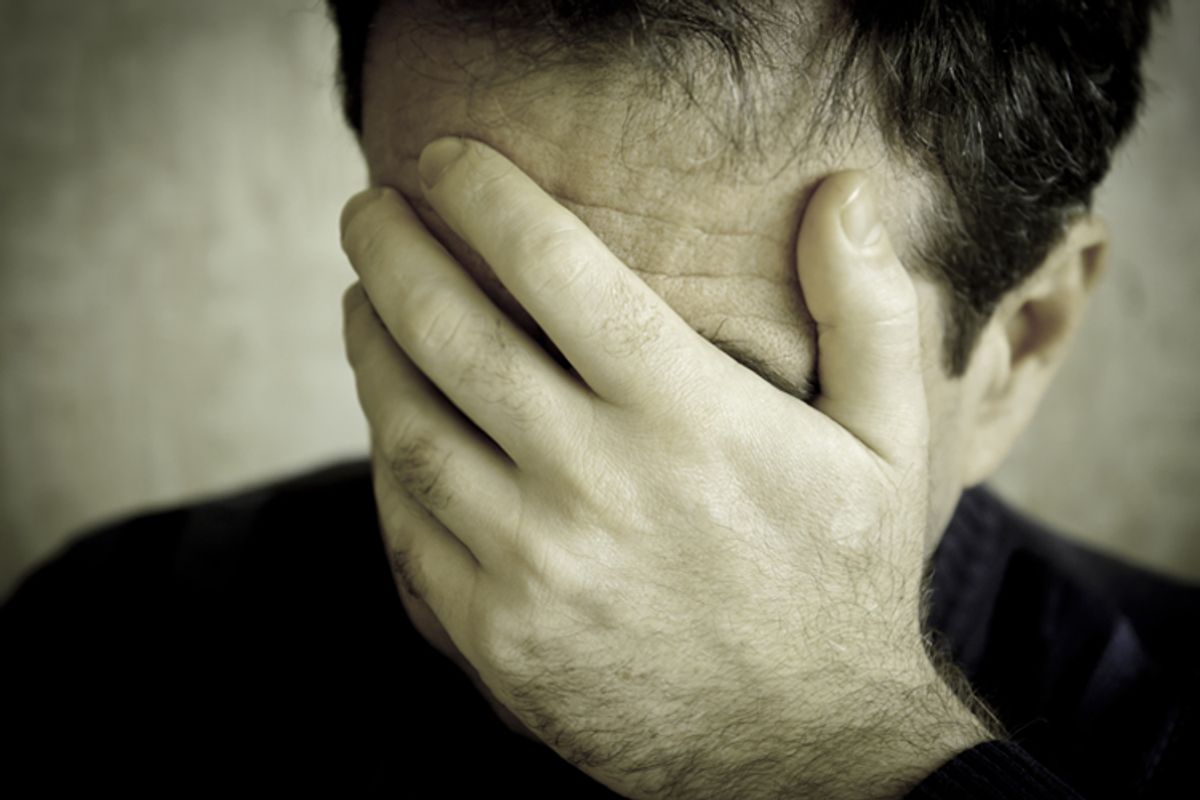 It's a story so common we forget it could look any different. When we talk about rape, we talk in terms of him and her, and their roles as assailant and victim feel ironclad. But as two important stories this week remind us, the story isn't always so simple.

In the U.K. on Sunday, Nigel Evans, a senior conservative member of Parliament, found himself responding to accusations of rape and assault -- and declaring them "completely false." His two accusers are both male.

The British media says the claims against him go back as far as 2009 and as recently as this past March. The 55-year-old Evans has not been charged with any crime, and though he will not be chairing House of Commons debates this week, he has vowed he will not step down. He was interrogated over the weekend, and police searched his car and home. Though the accusers, said to both be in their 20s, have not been named, Evans says that the claims have been made by "two people who are well known to each other and until Saturday, I regarded as friends ... I cannot understand why they have been made, especially as I have continued to socialize with one as recently as last week."

The Telegraph adds that in 2009, Evans was reportedly accused of "inappropriate sexual behavior," and making an unwanted sexual advance on a man he'd been socializing with in a bar, but the incident was dismissed with some "friendly advice" and "not reported to police by either the Conservatives or the complainant." In an interview in 2010, Evans acknowledged that he is gay, saying he was "tired of living a lie." The local police insist that they are committed to investigating sexual offenses sensitively but robustly, recognizing the impact that these types of crimes have on victims." No distinction made for alleged victims based on their gender. Just a commitment to investigate, regardless of who makes the claim.

And that's important. It's important for young men like LGBT activist and writer Andrew Lawless, who, in a frank, brave piece for the Advocate Monday, shared his experience of being assaulted in his high school. "A bad feeling overwhelmed me when I entered the bathroom," he writes. "That feeling was only confirmed when I heard someone say, 'Hey faggot.'" Lawless says that two male students then pushed him into a stall, where he then experienced a sexual assault. Though he praises the support of his school, friends and family, he writes he is "still unable" to identify his attackers, and that "there is a constant fear in my head."

Male rape is too often dismissed as something that's either beyond the realm of imagination or worse, something to joke about. A man who is sexually assaulted by a woman is the object of ridicule.  A convicted sexual abuser is the target of gags about the comeuppance he'll get in prison – where an estimated 200,000 men are raped every year. Men are raped in the military. They're raped by partners and they're raped by strangers; they're assaulted by women and they're assaulted by men. That's why we need law enforcement that is sensitive and serious. And we need to keep talking about it, working to create a culture of support that doesn't shame or blame survivors, whatever their gender.