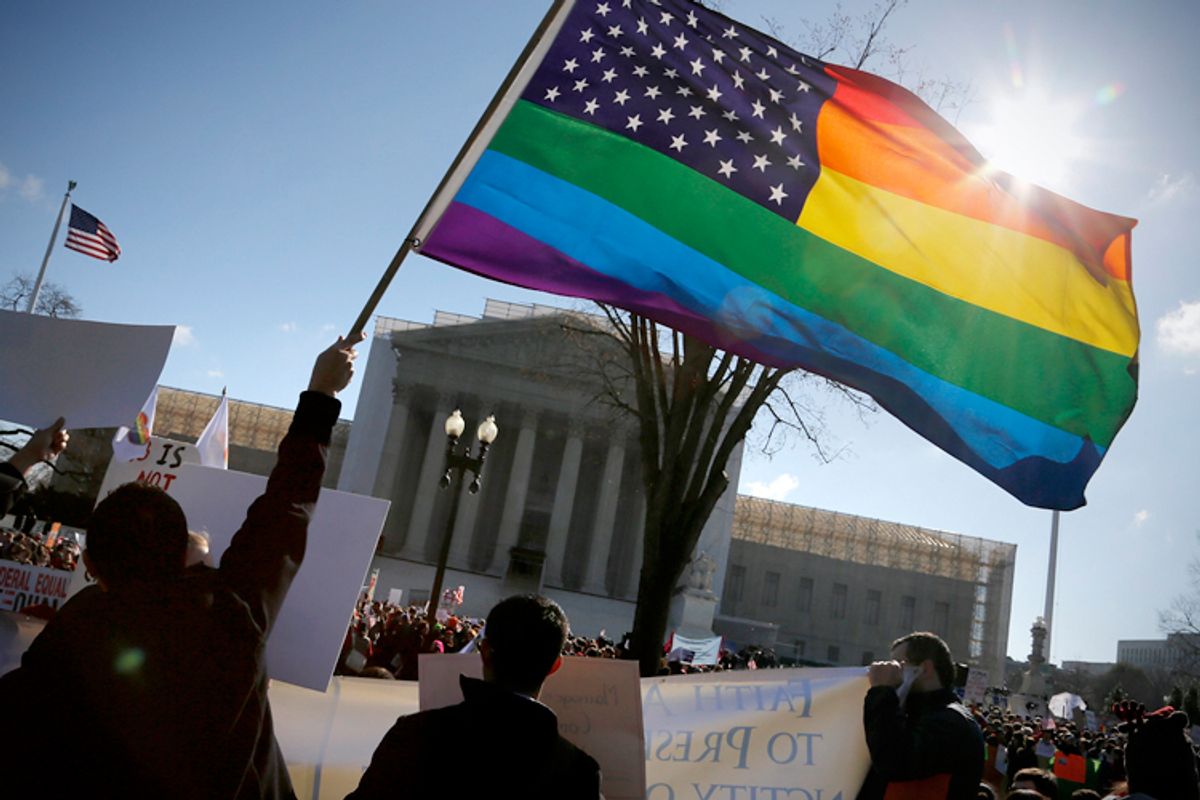 According to a report from the Pew Research Center, millennials are the most likely age group to support marriage equality in the United States. Research reveals that seven in 10 young adults born after 1980 believe that gay couples should be able to marry.

Recent data shows that support for marriage equality has risen among all age groups, a trend Pew attributes in large part to the millennials' influence:

While support for same-sex marriage has risen sharply among all age groups compared to even a decade ago, so-called “Millennials” (people born after 1980) are by far the most likely to say gay men and lesbians should be able to marry legally. In a March survey by the Pew Research Center, fully 70% of Millennials said they supported same-sex marriage. The report attributed much of the overall opinion shift to the arrival of that generation on the scene.

The attitudinal, generational and legislative shifts have combined to persuade many Americans — even those who oppose same-sex marriage — that it will inevitably be legal throughout the country. A poll conducted this past November by LifeWay Research, an affiliate of the Southern Baptist Convention, found that 64% agreed that same-sex marriage eventually will be legal everywhere.