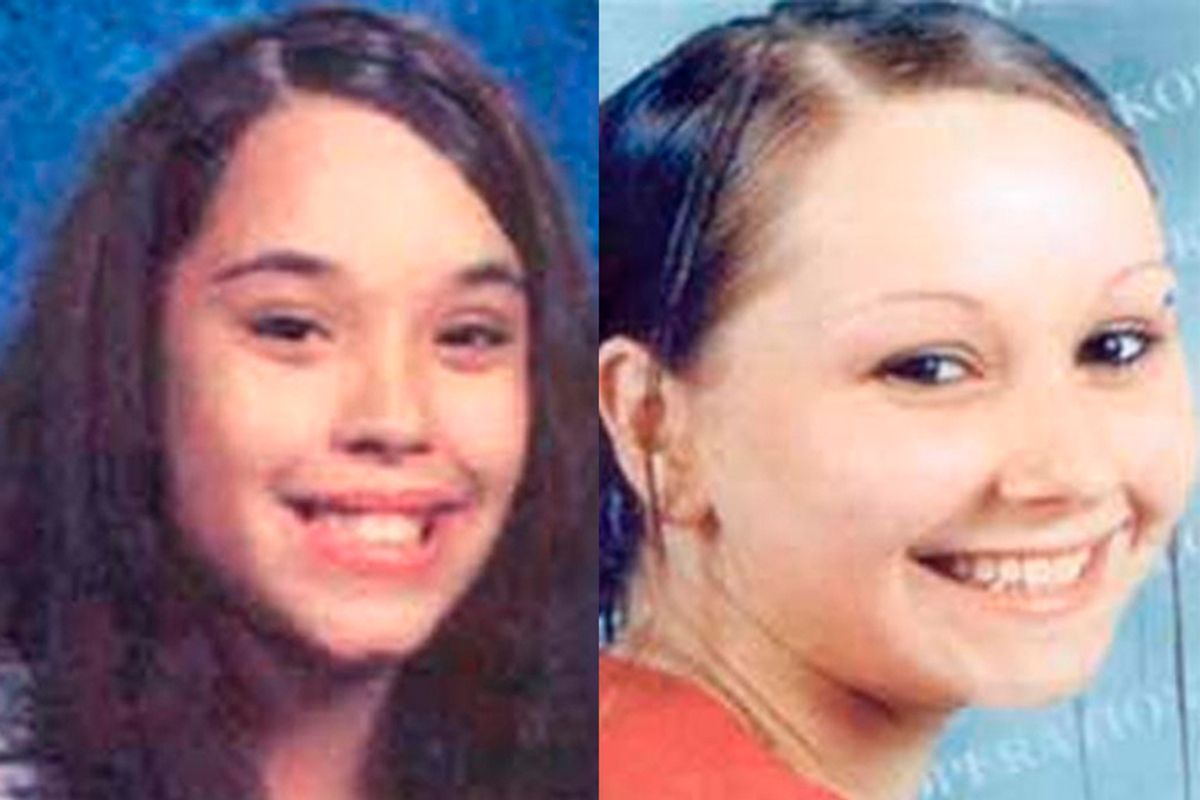 “Put yourself in her shoes,” Cleveland hero Charles Ramsey told a not-terribly-helpful 911 operator, who was trying to get more information about Amanda Berry, after Ramsey helped her escape from her 10-year imprisonment, rather than just sending police immediately.

Ramsey did what Cleveland authorities over a decade could not: He not only helped Berry get free, but he put himself in her shoes; he empathized enough to intervene in what he first assumed was a domestic violence dispute. (Breaking news from the Smoking Gun that Ramsey himself served prison time for domestic violence charges doesn't negate Ramsey's role in freeing Berry.)

We still don’t know how much police are culpable for failing to find Berry, Gina DeJesus and Michelle Knight. Multiple neighbors say they called 911 to report seeing women in distress; the police deny getting their calls. Confronted with those police claims, neighbor Israel Lugo told MSNBC: “It’s a bunch of BS.”

Eventually, we may find out the truth. But it’s clear that Ramsey, at least, took a risk and acted to help Berry escape. Neighbors say it was left to the girls’ mothers and community activists to keep the spotlight on the missing young women when police and authorities gave up in this forgotten working-class neighborhood in the shadow of I-90. A third of families live below the poverty line, and average household income is under $24,000. Still, people go to work – Ramsey has a job as a dishwasher. Amanda Berry herself was abducted on her way home from a job at Burger King.  They take care of themselves, or try to. And sometimes they’re able to take care of one another.

I find myself thinking about Ramsey’s most memorable line: “I knew something was wrong when a little, pretty white girl ran into a black man’s arms. Something is wrong here. Dead giveaway.” Ramsey spoke from the heart of his experience as a black man in segregated Cleveland, and segregated America. Still, I wonder if any of the missing girls were considered “white” by authorities -- or at least white enough to be part of the “missing white woman syndrome,” in which the disappearance of pretty, upper-middle-class white girls and women becomes a police priority and a national scandal. Think Chandra Levy, Natalee Holloway or Laci Peterson.

Outside of Cleveland, nobody knew about Amanda Berry, Gina DeJesus or Michelle Knight. To its credit, the Cleveland Plain Dealer kept a focus on the disappearances, and local television stations did their part, too. Still, the tireless efforts of Amanda’s mother, Louwana, and Gina DeJesus’ mother, Nancy, couldn’t keep the spotlight on the missing girls. A local Cleveland television reporter told CNN’s Wolf Blitzer that she stayed in close touch with Berry’s mother until she died, of heart failure, at 44 in 2006. “She felt helpless because the only thing she could do is reach out to us, and we did our best to, you know, get the word out. But it's one of those things you can only cover the story so many times, you know?”

Art McKoy, a Cleveland activist, told the Rev. Al Sharpton that Cleveland police were “a day and a dollar too short,” and that only the work of Nancy DeJesus and neighborhood activists kept any attention on the cases. They held vigils and passed on tips to the police. “Though sometimes we were pessimistic, we stayed strong,” against police assumptions that the girls were either dead, or had run away (sadly, a common conclusion when teenage girls disappear.)

For many in Cleveland, the case of Berry, DeJesus and Knight is disturbingly reminiscent of the Anthony Sowell nightmare, when a convicted sex offender raped and killed 11 African-American women in his home across town from the Castro house, burying their bodies there. As Connie Schultz recalled in the Washington Post, neighbors complained about Sowell’s house, citing a nauseating stench, but got little attention. “Again, this has happened to our women,” Schultz wrote. “Again, right under our noses.”

Certainly accused kidnapper and rapist Ariel Castro had come to police attention before: He was arrested but not convicted for domestic violence in 1993. Then in 2005, his ex-wife charged him with dislocating her shoulder and knocking out her teeth in 2005, as well as with “abducting” their daughters, but it’s not clear what became of the case.  The ex-wife died last year. One daughter is in jail for trying to slit the throat of her own daughter (she also tried to kill herself); the other, sadly, was a friend of Gina DeJesus. Castro’s crimes against women seem to have spanned decades and generations and included family as well as strangers.

In the end, it was Charles Ramsey, who called his neighbor a “cool” dude, who barbecued and listened to salsa with him, who brought an end to Castro’s reign of terror. It's possible that his own past played a role in motivating him to help Berry; we can only speculate. Ramsey seemed apologetic that he didn’t recognize Berry as the missing teenager in the news 10 years ago. “This is Cleveland,” he told Cooper. “Since they hadn’t found that girl, and I guess stopped looking for that girl, we figured that girl met her demise.”

This is Cleveland. Ramsey's resignation to official indifference speaks volumes, but it didn't stop him from doing the right thing himself. We’re getting a look at one of many forgotten American neighborhoods, where poor and working-class people mostly rely on themselves to get by. We had two white girls and a Latina rescued by a black man and a Latino from their Latino captor.  In a press conference Gina DeJesus’ aunt described Berry and Knight as her "family," too, and urged her neighbors to continue to hunt for another missing young woman from the neighborhood, Ashley Summers. “Look next door,” she said. “Bring our other family member Ashley Summers home.” If only the rest of the country recognized all of the missing young women, of every race, as family, we'd bring more of them home sooner.