Sex talk from the mouths of muppets 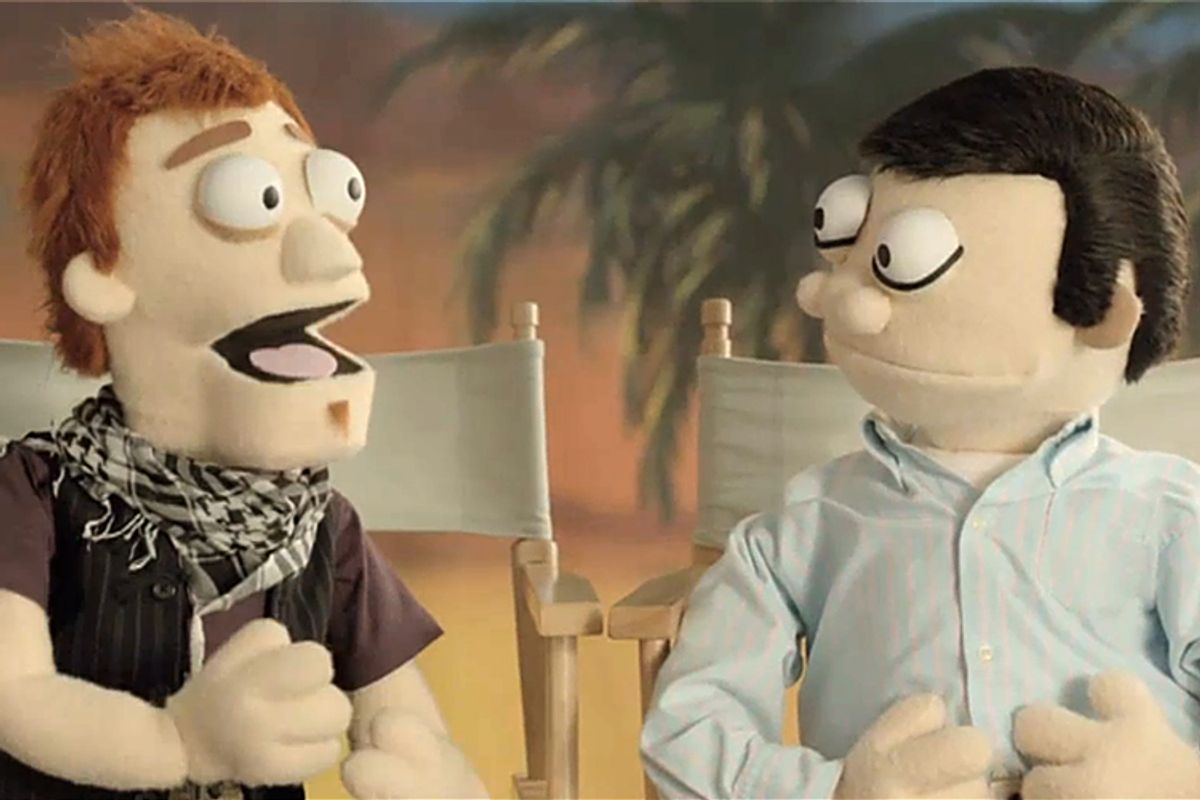 2013 isn’t half over, but the most creative reality TV show of the year has already premiered. "Felt,” which began Monday night on Logo, takes the audio from real couples therapy sessions and reenacts it — with puppets.  As the New York Times instructed over the weekend, “think Bert and Ernie, but in couple’s therapy, and real.” Twenty-four couples were given free therapy sessions in exchange for agreeing to have those sessions taped, but only the audio. The result is an exceedingly adorable show about troubled and disintegrating relationships.

By using puppets “Felt” has drastically reduced the skeezy voyeurism inherent in a series about sex therapy. There is much sex talk and even sex on "Felt," but of all the things puppets can do — and apologies to Miss Piggy —  they cannot be sexy. The kind of person who would agree to have his or her couples therapy session taped and then played out by puppets, his or her identity largely protected, does not have the same will-to-15-minutes-of-fame as a person who wants to, themselves, be on camera. There's nothing particularly salacious, sordid or invasive happening here.

If anything, "Felt" is maybe too easy to watch: Adorable is a little strange in a show about couples' deep, painful, recurring issues. However serious the audio gets, these puppets, all in the Jim Henson-style, move with a bop and a flounce, shading everything toward the light and cute, even when it’s not. One of the couples in the premiere episode, Alex and John, have been together for five years and are in the midst of an almost complete communications breakdown. By their second session, they are both sobbing. But muppets can’t cry; they can’t even blink. (“Felt’s” puppets have much buggier eyes than Bert and Ernie or any of the muppets, which doesn’t help.) The sound of tears has to carry the emotion, while the puppets sit there, faces unchanged, looking cuddly as ever. At one point, the therapist tells John to stop rolling his eyes. Puppets can’t do that either. There’s a lot of body language missing.

In the interest of giving the puppets something to do other than sit in a room, the couples are given "homework" assignments, the audio for which is also recorded, and then reenacted. A newly engaged straight couple whose sex life has faded out go to dinner, and ultimately agree to have sex in the bathroom. Another couple has been together for nine years and are largely happy — except for one partner's distaste for the other's midsection. They go to the gym. “I’m turned on just by being here. It makes me want to have sex … don’t you like it?” one of the men growls to the other. His partner replies, “No! I keep telling you no!” a moment that would be a lot more painful if it wasn’t being played out by puppets, who turn it into a sort of comedy. But that’s how "Felt" works, by smuggling hurtful, embarrassing conversations into the mouths of muppets.