What we missed: Steve Coogan and Julianne Moore's bitter divorce 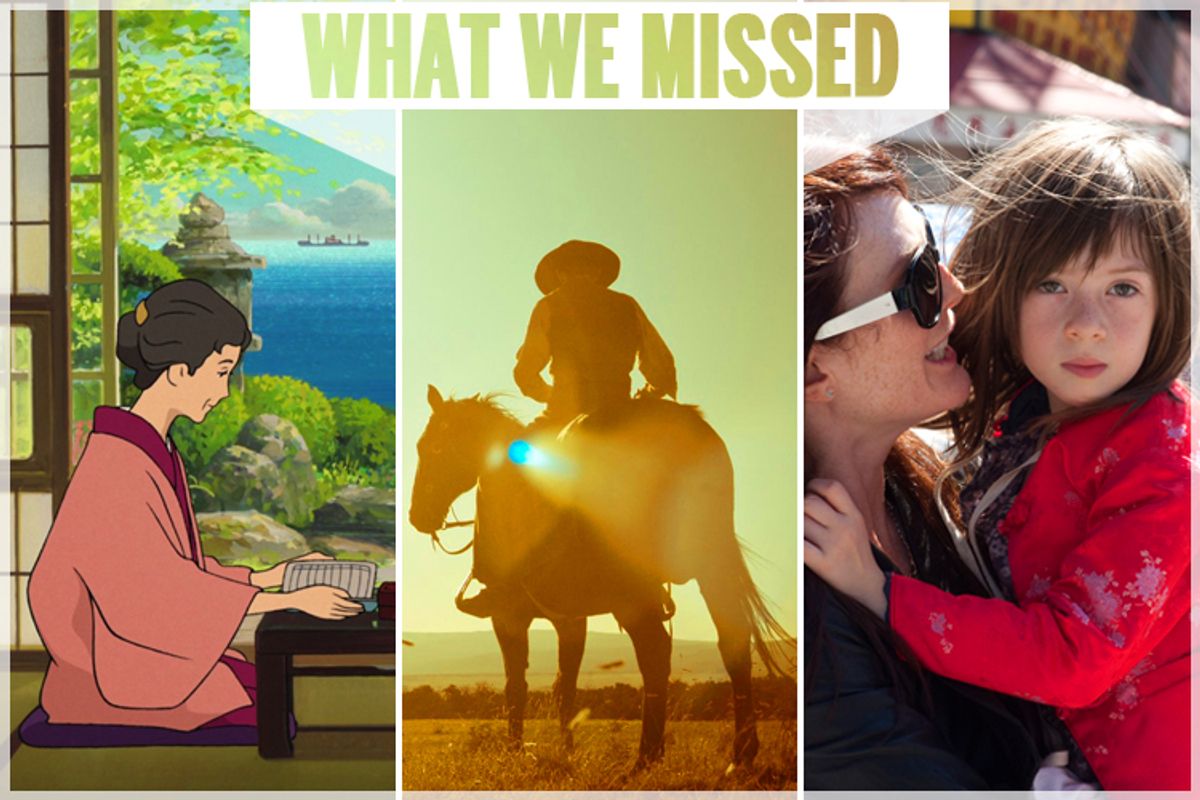 New movies still in theaters, or coming to home video, that we missed on first release.

It’s probably best to approach Scott McGehee and David Siegel’s intimate, unnerving and entirely addictive drama “What Maisie Knew” by not leaning too hard on its Henry James source material. While readers of James’ brief and brilliant 1897 novel will surely spot and enjoy the numerous parallels and points of connection, this is an absorbing 21st-century childhood thriller – not a contradiction in terms, I promise – that requires no literary study.

Maisie (the remarkable Onata Aprile, who has just the right combination of slyness and shyness) is a girl of 7 or 8, of the pampered yet neglected sort that’s entirely too common in Manhattan and other metropolitan locales. Her parents are a debauched rock star named Susanna (ruthlessly nailed by Julianne Moore), who has slid past her expiration date without noticing it, and a pompous English art dealer named Beale (Steve Coogan), who may be worse, since he’s wilier and more manipulative. Their custody battle drags Maisie through a half-understood world of nannies, private schools and courtrooms, mostly seen from her perspective.

I use the term “thriller” because “What Maisie Knew” has much of the tension and momentum of “The Deep End,” McGehee and Siegel’s best previous film. As in a thriller, we see possible outcomes very early on. We see, for instance, that Beale’s new wife, Margo (Joanna Vanderham), who happens to be Maisie’s previous nanny, and Susanna’s hastily married new bartender husband, Lincoln (Alexander Sarsgård), see Maisie’s needs and desires far more clearly than her actual parents do. As in James’ novel, the crux of Nancy Doyne and Carroll Cartwright’s screenplay is the question of Maisie’s infant moral sensibility, her understanding of the world, her too-early discovery that we have both the family we’re stuck with and the one we make for ourselves.

”What Maisie Knew” is now playing in New York. It opens May 17 in Los Angeles, with wider national release to follow.

A remarkable widescreen western made on a shoestring budget, Jared Moshé’s “Dead Man’s Burden” is a debut feature with impressive command of tone and style, reverberant with echoes of “True Grit,” “The Unforgiven” and “The Searchers.” We’re in the New Mexico Territory not long after the Civil War – about as wild as the Wild West could get – where Wade McCurry (Barlow Jacobs), a man long missing and presumed dead, returns to a home he’s never seen before. His married sister, Martha (Clare Bowen of TV’s “Nashville”), lives there now with her husband, Heck (David Call), since their parents and all their brothers are now dead.

From the very first scene, we know Martha’s got secrets she isn’t telling her long-lost brother – and for his part Wade has returned home after receiving a letter from their dad, which strongly appears to have been mailed after the latter’s demise. A man from a neighboring mining company wants to buy the McCurry farmstead, for one thing, and Martha has big plans to take Heck all the way to San Francisco and open a hotel. Whether that’s what Heck wants, and exactly what Wade’s been doing in the years since he left home – well, those are the questions, pretty much. But the heart of “Dead Man’s Burden” lies in the clipped, powerful performances of Jacobs and Bowen as siblings who love each other even as they edge close to war, and in the impressive, shot-on-film cinematography of Robert Hauer.

”Dead Man’s Burden” is now playing in New York, with a national rollout and home-video release to follow.

Japan’s revered Studio Ghibli and its founder, Hayao Miyazaki, are best known for animated ventures into fantasy and fairy tale, including such classics as “My Neighbor Totoro,” “The Princess Mononoke” and “Spirited Away.” In the latest Ghibli release, “From Up on Poppy Hill,” the animation is just as magical as ever, but the film’s focus is more subdued, more nostalgic and more realistic. Perhaps it’s no accident that this film quite literally introduces a new Miyazaki – at least officially, this is the first collaboration between Hayao Miyazaki, who co-wrote the screenplay, and his son Goro Miyazaki, who directs. (Goro’s only previous film was the 2006 Ursula Le Guin adaptation “Tales From Earthsea.”)

A quiet, charming story set in early-1960s Yokohama, poised between the impoverished postwar past and the industrial boom just ahead, “From Up on Poppy Hill” is loaded with reverent color and atmosphere. Its protagonist is a teenage girl named Umi (voiced by Sarah Bolger, in the English-language version), a classic storybook near-orphan – her father was lost at sea in the Korean War, and her mother is studying in America. Umi and her first real boyfriend, Shun (Anton Yelchin), must deal with all the tangled emotion of adolescence while also trying to save a ramshackle, idyllic childhood hideout – incongruously dubbed the Latin Quarter – that’s threatened with demolition in preparation for the 1964 Olympics.

While Goro Miyazaki was not yet a gleam in his father’s eye in 1964, he brings emotional freshness and a winning simplicity to this lovely little period fable, which was released on a small scale in New York a few weeks ago and has turned into the season’s sleeper family-audience hit. “From Up on Poppy Hill” can’t quite match the greatest of the Ghibli films, but it makes clear that there’s plenty of magic left in the Miyazaki family.