Our favorite bits of 1920s slang

Phrases like French kiss, blind date, sexpert and backseat driver were all coined in the roaring twenties 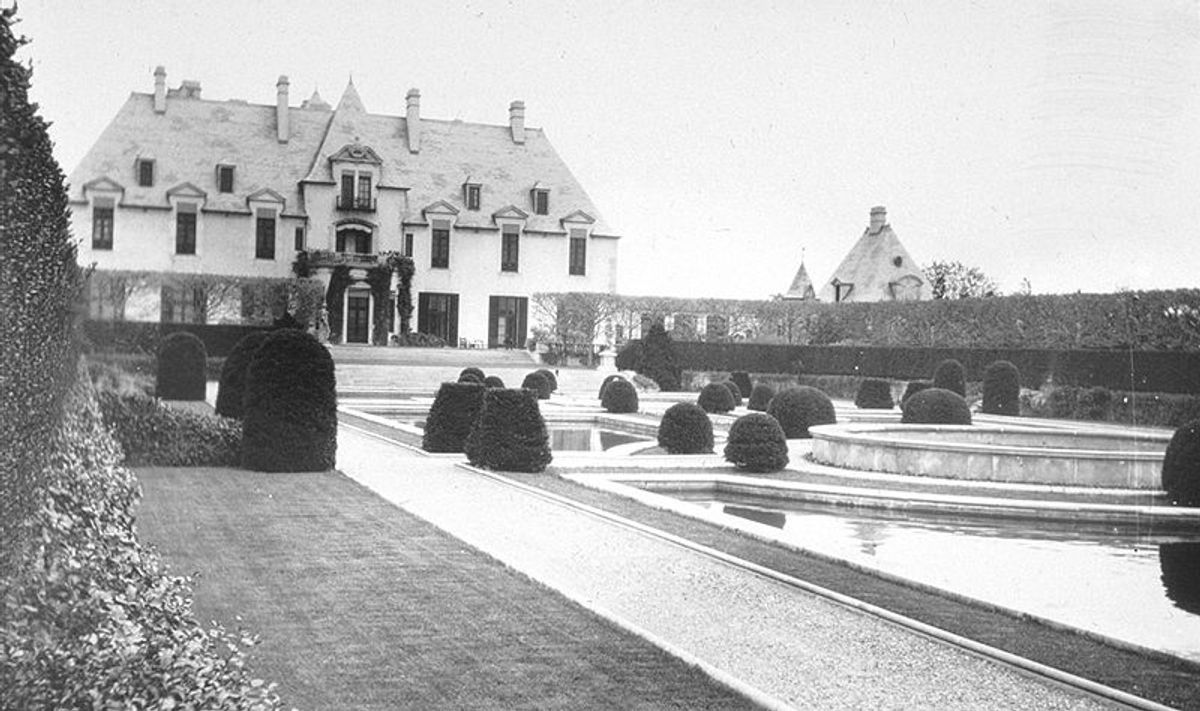 No doubt: The 1920s were the bee's knees. But the ads banking on the latest film adaptation of The Great Gatsbywould have you believe the Jazz Age was all about flappers, fashion, and parties. It was more than that.

After World War I, Americans had more money to spend. That combined with "low prices... and generous credit made cars affordable luxuries" in the early 1920s; by the end of the decade, "they were practically necessities."

With "a car in every backyard," automobile-related language entered the everyday lexicon. There was step on it, as in "step on the gas" or hurry up, in 1923; jalopy in 1924; and in 1927, back-seat driver, "a passenger who constantly advises, corrects, or nags the driver of a motor vehicle," and by extension, "a person who persists in giving unsolicited advice." (This 1929 article lauded Mrs. Charles Lindbergh for keeping her mouth shut as her husband flew and being "no 'back seat' driver.")

Americans were also going to the movies more. By the end of the decade, "three-quarters of the American population visited a movie theater every week," says History.com. Hollywood, a district of Los Angeles, came to refer to the U.S. film industry in general around 1926, three years after the Hollywood sign was erected.

Synonyms for the movies arose, including flick (1926) and the silver screen (1924). In 1921, Chaplinesque entered the vernacular, and in 1927, Valentino, named after movie heartthrobRudolph Valentino, came to mean a "good-looking romantic man."

Also in 1927, it meaning "sex appeal," while originally coined by Rudyard Kipling, was popularized by Elinor Glyn in her novel, It, and the film of the same name. Clara Bow, the star of the movie, became known as the It Girl, which now refers to any fashionable young female celebrity with a certain something.

The post-Victorian age also saw a change in "manners and mores," with raised hemlines ("all of nine inches above the ground"), petting parties (more on that later), and wider acceptance of contraception. Along with that came new words about sex and relationships.

Blind date, a date with someone one hasn't seen before, originated as college slang around 1921, says the Online Etymology Dictionary. The earliest attested use referred to the person one was going on the date with.

While we're sure the French kiss existed before the 1920s, the earliest citation in English is from around 1923, with the idea of equating French culture with "sexual sophistication."

Sexpert, a sex therapist or expert in sex, is attested to 1924. Sugar daddy, a rich older man who lavishes gifts on a younger woman, came about in 1926; gigolo, a male prostitute, is from 1922; and tomcat, to pursue multiple women, is from 1927, says the OED. To two-time, or cheat on a lover, is from 1924. The earlier non-romantic notion of to deceive or double-cross is from 1922.

Now how about those petting parties? The earliest citation goes to F. Scott Fitzgerald in his debut novel, This Side of Paradise, published in 1920: "That great current American phenomenon, the 'petting party.'" (Petting, in case you were unclear, refers to the "practice of amorously embracing, kissing, and caressing one's partner.") However, not everyone was such a fan of this 1920s version of PDA, such as one Fay King in a 1923 article:

But when this love stuff becomes a dull, deadly determined battle of the eyes, and a kiss is a long drawn out disgusting episode, it's time somebody blew a whistle or rang a bell to remind these love birds that public petting parties are not permitted.

The term sleep around originated around 1928, says the OED, with the earliest recorded mention by Aldous Huxley: "'Sleeping around'—that was how he had heard a young American girl describe the amorous side of the ideal life, as lived in Hollywood."

Who were these young girls? We know them as flappers. The term flapper originated around 1921, but where it came from is uncertain. A possibility is flapper meaning "a young bird when first trying its wings," or the 17th century flap meaning "young woman of loose character."

While we might think of the flapper as a sexually free "young woman with bobbed hair and short skirts who drank, smoked and said what might be termed 'unladylike' things," the termflapper became "the popular press catch-word for an adult woman worker, aged twenty-one to thirty."

In 1926, a train which conveyed "only female workers to London each morning" was dubbed "the flapper special." From a 1927 article about giving women over 21 in the United Kingdom the right to vote: "The expression 'flapper vote' has been used by those who strongly denounced the plan to extend the vote to women between the ages of twenty and thirty." Lady Astor, "American born pioneer woman member of the House of Commons," responded:

They are not flappers; most of those 5,000,000 women who are going to vote are hard workers. They went into factories during the World War. They are still at work and now they are going to have their rightful vote.

The first election in the United Kingdom to allow women over 21 to vote was often called the Flapper Election.

Despite the passing of the Volstead Act of 1919, at least a few new drink words sneaked into English. Bubbly, slang for champagne, is from 1920. It comes from the earlier bubbly water, which now refers to water that's carbonated. The sidecar, "a cocktail combining brandy, an orange-flavored liqueur, and lemon juice," came about in 1928, says the OED.

Daiquiri, a cocktail of "rum, lime or lemon juice, and sugar," is first attested to Fitzgerald in This Side of Paradise: "Here's the old jitney waiter. If you ask me, I want a double Daiquiri." Daiquiri is also the name of a beach in Cuba, and was supposedly invented by an American mining engineer who was there during the Spanish-American War.

To discourage illegal drinking, in 1924 a national contest was held "to coin a word to characterize a person who drinks illegally." Two contestants simultaneously entered scofflaw, a combination of scoff and law. Now scofflaw also refers to "one who habitually violates the law or fails to answer court summonses."

Continued demand for alcohol and lack of legal supply led to supply by criminal means. Although the term speakeasy had been around since the late 19th century, it gained wide usage during the Prohibition. (For more on speakeasy language, check out this post from the OxfordWords blog.) The mob, referring to organized crime, originated in 1927. The fuzz, slang for the police, is from 1929, while cop a plea is from 1925.

In terms of harder stuff, weed became slang for marijuana in the 1920s, perhaps as a shortening of locoweed. From a 1924 article:

"Marihuana," or "Marijuana" as some spell it, the everyday "loco weed" that formerly grew wild on the deserts of northern Mexico, now is being cultivated on thousands of acres in that country for sale to addicts of the plant in this country.

Crash meaning "to join or enter... without invitation" originated around 1922. The financial meaning of a "sudden severe downturn" is older, from 1817, but gained resurgence with the Wall Street crash of 1929, which marked the end of a prosperous and seemingly carefree time.