Pick of the week: The actress-turned-director uncovers startling truths in the can't-miss doc "Stories We Tell" 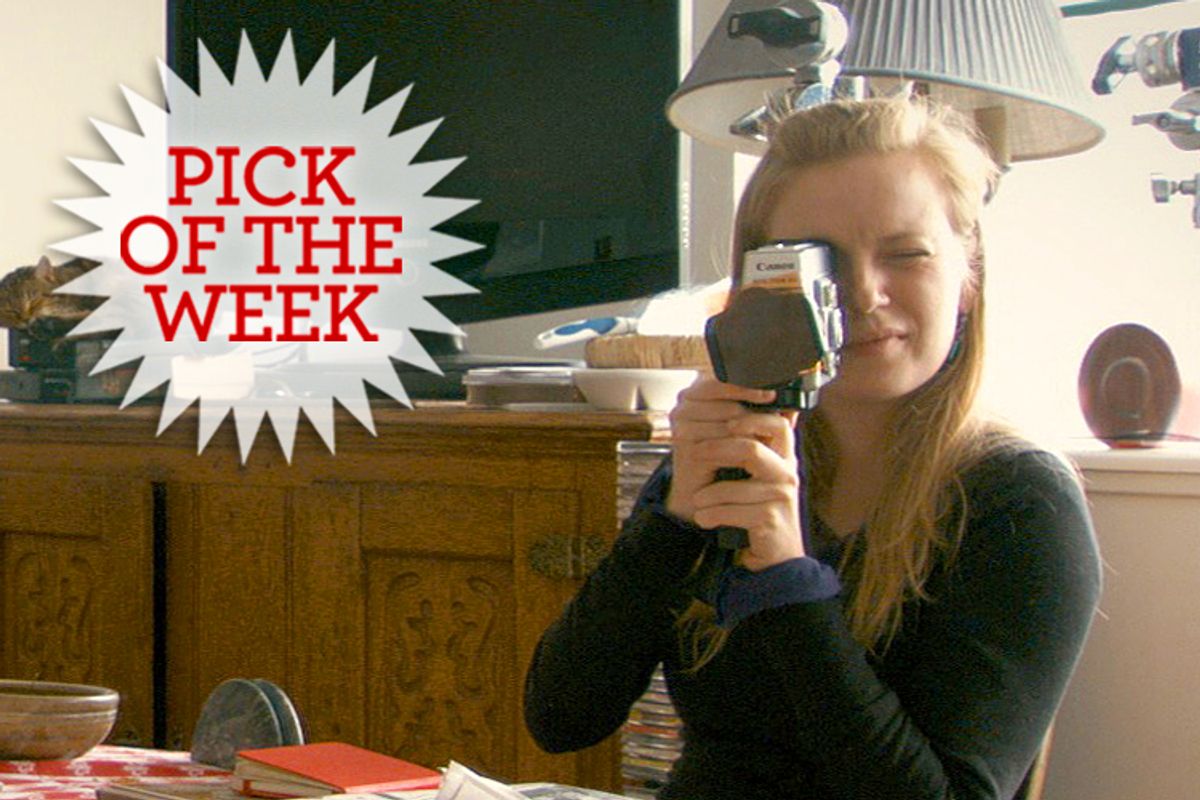 Sarah Polley’s “Stories We Tell” is two or maybe three dangerous kinds of movies all at the same time, and handled so brilliantly that the result is a transformative, unforgettable work of art. This documentary about Polley’s own surprising family secrets -- which includes some sneaky fictional or imaginative elements -- might sound at first like a personal indulgence but becomes something much larger and subtler: A gripping investigation of the ultimately unknowable past, a meditation on how and whether we can actually know anything, and an act of profound love and generosity. That generosity extends not just to the members of Polley’s WASPy Canadian family – although you certainly feel that – but also to the audience. I left the theater thinking not just about Polley’s family secrets but my own, for which of us truly knows where we came from, or what unrecoverable stories of love and heartbreak lie in our prehistory?

Polley is a 34-year-old actress-turned-director likely still best known for her roles in late ‘90s and early 2000s indie films, from Atom Egoyan’s “The Sweet Hereafter” to Doug Liman’s “Go” to Zack Snyder’s “Dawn of the Dead.” She turned to filmmaking with the 2007 Alice Munro adaptation “Away From Her” and then made the semi-autobiographical “Take This Waltz” with Michelle Williams. Both were bristling, intelligent and formally inventive films that made clear that directing wasn’t some vanity side pursuit. With “Stories We Tell,” which evades both the pitfalls of overly personal filmmaking and those of fiction-documentary hybrids – not to mention the philosophical trap of making a film “about narrative” instead of simply telling a story – Polley has delivered the first masterpiece of what promises to be an important career.

It’s pretty tough to discuss this movie without disclosing its big “reveal,” a fulcrum or pivot point around which the whole story turns, and which shapes Polley’s method of telling it. Let’s just say that what begins as an apparently winsome memoir of her late mother, an effervescent and outgoing casting director and sometime actress named Diane, grows steadily deeper and opens the doors to ever more hidden rooms. Polley interviews her own siblings – and often keeps in their eye-rolling or acerbic commentary at her artistic process – and many of Diane’s friends, and includes many snippets of 8mm home movies, which we assume at first to be legitimate.

As the tale develops, Diane’s marriage to Michael Polley, a suave and dark-haired English-born actor, comes to seem like a troubling mismatch between drastically different personalities. (By his own admission, Michael is a gloomy, introspective fellow who lacked ambition and embraced routine.) What exactly happened when Diane left the Polley home in Toronto for several months, to act in a play in Montreal, not long before Sarah was born? If there was another man, who was it? And with the protagonist in the story long dead, can anyone now tell it the way it really happened? Let’s make clear that from the outset, Michael Polley himself appears as almost a co-author of “Stories We Tell.” This story about his late wife’s possible infidelity is based on his own memoir, and Michael himself is the film’s narrator.

In a poignant and faintly postmodern device that Sarah Polley may lean on the tiniest bit too hard, we frequently see her directing her dad in the recording studio. He’ll read out a wrenching piece of text while she listens through headphones, with the apparent attitude of a recording engineer: “Can we take that again, Dad? Just that last part?” But you know what? As a half-member of the Anglo-Saxon tribe myself (on my mother’s side), I can relate: This is how these people communicate! They’re doing the best they can; to treat painful emotional material from an attitude of technical distance is still better than not dealing with it at all. (My mother has more than once shown me poems in manuscript by way of telling me she was going through a difficult time.)

Sarah Polley herself appears in the film several times, but only in the guise of director or interviewer, or as the author of emails read aloud on the soundtrack. She never addresses the camera directly about what she thinks or feels, even as the story of her mother’s long-ago Montreal adventure comes to seem more and more directly personal. One of the principal threads in “Stories We Tell” is exactly what the title suggests: All families have built-up narratives or jokes (“You don’t look anything like Dad – but you look like the milkman!”) that serve both to conceal and reveal, and even people who are sure they know the truth about the past have hold of only bits of it. Polley tracks down several of her mother’s possible paramours from that now-forgotten show in Montreal, including Geoff Bowes, a handsome fellow actor, and Harry Gulkin, the avuncular producer, and some surprising and ultimately irrefutable evidence finally emerges.

But even the most startling kinds of facts, such as the news that Diane came very close to having an abortion when she was pregnant with Sarah, make up only part of any family’s story. As we eventually discover, most of that highly convincing 8mm footage – of Diane’s unhappy first marriage, of she and Michael together, of boozy actor-gang parties in Montreal – features actors, and has been concocted for this film. Polley is trying to do something exceptionally delicate here. She is recapturing possible visions of a past that some living people still remember, while acknowledging that memory and truth are not the same and that what her mother knew and felt can now only be imagined. “Stories We Tell” is at once a work of ingenious and even devious craftsmanship, a haunting triumph of imaginative art and a heartfelt and heartbreaking love letter from father to daughter. Don’t miss it.

“Stories We Tell” opens this week at the Angelika Film Center and Lincoln Plaza Cinemas in New York. It opens May 17 in Los Angeles, with wider national release to follow.