For years, I've been sharing the novel 140 characters at a time. Who says social networks prevent us from reading? 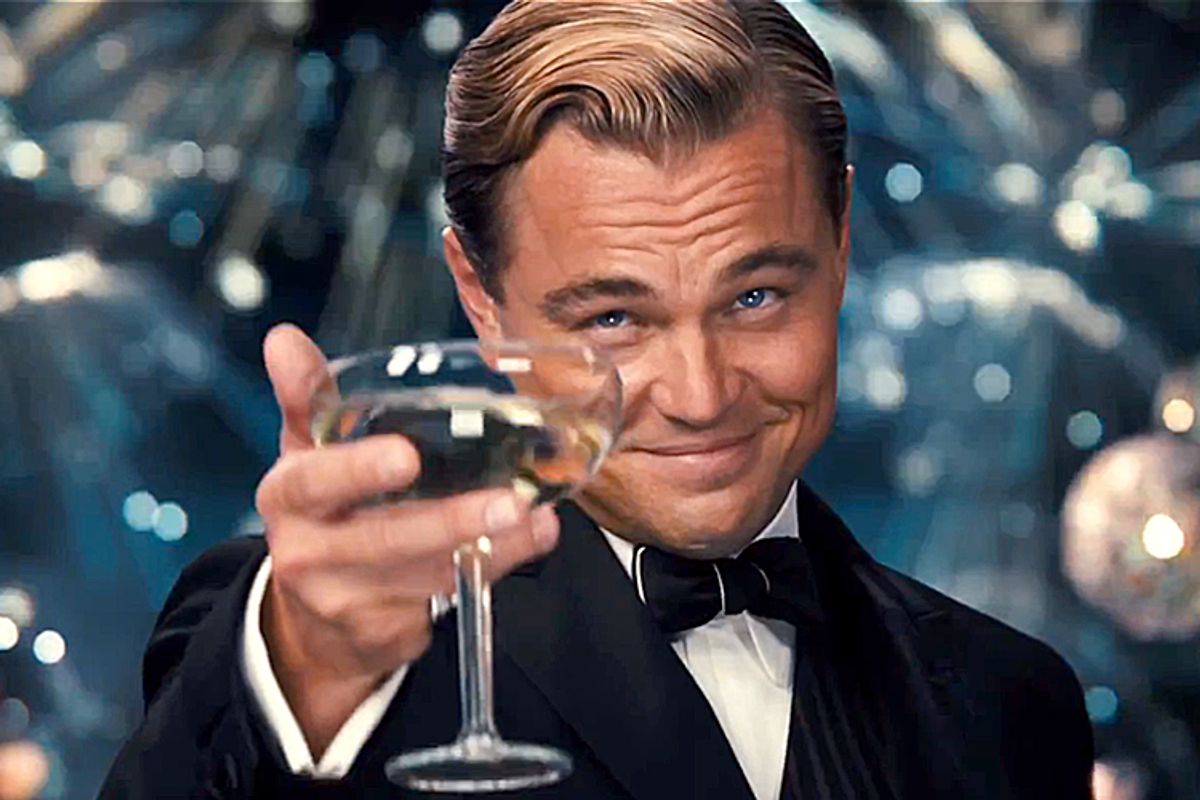 And so my project began. I entered the first line of the book in the text field: "In my younger and more vulnerable years my father gave me some advice that I've been turning over in my mind ever since." At 119 characters, I didn't even have to abbreviate.

For the next three and a half years, I made my way through the book line by line, tweeting it 140 characters at a time. (I'm still on chapter three.) I never explained what I was doing, which has led to some confusion. Somebody once asked me if I was working on a novel, and I said, "Yes." It then became apparent this person thought I was writing the novel myself. This person was very attractive and found the writing quite good. You have no idea how hard it was to tell him the truth.

So, why did I decide to tweet every line of "The Great Gatbsy"? After all, it is not my favorite book. My favorite book is "The Age of Innocence" on Mondays, Wednesdays and Fridays, and "The Beautiful and Damned" on the other days of the week. "The Great Gatsby" wasn't even in my top 20.

But I had spent a great deal of time debating the text with a man I was seeing, and we'd had long, undergraduate-style conversations about the homoerotic subtext of the book. (He saw it; I didn't.) I was 24 and starting to realize that the useless things I discussed in college were, maybe, the most wonderful things to discuss. So much of casual adult life seemed to be taken up with talk of logistics and how very, very tired everyone was.

When that man and I parted ways, I was scared, mostly, that there would be no more reason to thumb through novels searching for specific lines in specific books that had no practical application to anything. I was scared, furthermore, there would be no one else to do that with. This seemed a lonely prospect. It would be convenient to say that I began tweeting "The Great Gatsby" because it was about lost love. But I think I did it because I wanted some people to talk to.

And I found them.

One woman parodies every line after it runs. This must be challenging for her, because the lines go out at random times, often between midnight and 2 a.m. if I’m not drinking.

Then there is the guy who sends me perverse messages on Twitter. Yes, there is a stranger who sends me depraved tweets. It's no more surprising than catcalls on the street, which is to say, it's a bit baffling. After all, very few women respond to messages like, “I’m throwing a party for just me and you in my place. Show up with no panties under your skirt" by saying, “What an excellent idea! I will bring cupcakes and hats!” But I think the project brought us closer because one day, he wrote, “WTF do you just tweet random lines from 'The Great Gatsby'?”

Suddenly indignant, I replied that the lines were in order.

He replied, “She already knew he wanted her. But would he be willing to dress up like F. Scott Fitzgerald to win her love?”

You accept progress where you can.

The lines often get re-tweeted by my followers, much more frequently than anything I write myself, which is distressing since I sometimes spend entire lunch breaks thinking of something clever to say. At those times, F. Scott Fitzgerald feels like some witty friend I've invited over who upstages me. I mean, here I am, trying to tell a PRETTY COOL STORY, and there he is, saying something brilliant again. The experience has made me feel a smidgen closer to Hemingway, who also did not like being upstaged. I have begun to develop a twisted affection for whole portions of "A Moveable Feast" that I would have otherwise never cared for.

But in those moments, I remind myself that I am performing a public service. There may be people in the world who have never read "The Great Gatsby," but not people who follow me on Twitter, by God. And there is something lovely about the slow process of discovering a book 140 characters at a time and realizing that something you thought was good is, indeed, very, very good.

People often complain that social media has left us hopelessly distracted. Twitter and Facebook steal our attention from the deep-focus experience of reading a novel, but I have found the opposite to be true. It is through the process of copying the lines slowly that I have been able to appreciate every single sentence, giving me unexpected insight into the book. I am struck by the magnificence of lines that don't even have to be good. At this moment, I am tweeting a portion where Jordan Baker is walking into the house to meet Gatsby. Fitzgerald writes, “I noticed she wore her evening-dress, all her dresses like sports clothes.” And then (Next tweet! You’re getting two nights in a row right here!), “There was a jauntiness about her movements as if she had first learned to walk upon golf courses on clean, crisp mornings.” Isn’t that splendid?

Savoring the book in this way has also taught me what a bad reader I generally am. I think many of us are. Our failure is that we do not read all the words on the page. We do not need to read every word in most books, so we skim and flip pages and skip to the action. But a book like "The Great Gatbsy" demands careful attention. I have discovered, for instance, that I was wrong about the homoerotic subtext. It's totally there.

I also have noticed how certain lines will give me the elegant vocabulary to describe something going on in my own life. I came home from a bad date once and discovered this: "Jordan's escort was a persistent undergraduate given to violent innuendo." How much more colorful than saying, "What a jerk." I returned from a very intellectual party to find Nick Carraway describing how uncivilized he felt at his own soiree. "Can't you talk about crops or something?" he asked. It's not that the book was about my life. But great writing can be like a horoscope -- it can feel specific and true even as it applies to multiple circumstances. Those lines made my daily troubles seem somehow beautiful and profound. They made me feel less alone.

“Gatsby” isn't really a perfect book to tweet. The sentences often go on slightly too long to fit the 140 character limit. Bizarrely, I find they are often 149 characters, which is extremely frustrating. (Where to break?) Hemingway, with his crisp concise sentences, would have made a better Tweeter. Somewhere in his grave, I hope he is taking some pleasure in that. Meanwhile, most of my tweets are jokes about killing all the plants in my house, so I have nothing on Fitzgerald or Hemingway. But then, they have nothing on @Wise_Kaplan, so I suppose we all beat on.

Jennifer Wright is the author of "It Ended Badly: Thirteen of The Worst Break-Ups In History" and the upcoming "Get Well Soon: History's Worst Plagues And The Heroes That Fought Them" (MacMillan). You can follow her on Twitter @JenAshleyWright.