Was ending the draft a mistake?

Without conscription war has become an abstraction, enabling a new "era of persistent conflict" 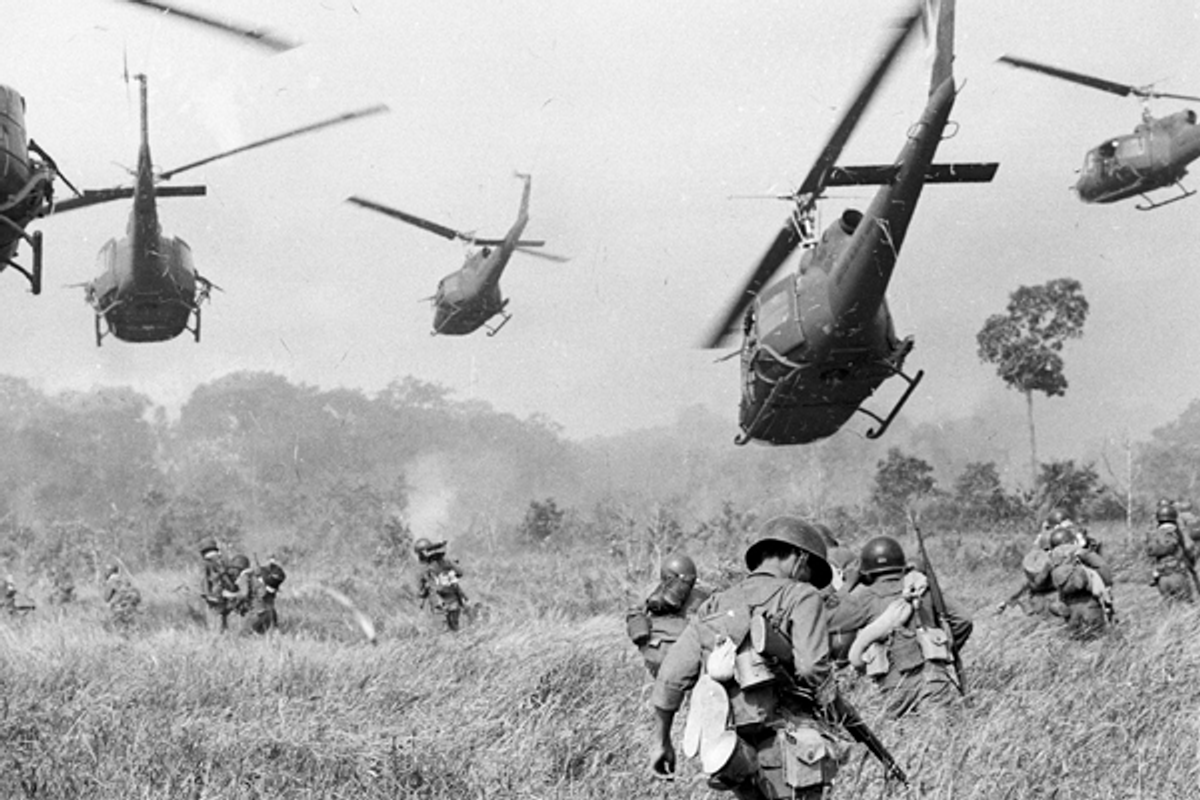 Few probably recall the name Dwight Elliott Stone. But even if his name has faded from the national memory, the man remains historically significant. That's because on June 30, 1973, the 24-year-old plumber's apprentice became the last American forced into the armed services before the military draft expired.

Though next month's 40-year anniversary of the end of conscription will likely be as forgotten as Stone, it shouldn't be. In operations across the globe, the all-volunteer military has been employed by policymakers to birth what Gen. George Casey recently called the "era of persistent conflict." Four decades later, we therefore have an obligation to ask: How much of the public's complicity in that epochal shift is a result of the end of the draft?

There is, of course, no definitive answer to such a complex question. However, a look back at some lost history shows that today's public acquiescence to militarism was exactly what the government wanted when it ended the draft.

That loaded term -- "militarism" -- was, in fact, a prominent part of the 1970 report by President Nixon's Commission on an All-Volunteer Force. In its findings, the panel worried about "a cycle of anti-militarism" in a nation then questioning America's increasingly martial posture.

Noting that "the draft is a major source of antagonism" toward the growing military-industrial complex, the report praised the fact that "an all-volunteer force offers an obvious opportunity to curb the growth of anti-militaristic sentiment."

Nixon's commission did devote some empty rhetoric to downplaying "the fear of increased military aggressiveness or reduced civilian concern" about military actions in the event of an all-volunteer force. But the report's political conclusions were clear: By disconnecting most Americans from the blood-and-guts consequences of war, the end of the draft would "decrease dissent stemming from conscription" and "close one of the channels" of antiwar organizing.

Today, such conclusions read like prophecy. Though polls showed that many Americans opposed the Iraq War, that invasion and occupation was historically unprecedented in length and yet never generated the kind of mass protest that earlier, shorter wars evoked. Same thing for the Afghanistan War. Same thing for all the forward deployments to far-flung bases and one-off missions.

The pattern suggests that in the absence of conscription, dissent -- if it exists at all -- becomes a low-grade affair (an email, a petition, etc.) but not the kind of serious movement required to compel military policy changes. Why? Because as former Defense Secretary Robert Gates put it, without a draft "wars remain an abstraction -- a distant and unpleasant series of news items that does not affect (most people) personally.”

The danger, says West Point's Lance Betros, is that Americans then "reflexively move towards a military solution before they will try all the other elements of national power."

That reality has prompted some lawmakers in recent years to propose reinstating the draft. They argue it is the only way to compel Americans to truly care about the foreign policy and national security decisions of their government.

Well-meaning people can certainly disagree about whether a modern-day draft is a good idea or not (and it may not be). But 40 years into the all-volunteer experiment, it is clear that ending conscription was as much about giving citizens the liberty to abstain from as about quashing popular opposition to martial decisions. By design, it weakened our democratic connection to the armed forces, a connection that is the only proven safeguard against unbridled militarism.