Top 5 investigative videos of the week: Some rich people are just jerks

From the penthouses of Park Avenue to the sweatshops of Bangladesh, a look at the finest docs YouTube has to offer 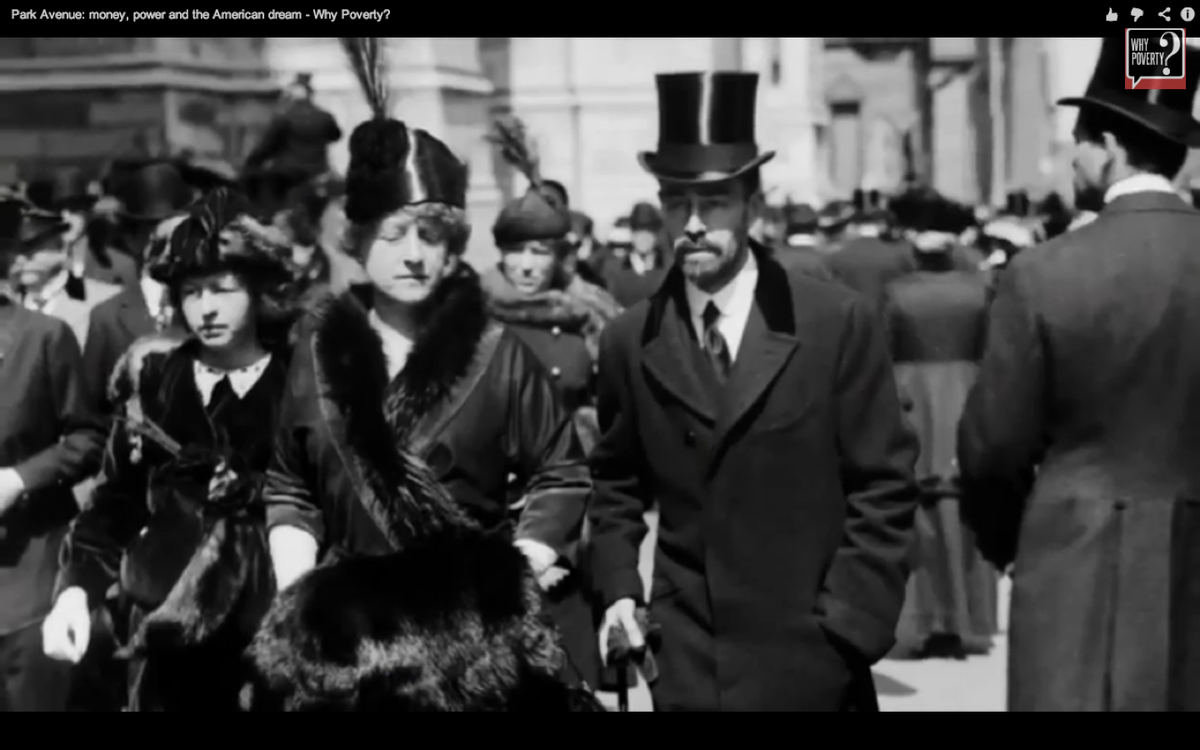 Rigged Monopoly, secret agents, mysterious tattoos and one glum Ghost of Gun Control all make an appearance in this week’s top investigative videos.

For a first look at the best news stories and documentaries from around the world, please take a moment to subscribe to The I Files, a totally free and carefully curated news source. We pore over hundreds of hours of videos so you don’t have to and highlight the best stories you might have missed. We don’t mind – it’s what we do.

Incidentally, The I Files editorial team totally shares the snacks whenever we play Monopoly, unlike some people we know.

“Park Avenue: Money, power and the American dream,” Alex Gibney for the “Why Poverty?” series

“Some rich people are just dicks.”

So says one author interviewed in Alex Gibney’s opinionated, enlightening and anger-inducing documentary “Park Avenue: Money, Power and the American Dream,” part of the “Why Poverty?” series that recently won a Peabody Award.

After watching this video, you see his point. Gibney argues that the ultra rich use their wealth to manipulate public policy and benefit from a system they increasingly dominate. In a country where the 400 richest people control more wealth than the entire bottom half of the country, Gibney asks, “How much inequality is too much?”

The doc examines two sections of Park Avenue in New York: One runs through Manhattan’s wealthiest neighborhood, while the other winds through the South Bronx, America’s poorest congressional district, where 40 percent of the people make less than $40 a day. Gibney carefully pulls apart the longstanding notion of America as the land of opportunity where a person on the poor side of Park Avenue can work his or her way up to the rich side, if only he or she works hard enough. In fact, upward mobility in the U.S. lags behind almost all other advanced industrialized democracies. By the end of the film, the river separating the two neighborhoods begins to look like an uncrossable chasm.

In one striking scene, a psychologist has put together an experiment involving an openly rigged game of Monopoly to look at why the ultra rich seem to be so unsympathetic and even hostile to those on the lower rungs of the economic ladder. In this game, one volunteer is arbitrarily assigned the role of the rich player and gets a number of unfair advantages – earning more money, using two dice to go around the board faster – that ensure the player will win. Despite the fact that the game is obviously rigged, rich players start displaying a palpable sense of entitlement, even gobbling up the majority of the strategically placed snacks and coming to believe that they deserve to win, as though their victory is due to innate intelligence and strategy rather than unfair rules that pre-determined the outcome from the start.

My other favorite part of the film involves Gibney’s rumination on conservatives’ love of author Ayn Rand and her extreme laissez-faire philosophy. He includes some funny excerpts from a film version of “Atlas Shrugged,” which plays out a doomsday scenario in which the billionaires withdraw from society and leave the rest of us to fend for ourselves. Cue the fire-ridden apocalyptic disaster clips and close-up of the distressed blonde yelling, “No!”

“The Man Who Armed the Panthers,” Seth Rosenfeld and the Center for Investigative Reporting

After the Boston bombings, there has been increased attention on FBI informants and the role they play in preventing or encouraging violence.

This multimedia piece explores this territory, delving into the secret life of Richard Aoki, the man who gave the Black Panthers their first weapons – at the same time, it is now revealed, that he was an informant for the FBI. Aoki was a well-known activist and mysterious character to boot – a Japanese American who was a prominent member of the African American organization, always wearing his trademark sunglasses, even at night.

Journalist Seth Rosenfeld broke the story of Aoki’s past in the book “Subversives,” which he spent 30 years researching. Rosenfeld was tipped off about Aoki from the FBI agent who says he worked with Aoki and obtained corroborating FBI files through a Freedom of Information Act request.

This piece is just the beginning of Rosenfeld’s investigation; thousands of FBI documents have yet to be examined. But it raises some tantalizing questions – why did Aoki arm the Panthers? Was the FBI involved?

Aoki committed suicide in 2009 and never publicly confirmed his involvement with the agency. Rosenfeld interviewed Aoki by phone two years before his death, but the recorded conversation is maddeningly opaque. When Rosenfeld confronts Aoki about his involvement with the FBI, Aoki denies it in a roundabout way, saying obliquely that the story is “complex – layer upon layer.”

“Grandma’s Tattoos” follows the personal story of filmmaker Suzanne Khardalian as she investigates the truth behind the strange markings on her grandmother’s hands and face. In the course of her investigation, Khardalian uncovers the experience of Armenian women who were driven out of Ottoman Turkey during World War I.

“As a child, I thought these (tattoos) were devilish signs that came from a dark world. They stirred fear in me,” she explains. “What were these tattoos? Who had done them and why? But the tattoos on Grandma’s hands and face were a taboo. They never spoke about it.”

Khardalian remembers her grandmother as a distant and unpleasant woman who seemed to experience no joy from family life, never hugging or kissing her granddaughters and rarely smiling.

“She had no love for us,” Khardalian recalls. “Something was missing. Her soul was missing. She was alive, but she was a walking corpse.”

Retracing her grandmother’s journey through the deserts of Syria, Khardalian learns some of the truth behind the strange tattoos – signs of violence and slavery that the rest of the family had tried to forget. All the time, in the background of the film, the figure of Khardalian’s grandmother is a haunting presence partly illuminated but never fully revealed.

Is there blood on your clothes? This BBC investigation examines the human cost behind many of the garments made abroad and sold in the West.

The story of the tragic collapse of the factory in Bangladesh – one of the worst industrial accidents of modern times – has brought to light the horrible Catch-22 of the country’s $20-billion-a-year industry. On one hand, the garment industry provides millions of desperately needed jobs and empowers women who otherwise might be unemployed. But at the same time, the very cost-cutting measures that make Bangladesh attractive to Western companies result in unsafe conditions that endanger the lives of workers and can lead to catastrophic results.

This BBC report investigates how some Western corporations seemingly turn a blind eye to the unsafe conditions in their factories, in favor of the bottom line. Shot just before last month’s building collapse, the story chronicles the fallout of an earlier factory fire that left more than 100 dead and scores wounded. Using hidden cameras, the BBC finds evidence of child labor and signs that cost-cutting practices that led to the tragedy remain unchanged.

“If I ever see the owner (of the factory), I’ll burn him alive,” says the mother of one victim, “just like he burned my child to ash and emptied a mother’s chest.”

“The Ghost of Gun Control,” Drew Christie for The New York Times Op-Docs

In this sarcastic, darkly opinionated animation, the Ghost of Gun Control laments the failure of the latest attempt at firearms legislation and bemoans how his popularity has waned since “the days of Nintendo 64 and the Spice Girls.”

“Each time I’m brought back out of retirement, I’m a less robust version of my previous self,” the ghost glumly intones.

The piece offers some surprising bits of history, like the fact that Republican icons such as Richard Nixon, Ronald Reagan and even the National Rifle Association have all, at various times, supported previous incarnations of gun control laws.

“Many modern gun enthusiasts yearn to be back in the Wild West days, shooting bad guys and roping various bovine creatures,” the Ghost says. “But in reality, they would have faced stricter gun laws in many frontier towns than they do today.”