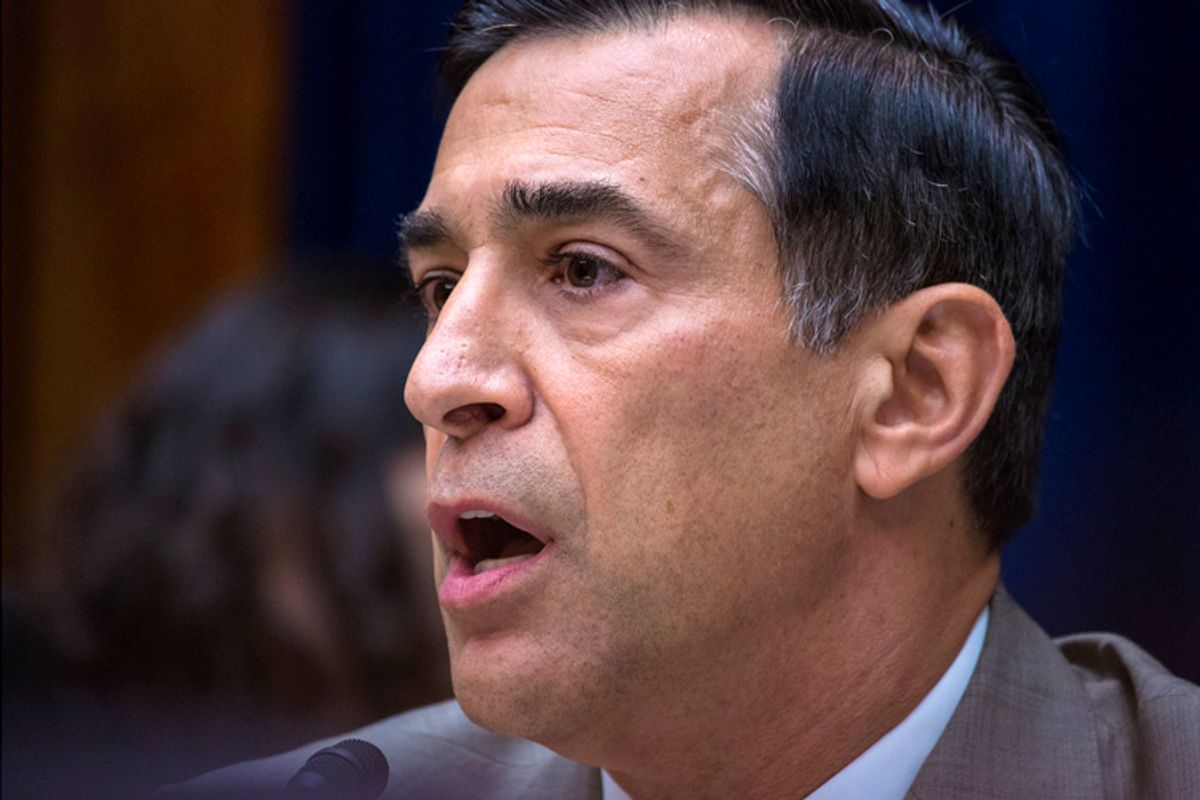 WASHINGTON (AP) — The Republican chairman of the House oversight panel is asking a veteran diplomat and a former chairman of the Joints Chief of Staff for sworn testimony about their investigation into the deaths of four Americans at a diplomatic outpost in Benghazi, Libya.

Rep. Darrell Issa, chairman of the House Oversight and Government Reform Committee, planned on Monday to seek depositions from retired Ambassador Thomas Pickering and retired Adm. Mike Mullen. Issa, who is leading Republicans' investigations into the attacks on a State Department consulate last September, said he wants to know with whom the pair spoke to reach their conclusion that then-Secretary of State Hillary Rodham Clinton did not direct the response to the pair of nighttime attacks in Libya.

"This is a failure, it needs to be investigated. Our committee can investigate. Now, Ambassador Pickering, his people and he refused to come before our committee," Issa said Sunday.

Pickering, sitting next to Issa during an appearance on one Sunday show, disputed the chairman's account and said that he was willing to testify before the committee.

"That is not true," said the former top diplomat, referring to Issa's claim that he refused to appear before the committee. Pickering has served in Republican as well as Democratic administrations.

Issa said he would like to speak with Pickering and Mullen privately and under oath.

Pickering, a seasoned diplomat who penned a highly critical report on security at a U.S. outpost in Benghazi, Libya, defended his scathing assessment but absolved Clinton. "We knew where the responsibility rested," said Pickering, whose career spans four decades.

"They've tried to point a finger at people more senior than where we found the decisions were made," Pickering said of Clinton's critics.

In a separate interview, Pickering said he asked, via the White House, to appear at Wednesday's session. He said he could have answered many of the questions lawmakers raised, such as whether U.S. military forces could have saved Americans had they dispatched F-16 jet fighters to the consulate, some 1,600 miles away from the nearest likely launching point.

"Mike Mullen, who was part of this report and indeed worked very closely with all of us and shared many of the responsibilities directly with me, made it very clear that his view as a former chairman of the Joint Chiefs of Staff that there were nothing within range that could have made a difference," Pickering said.

Republicans and Gregory Hicks, the former deputy chief of mission in Libya, have questioned why the military couldn't move faster to stop the two nighttime attacks over several hours. Hicks, who testified before the House Oversight panel this past week, said a show of U.S. military force might have prevented the second attack on the CIA annex that killed security officers Tyrone Woods and Glen Doherty.

The Accountability Review Board, which Pickering headed with Mullen, did not question Clinton at length about the attacks but concluded last December that the decisions about the consulate were made well below the secretary's level.

"I was surprised today that they did not probe Secretary Clinton in detail," Sen. Kelly Ayotte, R-N.H., said of the review board.

Pickering and Mullen's blistering report found that "systematic failures and leadership and management deficiencies at senior levels" of the State Department meant that security was "inadequate for Benghazi and grossly inadequate to deal with the attack that took place."

Issa spoke on NBC's "Meet the Press." Pickering spoke on CNN's "State of the Union," CBS' "Face the Nation" and NBC. Ayotte appeared on CBS.