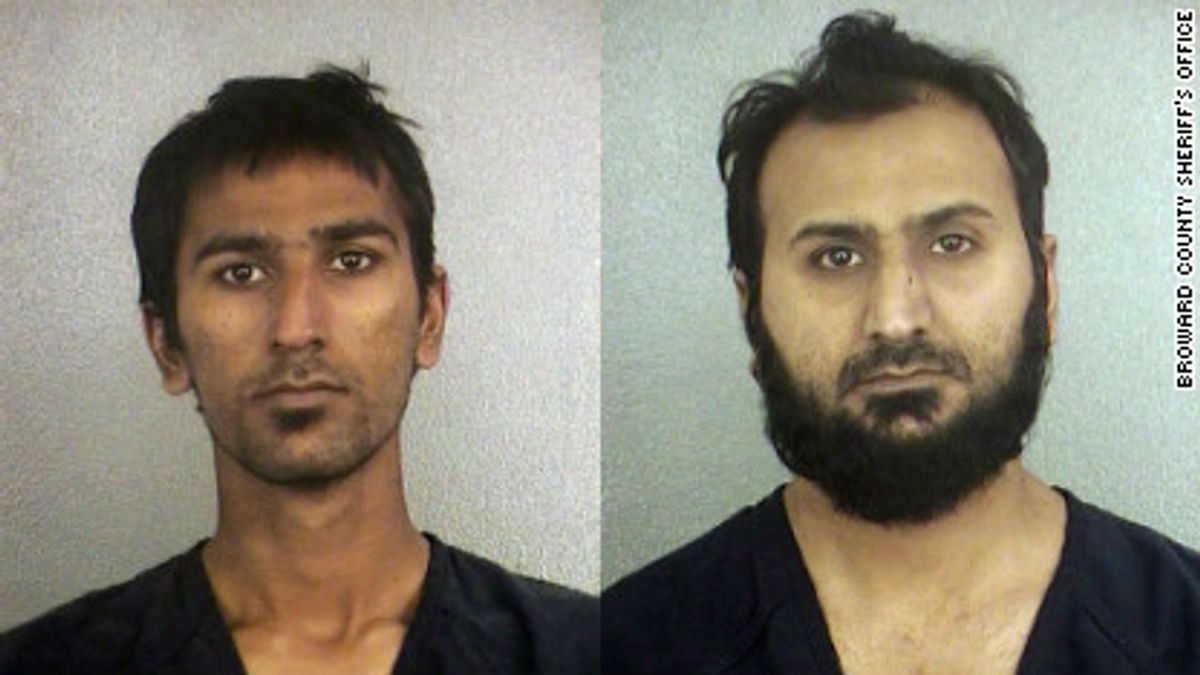 In a case that may provide the first defendant to challenge the constitutionality of warrantless wiretapping by the NSA, federal authorities are refusing to confirm whether such surveillance techniques were used to foil a New York terror plot. Brothers Raees Alam Qazi, 20, and Sheheryar Alam Qazi, 30, are accused of plotting to blow up a high-profile target in New York. Defense attorneys claim the feds are attempting to avoid a situation in which the constitutionality of the NSA's surveillance methods would be scrutinized.

The government has never publicly conceded it has used evidence in a criminal case obtained through the National Security Agency’s post-9/11 mass surveillance program. A single acknowledgment could open the floodgates to challenge the surveillance tactic, which Supreme Court Justice Stephen Breyer in February noted that “commonsense” (.pdf) tells us is being employed by federal investigators.

The terrorism case concerns brothers Raees Alam Qazi, 20, and Sheheryar Alam Qazi, 30. Among other things, prosecutors said the younger Pakistani-born brother surfed Al-Qaida internet sites to learn how to build a bomb. The FBI recorded telephone calls linking him to a plot to blow up a New York landmark last year.

... Magistrate [John] O’Sullivan, agreeing with a defense motion, ordered (.pdf) prosecutors last week to say whether the government first acquired evidence against the indicted brothers (.pdf) using the Bush-style surveillance, and then used that evidence to obtain the traditional warrant from the secret court.

The path the authorities chose is relevant for a host of reasons.

Among them, the government has never publicly admitted in a prosecution that it employed warrantless surveillance under the FISA Amendments Act. Doing so likely would trigger legal challenges over whether the tactic is constitutional — and would threaten the Qazi brothers’ case and perhaps countless others.

“This could open the door again at the Supreme Court,” said Patrick Toomey, national security fellow at the American Civil Liberties Union.