Nearly 40 years ago, I watched his remains be laid to rest -- a poignant coda to his years of celebrity 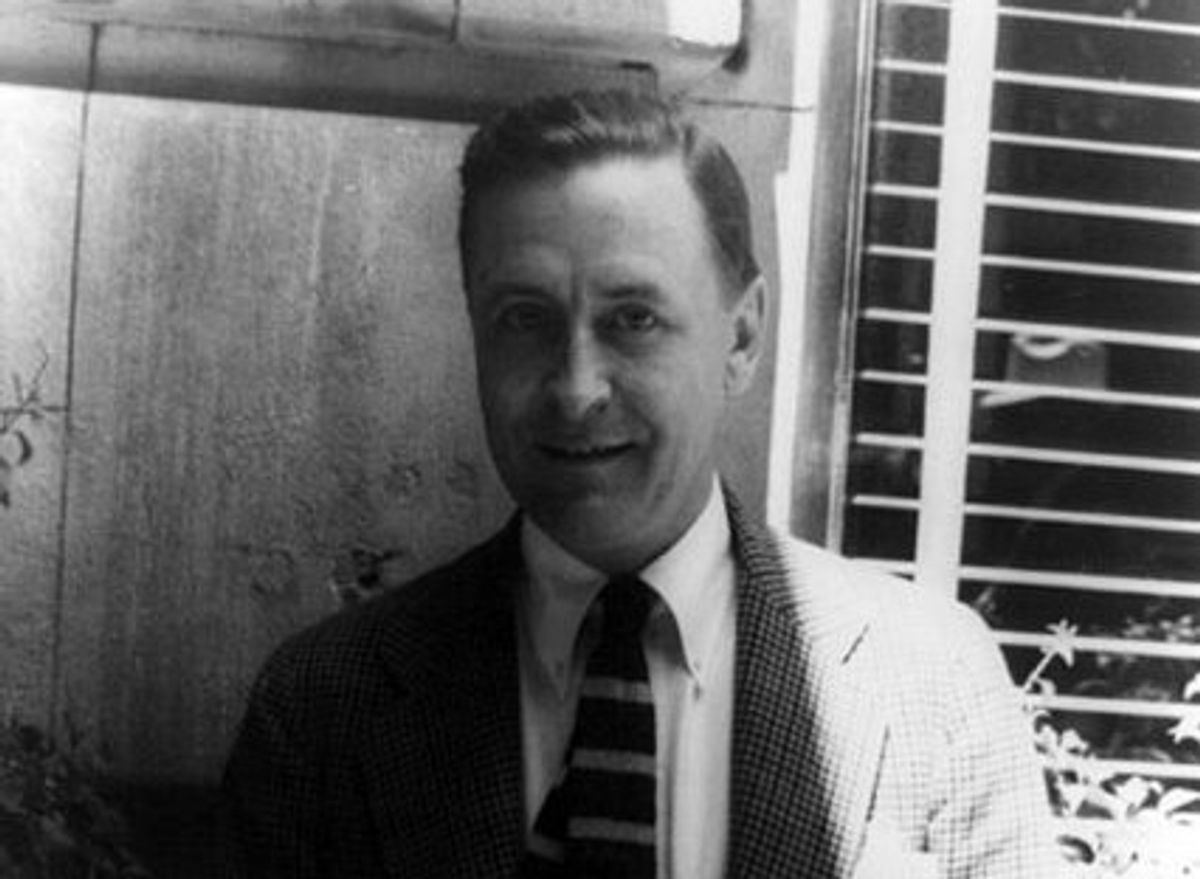 With all the fanfare around the new movie version of "The Great Gatsby," directed by Baz Luhrmann with a screenplay by Luhrmann and Craig Pearce, it’s a great time to go back to the book and be reminded of F. Scott Fitzgerald’s elegant, graceful writing; so fragile and yes, unique, that it may never really be brought successfully to the screen.

A good time, too, to be reminded of how the book’s depiction of conspicuous consumption during the Jazz Age of the 1920s — and the stark contrast between rich and poor — so parallel life in New York today, where, as the New York Times reported last year, “The poverty rate reached its highest point in more than a decade, and the income gap in Manhattan, already wider than almost anywhere else in the country, rivaled disparities in sub-Saharan Africa.”

Daisy Buchanan, the object of Gatsby’s desire, and her husband, Tom, would feel at home in the 1 percent world of overindulgence and profligacy. As Fitzgerald famously described them:

“They were careless people, Tom and Daisy — they smashed up things and creatures and then retreated back into their money or their vast carelessness, or whatever it was that kept them together, and let other people clean up the mess they had made.”

The hype around the new movie also reminded me of an unusual invitation that led to my own brush with the legend of F. Scott Fitzgerald and his wife Zelda. It was in the fall of 1975, an odd, homely and poignant coda to their years of celebrity and luminescence, years that slipped too quickly into the wreckage of alcoholism and mental illness.

My friend Emily worked at and later owned the Francis Scott Key Book Shop in Washington, D.C., now gone but once a literary haven for bibliophiles and Georgetown society, who relied on the store for reading recommendations and gift suggestions. Adlai Stevenson had once lived in an apartment upstairs and it was a stop for many in government and politics, including secretaries of state, embassy diplomats and CIA operatives.

Among the regulars was Scottie Lanahan Smith, F. Scott and Zelda’s daughter (and like her father, a distant cousin of the shop’s namesake, Francis Scott Key of “Star Spangled Banner” fame). A writer and journalist, Scottie had been married to a prominent Washington lawyer and was very much part of the social scene. At a book party one night, she told Emily and me that after long negotiations, the Catholic Church had finally agreed that F. Scott and Zelda could be laid to rest at St. Mary’s Catholic Church in nearby Rockville, Md., where his parents were buried.

This was big news. F. Scott Fitzgerald had died from a heart attack in 1940, only 44 years old, his career in decline, at the apartment of his lover, Hollywood gossip columnist Sheilah Graham. Only 25 people, including Scottie, attended the funeral on a cold, wet winter’s day and his editor had to pay for six pallbearers to carry the body.

For various reasons — among them, Fitzgerald’s adulterous relationship with Graham and his notorious lifestyle during the Roaring ’20s – he was denied burial on St. Mary’s consecrated ground and placed instead in a Protestant cemetery a mile and a half away.

A St. Mary’s parishioner wrote more luridly, “By all accounts Fitzgerald was a fallen-away Catholic, married to a Protestant, a college drop-out, a drunk, an irresponsible child all his life, an exhibitionist, who with his wife became the poster couple for a lawless, bawdy, free living, sexually prolific, selfish, gluttonous, crime-driven and immoral time period …” Many of those adjectives could be applied to Gatsby and his friends; you have to wonder if the parishioner partly confused Fitzgerald with his fictional creations.

Less than eight years after F. Scott Fitzgerald’s death, Zelda Fitzgerald and eight other patients died horribly in a fire at a North Carolina sanitarium where she was under treatment. Zelda was 47, and despite their estrangement her casket was placed in Maryland with her husband’s.

Now, 35 years after Scott’s demise, the Catholic Church had relented and would allow their bodies to be moved to the grounds of St. Mary’s. “The church believed it important,” a monsignor told the Washington Post, “to consider his God-given talents and literary genius.”

Scottie promised Emily and me that we would be invited to the reinterment. She was as good as her word. I took a train down from New York City and on a crisp Friday morning in autumn we made the short drive from D.C. to Rockville.

The reburial was short and simple with at most a hundred or so onlookers in attendance. Priests officiated. I don’t recall if Scottie spoke at the ceremony, but I remember some words from Matthew Bruccoli, the great Fitzgerald scholar from the University of South Carolina. (As part of its comprehensive Fitzgerald collection, the school just made available online F. Scott Fitzgerald’s ledger, donated by Scottie, in which he kept a combination record of earnings and diary. It notes that in 1925, the year of publication, he received less than $2,000 for "The Great Gatsby.")

That same St. Mary’s parishioner who so vividly described Scott’s alleged debauchery called the event “The Longest Irish Wake,” a reference, I assume, to the decades between death and the transfer of cemeteries. It certainly didn’t apply to the proceedings we witnessed or the reception afterward, which were briefer and more abstemious than any Irish wake I’ve ever attended, and seemed even further removed from the halcyon days when Scott and Zelda drank magnums of champagne among café society.

Cold cuts and soft drinks (and maybe some wine) were served in the church basement. There, a woman told Emily and me how she and her high school boyfriend would go to the grave at the Protestant cemetery and read to one another from "Gatsby." And one of the gravediggers described to us how, when they exhumed the coffins, some wood had rotted on Scott’s and he could see through a hole the green plaid wool of his funeral suit.

The premiere of the new movie has now tripled the number of visitors to the grave. “Some visitors leave mementos, most commonly flowers, spare change and liquor,” the Washington Post reports. “Aspiring authors leave pens, and admirers occasionally write handwritten notes. A top hat, adorned with a martini glass ribbon, is the most recent addition.”

Most important, engraved on Scott and Zelda’s tombstone, inevitably and as it should be, that perfect closing sentence from "The Great Gatsby": “So we beat on, boats against the current, borne back ceaselessly into the past.”