“We are looking at it pretty seriously,” said an attorney representing six groups allegedly targeted by the IRS 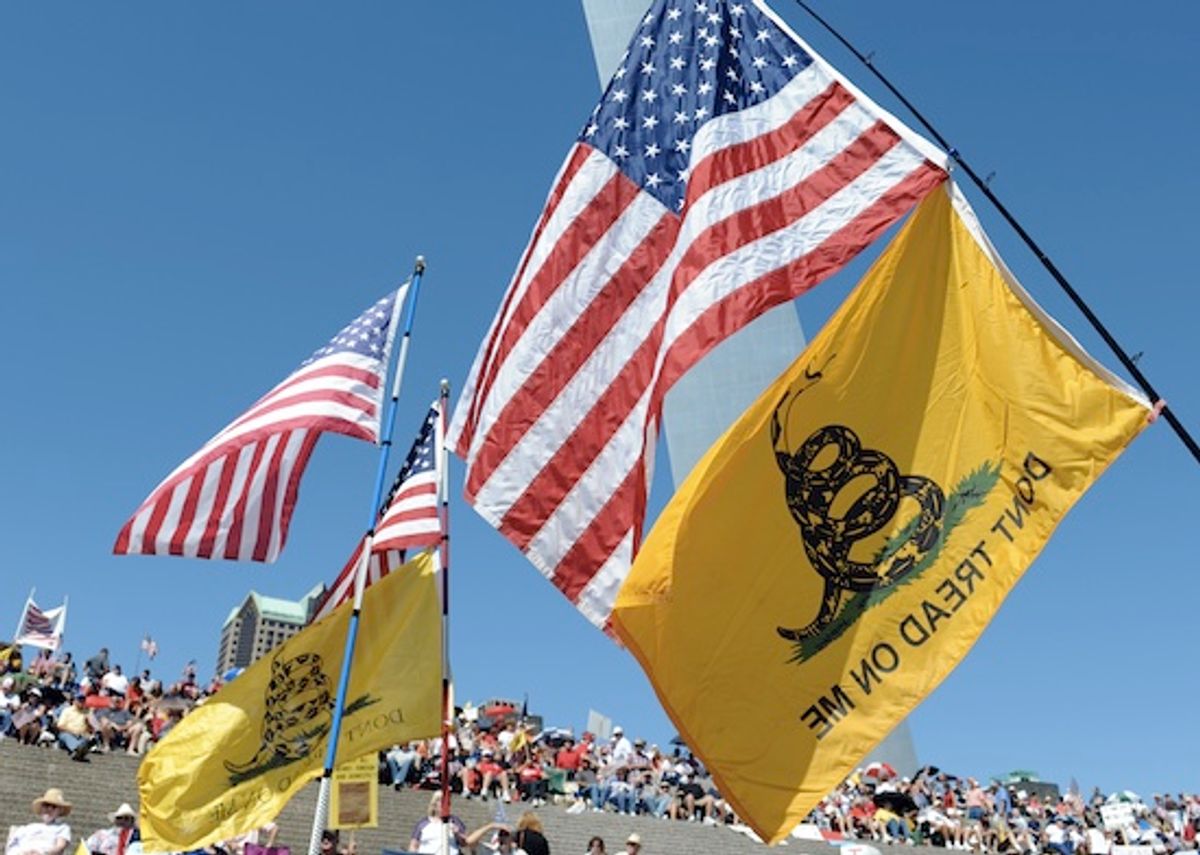 A group of Tea Partyers is threatening to sue the IRS for targeting conservative groups that tried to file for tax-exempt status, after the agency admitted last week that it scrutinized groups with "Tea Party" or "patriot" in the name.

Politico reports that an attorney representing six groups, including Combat Veterans Training Group and TheTeaParty.net, said that his clients are seriously considering a lawsuit. “We are looking at it pretty seriously,” Dan Backer told Politico. “Given the sheer scope of maleficence at the IRS, there may be a legal recourse.”

The American Center for Law and Justice, which represents 27 other Tea Party groups that allege targeting by the IRS, has written to the agency demanding that 10 of its clients now be approved for tax-exempt status.

From Eric Lach at TPM:

In addition to the IRS' admission on Friday, an inspector general report set to be released this week will reportedly show that the agency targeted a much broader range of conservative groups than it admitted, including those that strongly criticized the government.

Members of Congress have called for swift action in response to the allegations, and so far the House Committee on Ways and Means has announced that it will hold a hearing on it this Friday, May 17. Sens. Carl Levin, D-Mich, and John McCain, R-Ariz., who sit on the Senate Permanent Subcommittee on Investigations, said that their committee would also be mounting an investigation.

One Republican member of the House has also introduced legislation that would criminalize political bias in the IRS, with penalties of a a $5,000 fine, five years in prison, or both. And Sen. Marco Rubio, R-Fla., announced that he will be introducing the Senate version of the legislation to stop the IRS from "abusing its powers to violate first amendment rights," according to a press release.

“A government organization like the IRS discriminating against political organizations is an outrageous abuse of power, and the American people have every right to demand answers and accountability,” said Rubio in a statement. “Those responsible individuals should face all appropriate punishment available under current law, and all organizations and individuals who engage in political speech and expression should be protected against this kind of discriminatory behavior in the future."