Claims that World Press Photo of the Year enhanced 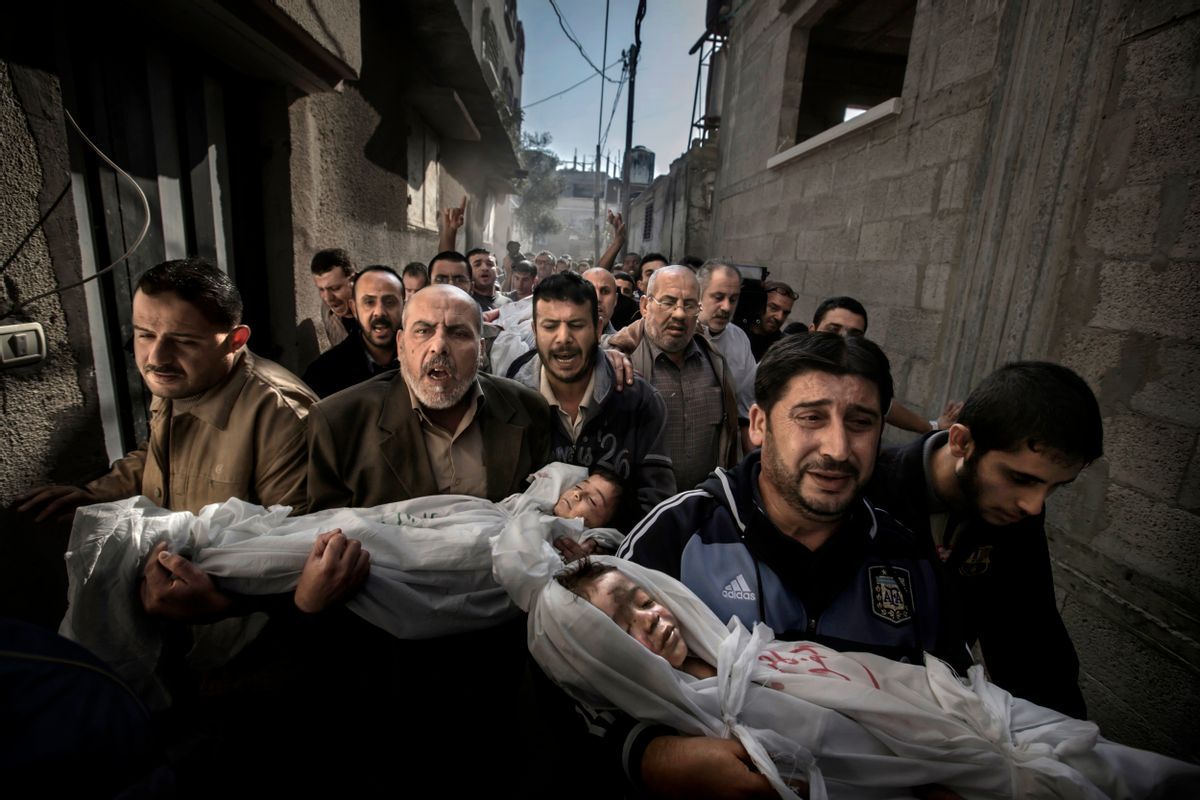 According to a forensic image analyst, the winner of the 2013 World Press Photo of the Year was edited to enhance contrast -- claims that, if proven true, could strip photographer Paul Hansen of the title.

ExtremeTech, citing forensic image analyst Neal Krawetz, summed up the charge against the photographer, "Hansen took a series of photos – and then later, realizing that his most dramatically situated photo was too dark and shadowy, decided to splice a bunch of images together and apply a liberal amount of dodging (brightening) to the shadowy regions."

To be clear, there is no doubt that the incident captured by Hansen took place: "Gaza Burial" depicts a crowd of weeping  Palestinian men carrying the corpses of two young children killed by Israeli airstrikes through the streets of Gaza during Israel's Operation Pillar of Defense last November. The tears, the dead bodies, the vast anguished crowd -- none of this is in question as "faked." What's at stake is whether the image was edited beyond the limits that are considered acceptable in photojournalism.

Hansen has vehemently denied the claims, telling News.com.au the “photograph is certainly not a composite or a fake.”

He added: “I have never had a photograph more thoroughly examined, by four experts and photo-juries all over the world.”

Contest rules regarding photo manipulation state: “The content of the image must not be altered. Only retouching which conforms to the currently accepted standards in the industry is allowed.”

Hansen continued: "In the post-process toning and balancing of the uneven light in the alleyway, I developed the raw file with different density to use the natural light instead of dodging and burning. In effect to recreate what the eye sees and get a larger dynamic range.

"To put it simply, it's the same file - developed over itself - the same thing you did with negatives when you scanned them."

Of course, the debate that ExtremeTech's post nods to is one of journalistic objectivity, which burdens photojournalism as it does print. What it means for a story or image to get to be "objective" or "true," and the problems therein, are not fully addressed by prevailing industry standards. Yet, it is against such standards that winners of major photojournalism awards are judged.