Days after a gay man was brutally murdered, city officials have denied a request to hold a march in his honor 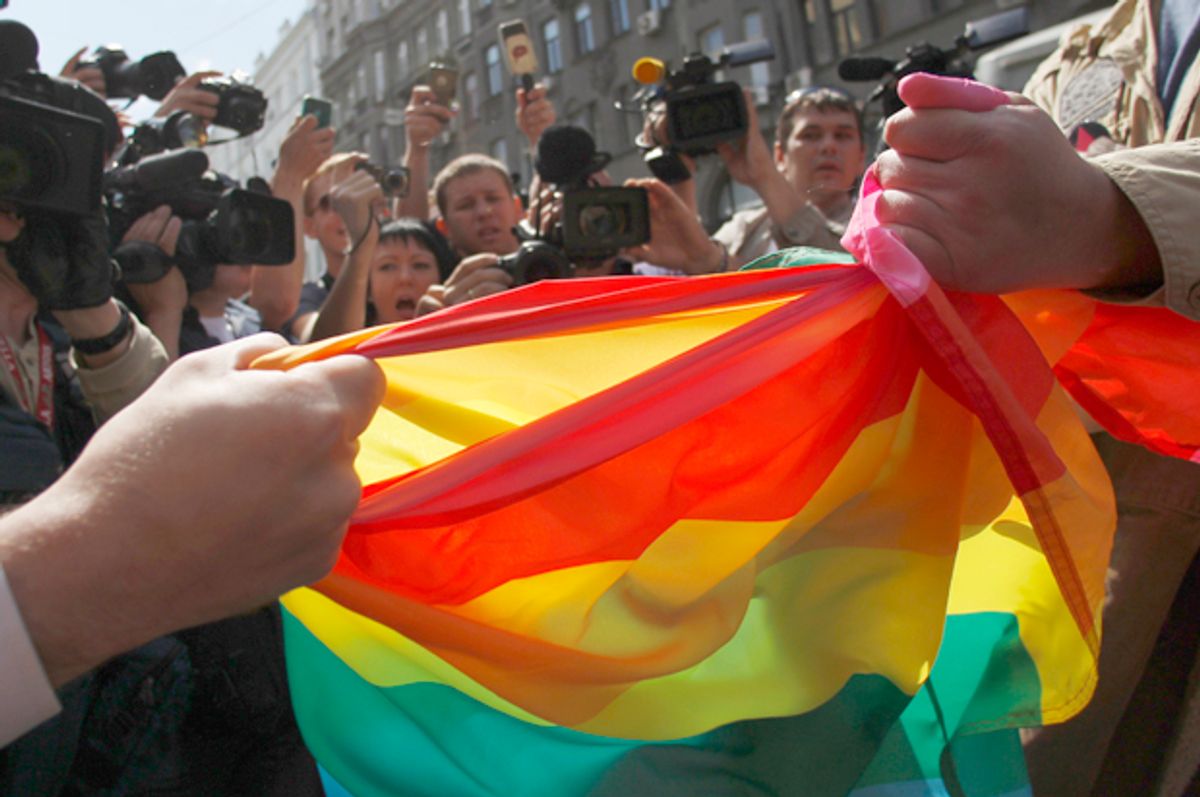 A man protesting a gay pride parade attempts to rip a gay rights activist's banner in Moscow, May 27, 2012. (Reuters/Maxim Shemetov)
--

Days after a 23-year-old gay man was brutally murdered in what Russian authorities believe to be a hate crime, Moscow city officials have denied a permit request to hold a gay pride memorial march in the victim's honor.

After filing the request on Monday, gay rights activist Nikolai Alexeyev announced a plan to hold the march for Vladislav Tornovoi, “whether authorities grant permission or not."

City officials denied the request, saying there is "no need for such events in the city," as the Moscow Times reports:

On Monday, gay activists applied for official permission to hold a parade, picket and meeting on May 25, saying they would take to the streets irrespective of whether authorities grant permission.

Every year since 2006, when the first request was filed, Moscow authorities have refused to grant permission for a gay pride parade.