Many well-heeled New Yorkers have turned against the city's bike sharing program, calling the racks a "blight" 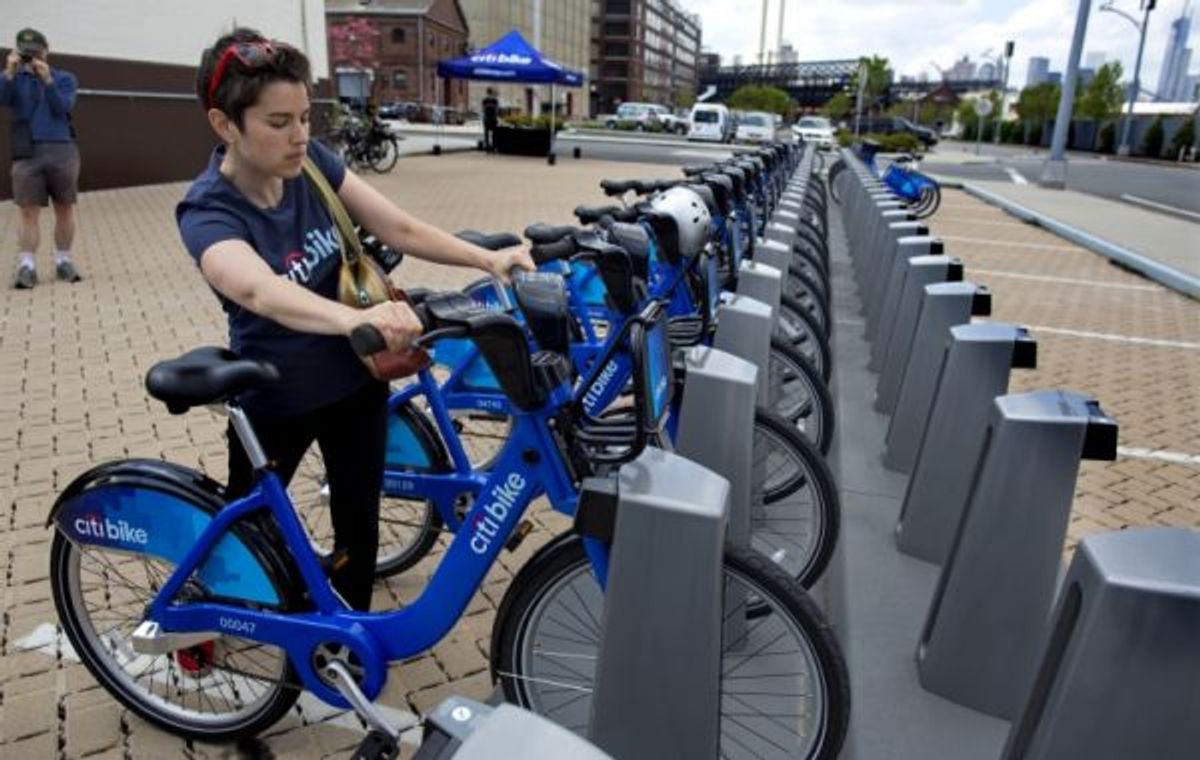 With New York City's bike-sharing program set to launch in two weeks, many city residents once in favor of the eco-friendly commuter initiative have turned against it, calling the presence of the rental bike racks on their blocks a "blight," as the New York Times reports:

“None of us are against bikes — most of us have bikes that we stow in our building,” said Lynn Ellsworth, 54, from TriBeCa. “But why they put these giant racks in these little streets is crazy to me...”

Some neighborhood grievances have been predictable: complaints of lost parking and reckless riding, often from those who opposed cycling’s expansion in the city long before bike share. Resident groups that have promised legal action against the city over station locations in Manhattan — including groups from an apartment building at 99 Bank Street in the West Village and from a luxury condominium on East 55th Street — are seen as unlikely to affect the program’s introduction.

A representative from the city's Transportation Department told the Times that a majority of the 200 bike stations have been received without incident, and called concern over sanitation, transit access and other concerns largely unfounded.

Authorities from the Sanitation Department and Fire Department have not flagged the bike stalls for violations.