Florida law would speed up executions 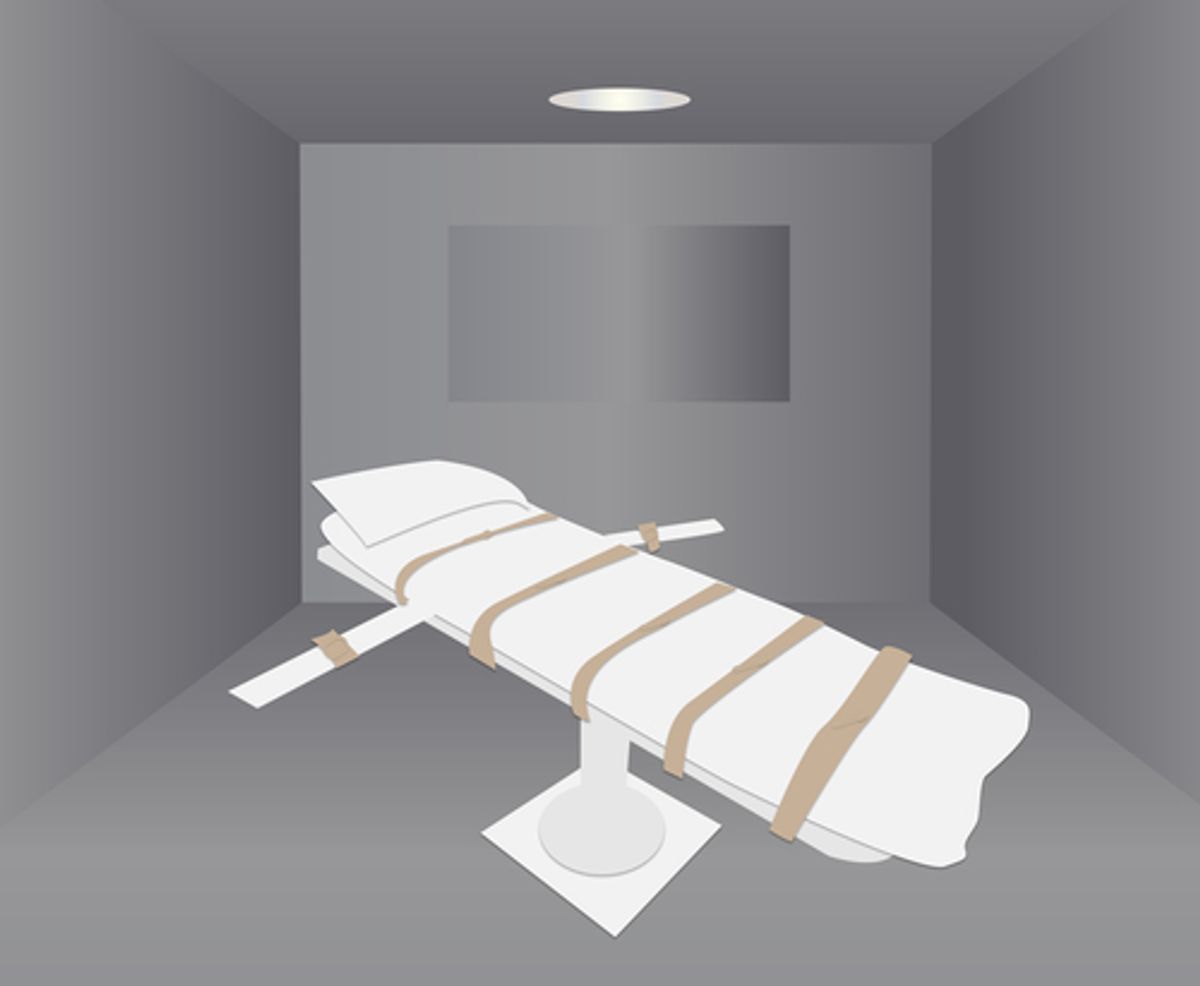 A bill that has passed both the Florida House and Senate --  and looks likely to be signed into law by Gov. Rick Scott in the coming days -- would speed up the process that sees death row inmates executed in the state. It is, as the New York Times editorial board commented, "grotesque," especially in a state that has seen 24 death row exonerations (leading the country in this regard) and should thus be weary of speedy executions.

The ill-named Timely Justice Act would require the governor to sign a death warrant within 30 days of a review of a capital conviction by the State Supreme Court. The state would then be required to execute the defendant within 180 days of the warrant. So if signed intolaw, 13 of Florida's 405 death row inmates will be immediately issued death warrants. The legislation aims to save money and time but, as Rania Khalek pointed out, at the possible expense of innocent lives:

Proponents of the Act argue that the appeals process is too lengthy, costly and delays justice. Indeed, the process can take decades and cost millions but that is to ensure justice not delay it. After all, several Florida exonerees were on death row for over a decade before proving their innocence. One example is Juan Melendez, who spent 18 years on death row and lost three appeals in front of the Florida Supreme Court before his release. Had the “streamline murder” Act been in place at the time there’s a good chance Melendez and others like him would have been killed for crimes they did not commit.

In a most perverse admission, flagged by Khalek, Republican Senator Rob Bradley said “this is not about guilt or innocence, it’s about timely justice.” So long as proceedings through the Kangaroo court are swift, Bradley seems to admit, the lives of inmates are expendable.

For the past two years in a row, Florida has sentenced more people to death than any other state -- owing to a number of issues in the state justice system including the fact that while a judge makes the sentencing decision, Florida is one of only three states that allows non-unanimous jury recommendations in capital sentencing.

The Florida Supreme Court and the Florida Bar have called for reviews of the death penalty process in the state in order to make recommendations to improve it; those studies have yet to be undertaken. In 2009, meanwhile, the American Bar Association did study capital punishment in Florida, none of which have been undertaken either. Capital punishment, especially when exacted through a flawed judicial process like Florida's, is already barbaric; it needs no acceleration.