Man attempts to rebrand Abercrombie by giving clothes to homeless 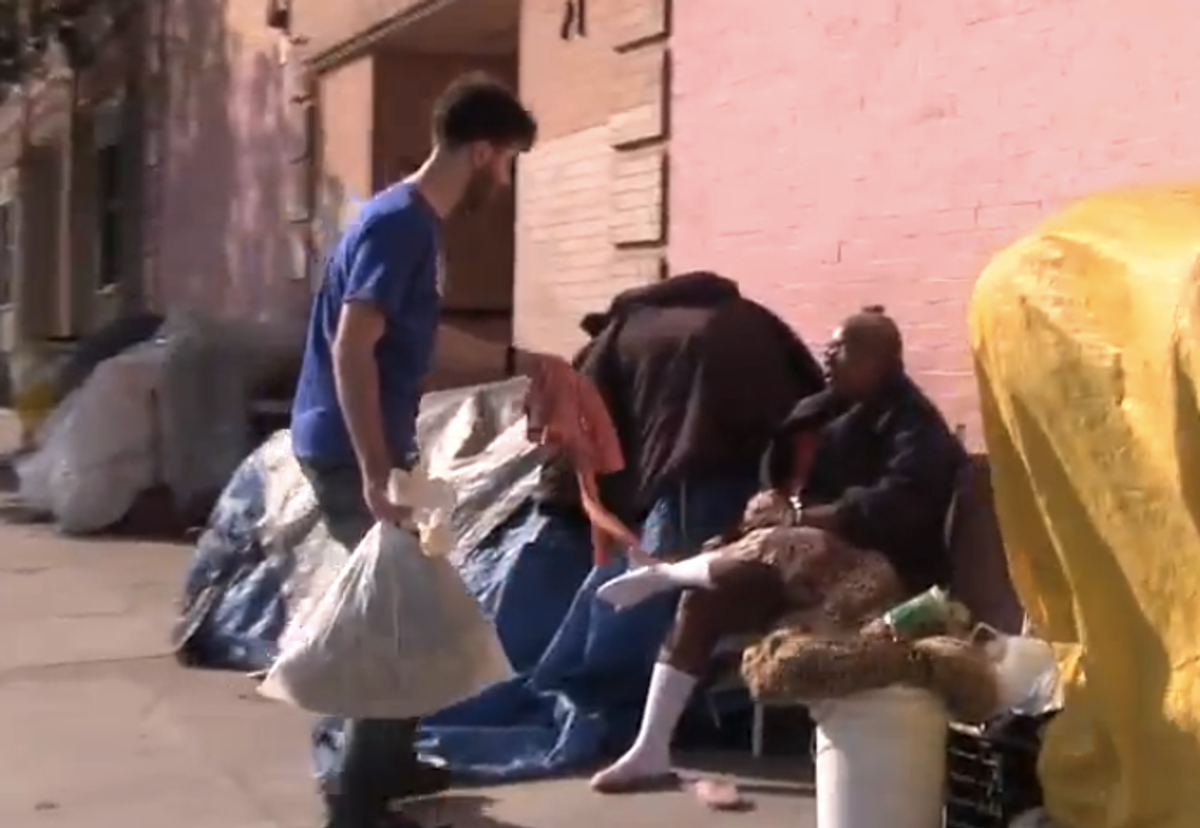 Inspired by the odious comments of Abercrombie & Fitch CEO Mike Jeffries, filmmaker Greg Karber recently set out on a mission to clothe the homeless of Los Angeles with the preppy attire that's only supposed to be for "cool kids."

In 2006, Jeffries told Salon: “Candidly, we go after the cool kids. We go after the attractive all-American kid with a great attitude and a lot of friends. A lot of people don’t belong [in our clothes], and they can’t belong. Are we exclusionary? Absolutely."

Jeffries attempts to enforce his "cool kids" policy by refusing to stock XL or XXL sizes. In a recent article on Business Insider, “The New Rules of Retail" author Robin Lewis said of Jeffries: "He doesn't want larger people shopping in his store, he wants thin and beautiful people."

Karber, disgusted by Jeffries' blatant discrimination, has set out to rebrand the image of Abercrombie by handing out the preppy clothes to those Jeffries probably considers the least "cool" of society -- the homeless. After hunting through the "douchebag section" of Goodwill, Karber ventured to L.A.'s Skid Row. Some of the people were reluctant to accept, says Karber. "Perhaps they were afraid of being perceived as narcissistic date rapists."