Our approach to pedophilia isn't working

By focusing only on punishment, experts say we're putting more children at risk 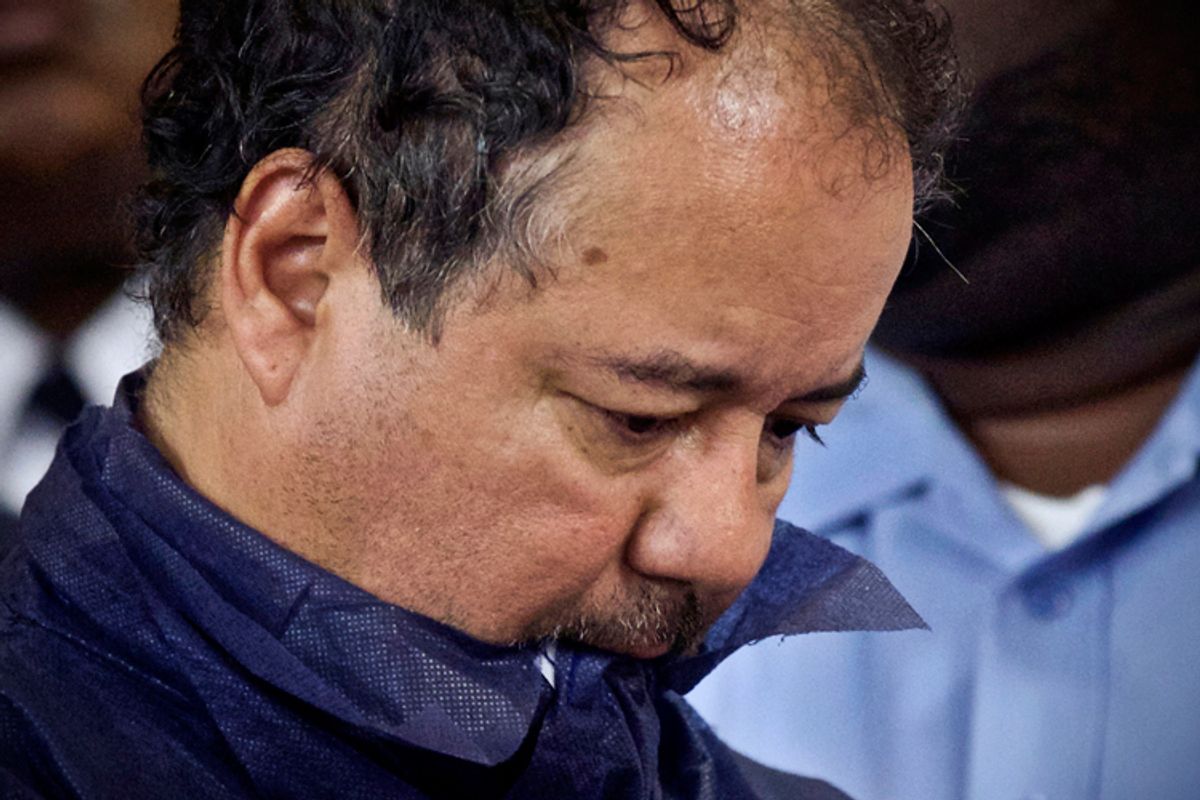 Ariel Castro, in court for his initial appearance in Cleveland, Ohio, May 9, 2013. (Reuters/John Gress)
--

As a teenager, I was groomed by a 76-year-old man with a penchant for the company of adolescent girls. He wore zip-up cardigans and looked like a normal grandpa. He wrote poetry, bought us gifts, and talked sagely about the importance of waiting for a special relationship before having sex.

He crossed many boundaries, many times, in ways which make me shudder looking back. He was too frail at that stage of his life to ever attempt anything more than a kiss in return for money, but police later told me that other victims from his youth were not so fortunate.

I don't believe in monsters, or the devil, or the concept of evil. Dehumanization is counterproductive: The guy who groomed me was just one of many millions of screwed-up human beings with serious issues. And maybe (for the sake of his victims) if someone had tried to help him in his early life, hundreds of young girls could have been spared from those depraved compulsions.

“I am a sexual predator. I need help.” These are the chilling words in a letter penned in 2004 by Ariel Castro, the man accused of abducting three women and holding them hostage in his Ohio home for 10 long years.

In the handwritten note found by law enforcement officers at Seymour Avenue, Castro claimed he was abused by his parents and raped by his uncle as a child. The question is, should we care? As a mother, I think we should.

I'm not a pedophile apologist, to be clear. But vengeance for the loss of a child's innocence is distracting us from the crucial search for preventive measures. Our collective disgust of pedophiles means we are distancing ourselves from gaining any understanding of them and pushing the problem further underground. If we want to protect our children, we need to know how.

There are an estimated 45 million victims of sexual abuse in the U.S. -- one in four women and one in six men. It's a mind-boggling statistic that's even more staggering when you consider that sexual abuse is massively underreported.

Take a moment to let that sink in, and then imagine, if you can, how many sex offenders are also out there. Although the ratio isn't one perpetrator for each victim, we can conclude there are many more people leading double lives than you ever dreamed was possible.

Yet only 10 percent of abused children suffer at the hands of strangers. That means 90 percent of all victims are abused by people they know and trust: 60 percent by teachers, coaches, priests, summer camp and scout leaders, for example, and 30 percent by members of victims’ own families.

So these are members of the community. When Castro's neighbor Charles Ramsey described the sex offender as a “normal dude” who liked to barbecue, the media was all over it like it was actually newsworthy.

This cultural obsession with good guys and bad guys is naive and unhelpful. It's making us blind to reality, and hinders our progress on finding solutions to the gigantic and urgent pedophile problem. While Megan's Law is certainly useful in soothing our paranoia, it does little to protect the 90 percent of child victims who are abused by a trusted adult well-known to them.

Jane Stevens is founder and editor of Aces Too High and ACEs (adverse childhood experiences) connection -- a news site and accompanying social network conducting and reporting on crucial research around many types of childhood trauma including sexual abuse.

Stevens argues that in refusing to open a dialogue, we are putting more children at risk.

“We as a society do not want to deal with child maltreatment,” Stevens says. “We just have to talk about it -- all of it, sexual or otherwise -- without flinching or running around trying to find an 'evil predator'.”

The effects of these overused labels, and the extent of the taboo surrounding pedophilia, are that millions of sex offenders like Castro have nowhere to turn. This is illogical: In offering support, we could actually save lives. It's a no-brainer that has nothing to do with empathy for the perpetrator.

While doing some research into child sexual exploitation in the U.K. in 2003, I was amazed to discover that the majority of incoming calls to the protection helpline of a child protection charity were not from abused children, but pedophiles begging for help.

These nameless, faceless people are the only ones who can provide us with any real understanding of how best to protect our children. We have to get real: Just like the war on drugs and the war on terror, the current approach isn't working, period.

Dr. Robin Wilson is a leading clinical psychologist working with sex offenders, conducting vital research into the pedophile problem. He believes that treatment can work, but notes: “At present, there are few if any comprehensive training programs for people assessing and treating sexual aggression.”

Why is this? How can we solve a problem we are unwilling to discuss? We need more research, and fast. So far it's inconclusive: Obviously not all victims of sexual abuse become abusers, and not all pedophiles have been abused themselves. But in April last year, Sally Foss of the Daily Gazette in Albany, N.Y., reported:

Juvenile sex offenders receiving treatment at LaSalle school in Albany were sent there because they committed a crime. But they are also victims. Staff estimate that 90 percent have been sexually abused and that 100 percent have suffered from some kind of abuse.

Stevens dissects the “monster” myth by arguing: “It’s not like somebody wakes up one day and says, 'From now on, I’m going to be an evil predator and hurt children.' Many adults think they’re doing kids a favor ... 'teaching' them about sex or just 'playing'.”

“The way to stop anyone from becoming a perpetrator is to make sure all children have their emotional and physical needs met and do not suffer toxic stress,” she adds.

She believes sexual abuse can be decreased through better access to support for adults with significant childhood trauma, pointing out “if there’s nobody to show them a different way, they will likely pass their traumas to their children, like a disease. They’re not 'bad' parents or 'bad' people. They need help just as much as their children.”

Of course we still need to protect our kids by locking up sex offenders. But there are 2.3 million prisoners in U.S. jails. Can we realistically put all these pedophiles in penitentiaries that are already full to the bursting point?

As Stevens argues, most pedophiles “are nice people but with terrible, secret compulsions and addictions. When those come to light, the 'nice' switch flips into the 'off' position in our minds and they’re all evil predators. The only thing to do with perverts is to throw them all into prison. That attitude may make emotional sense, but it’s doing little to solve our problem.”

What then? Castration? The death penalty? It's a quick-fix way of satisfying our vengeance, but punishment without prevention is like putting a band-aid on a broken leg. Why aren't we doing more to stop them offending in the first place?

Stevens doesn't believe stronger laws can get to the root causes of pedophilia.

“What about the millions of abusers who are being created right now in families across the country?” she asks. “The system that is supposed to protect our children from maltreatment actually helps create pedophiles. We have to change our entire social system.”

So what are the solutions? We need to open a dialogue and create safe places where child victims can speak openly. Too many face a negative reaction when disclosing their experiences, making them more likely to be traumatized as adults and to have secondary issues like substance abuse, eating or personality disorders and depression.

“We’ll know when we’ve arrived if we can regard and deal with child maltreatment the same way we do Alzheimer’s disease. It's not rocket science, and it can be done.”

Sophie McAdam writes about society and other topics at http://sophielmcadam.wordpress.com.