Fired IRS commissioner had nothing to do with Tea Party scandal 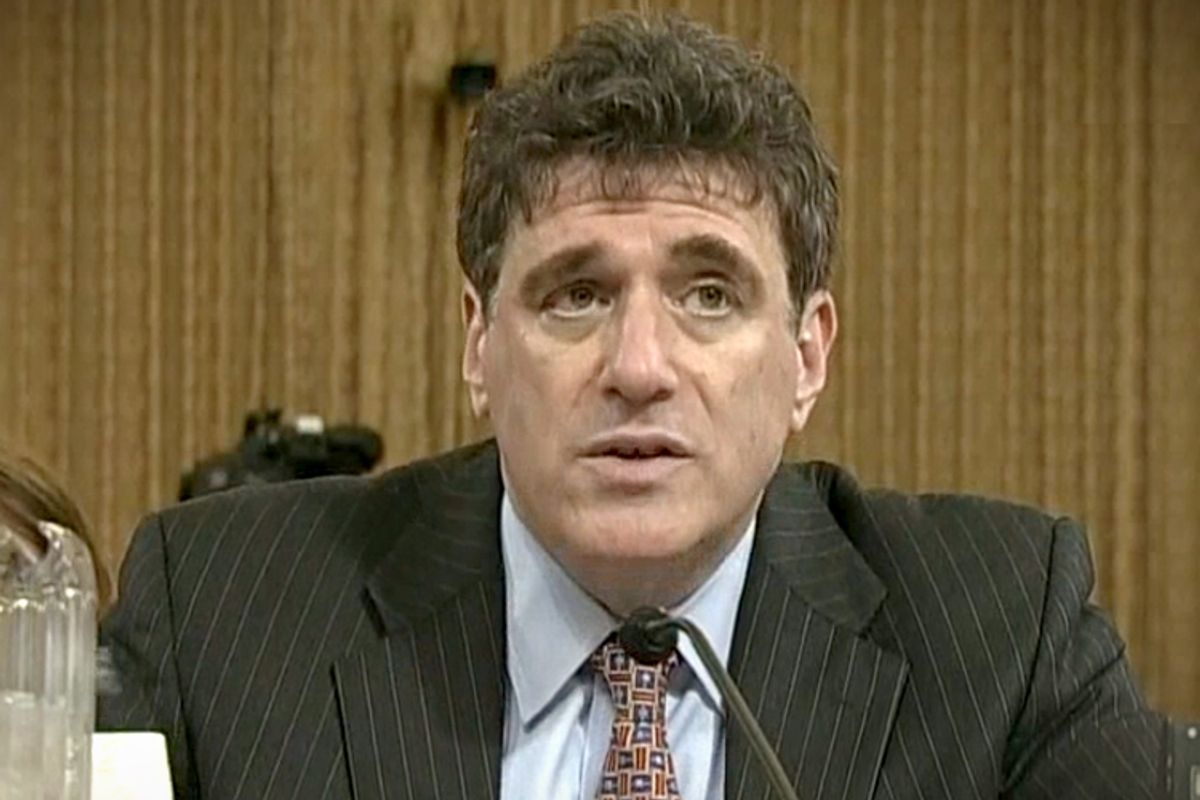 The only thing that would appease the Washington scandal gods was human sacrifice, so Wednesday evening, President Obama announced that he had requested and accepted the resignation of IRS Acting Commissioner Steven Miller. "It is important to institute new leadership that can help restore confidence going forward," the president said.

But Miller is a scapegoat in the most pure and classic sense. The acting commissioner was not running the IRS at the time employees improperly targeted Tea Party groups -- that would be Bush-appointee Doug Shulman, who resigned as commissioner last year -- and Miller's name isn't mentioned a single time in the Treasury Department inspector general's report. Indeed, there is no evidence that Miller was in any way responsible, involved or even aware of the inappropriate targeting of conservative groups by underlings. He is falling on his sword for something he did not do.

But why Obama made this decision is easy to understand: The political pressure to fire someone -- anyone -- was deafening, and the president literally didn't have other options.

Post-Nixon laws limit the White House's influence over the IRS, leaving the agency with only two political appointees out of more than 100,000 personnel: the commissioner and the chief counsel. The rest -- including the two "rogue" employees in Cincinnati, the head of its tax-exempt division, and most of the remaining leadership in Washington -- are protected by robust civil service laws that make it almost impossible to terminate them. Even Miller is a civil servant, which perhaps explains why Obama had to ask for his resignation and couldn't just fire him.

Maybe Obama is right that new leadership is needed, but Steven Miller didn't deserve this fate.