But, in a rare turn from a fractured Congress, lawmakers have expressed optimism that an agreement will be reached 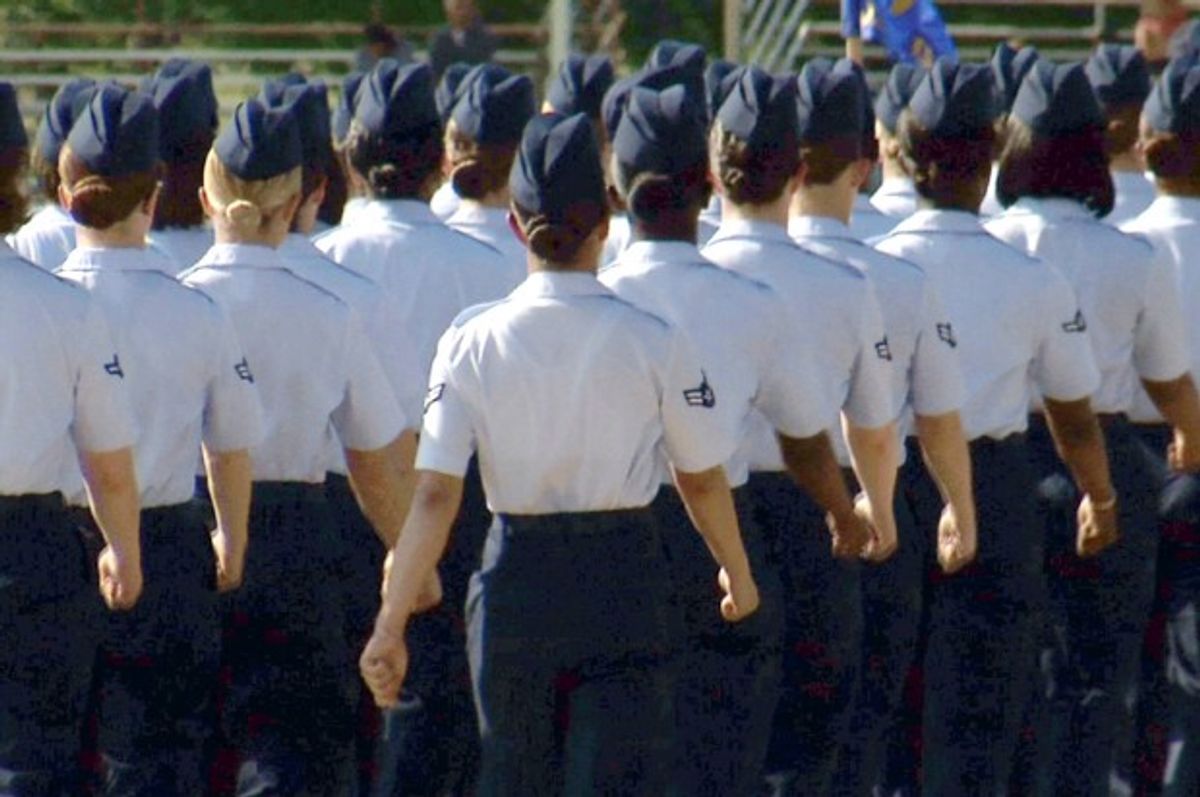 The epidemic of sexual assault in the military has reached an unprecedented level of visibility. And, as Salon's Irin Carmon notes, there is also an unprecedented willingness to act coming from Congress and military leadership.

But that doesn't mean everyone agrees on the best way forward, as the New York Times reports:

[On] Thursday, Senator Kirsten E. Gillibrand, the New York Democrat who has made this her signature issue this year, will introduce legislation that would give military prosecutors rather than commanders the power to decide which sexual assault cases to try...

The legislation, which many military justice experts said they believed was key to stemming the problem, is gaining some support but also prompting ambivalence on Capitol Hill, where many lawmakers are reluctant, for various and often opposing reasons, to remove prosecutorial powers from military commanders...

While the dissent breaks down somewhat along party lines, it appears to be more determined by the background of the lawmaker, with many former prosecutors in Congress saying the complex task of investigating sexual assault should not be left in the hands of commanders, and those with close ties to the military uncomfortable with a change to a 200-year-old tradition that many Western allies have abandoned.

In addition to Gillibrand's proposal to take the handling of sexual assault cases outside the chain of command, other lawmakers have introduced less sweeping reforms:

Other lawmakers seek modified changes. Senators Patty Murray, Democrat of Washington, and Kelly Ayotte, Republican of New Hampshire, are sponsoring a bill that would provide victims of sexual assault with a special military lawyer and would change some of the procedures for courts-martial in the case of sexual assault charges.

But, in a sentiment rarely heard from members of a deeply fractured Congress, lawmakers are optimistic that an agreement will be reached. As Sen. Claire McCaskill, D-Mo., who proposed legislation that would end a commander’s ability to overturn a jury's conviction in a sexual assault case, told the Times, critical mass in Congress and widespread outrage over a military culture of sexual assault could "do something strong and special" to prevent sexual assault and hold perpetrators accountable.