My friend, the murderer

I may never know why Kevin killed his ex, but his story has taught me difficult truths about violent criminals 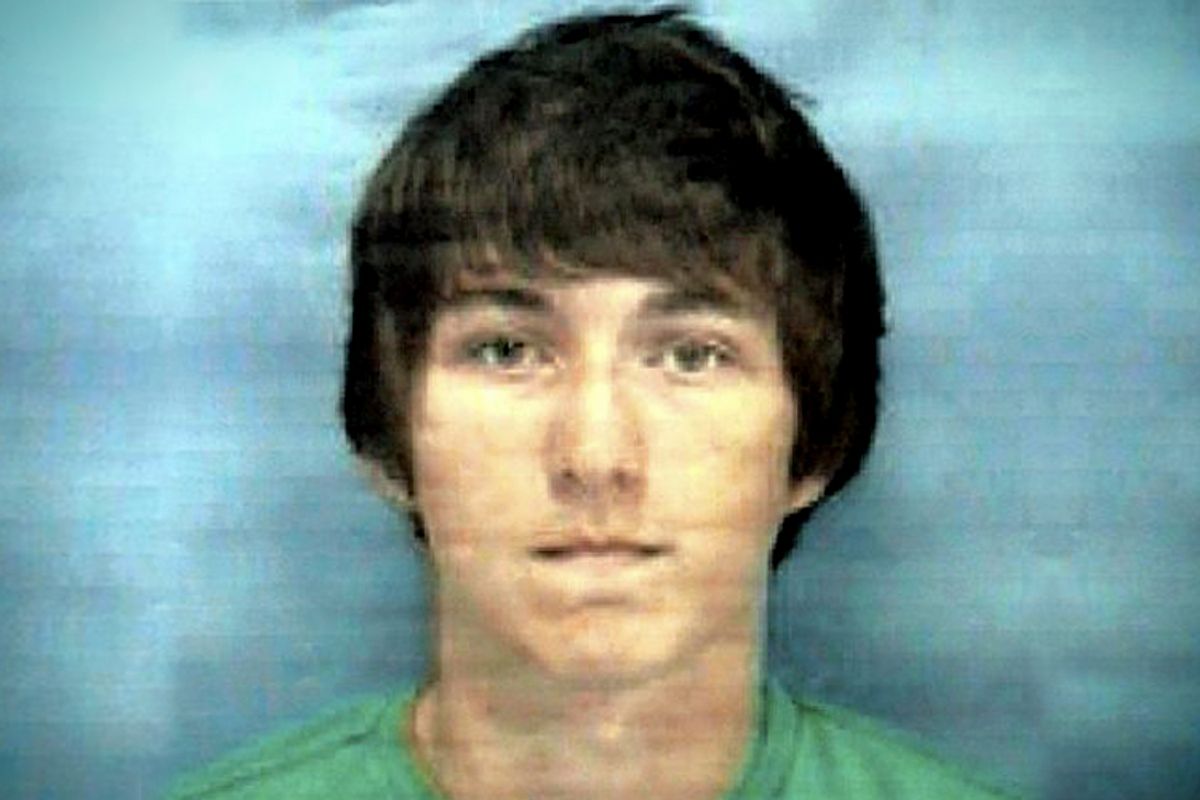 Here's what the news reported: An area man murdered his former girlfriend in the upper-level apartment of his split-level home. He sat with her body for 20 to 40 minutes, then phoned the local police, claiming a complete mental breakdown. I don’t know what just happened, he said, but you need to come quick. He waited for police on the sidewalk with his hands behind his head, and officers lowered him into their squad car just past dawn without incident.

What they did not say is this: I was his close friend. He walked me home before it happened. Kevin Schaeffer liked pizza and history and music, and most especially the band Dr. Dog. He wanted to move away — to Nashville, to San Francisco — and in every memory I have of him, he wears a purple sweat shirt, one I’m not certain he even owned. He was president of the college radio station, a Dean’s Honors student, and a history major who also liked writing. He could draw a very convincing Rastafarian. The year prior, he’d attempted suicide by lining a bathtub with electronics, but returned to our college campus just five days later, where we assumed he was receiving treatment. He was not receiving treatment. He had been suffering from long-term, severe depression and suicidal ideation for over a year on the night he killed her, and yet our conversation was pleasant: We talked that night about the Badlands, canine rain boots, an upcoming potluck, a tie-dyed cake. I’d learned how to do it online, I told him — it just involved food dye and a little patience.

“That sounds amazing,” he said, nodding. “I’d eat that cake for sure.”

It was April of 2009, just four weeks before our graduation at Gettysburg College, and we were just 22. I never thought I’d know a murderer. Certainly Kevin never thought he’d be one. My biggest concern that night was packing: how in the world I’d fit a swivel chair into the back of my Toyota Camry.

Then 12 hours passed, and I sat in my living room, watching “The Price Is Right” in my pajamas, while blocks north, police combed through Kevin’s apartment, stripped him of his possessions, and told him to look into the camera.

“Straight ahead,” they might have said, and then they pressed his inky finger to a pad of paper.

Kevin and I had been friends at that point for nearly four years, since the first week of freshmen year. Gettysburg College was a private school of just over 2,000 students, and it sat surrounded by the historic battlefields that had once served as the turning point of the Civil War. Forty-six thousand men died on the fields surrounding our private campus, but we ever only knew the college green, the library, an Irish bar, a Dairy Queen. That evening, we’d gone for drinks at a bar that had once been used as a makeshift hospital, but I only joked about the bodies: how undoubtedly their blood once soaked and permeated into the floors.

To me it was funny: the subtext of violence in everything. I couldn’t see the bodies or the men strapped to leather gurneys. I couldn’t hear their cries or the gunfire or the hulking cannons. I ordered a Bay Breeze with extra limes, and then Kevin walked me home.

So when the newspapers announced what happened, I sat down and wrote a letter. He was my friend and was now in prison; everything else seemed arbitrary.

I can’t make sense of what you did, I wrote. I will try to understand, but I obviously wish this hadn’t happened.

This was all I could say — the only things I knew with absolute certainty I would never regret. I knew even then that details might emerge even before Kevin received my letter, and so to say that I’d be there for him, or that I trusted it’d been a mistake — there seemed a risk in each admission.

It took 18 months for defense and prosecuting attorneys to finalize their case, and all the while, I wrote him monthly: a careful letter detailing my life. When finally the lawyers were ready to present their arguments, they chose to settle for a plea bargain, instead. Kevin was sentenced to 27 to 50 years in a maximum-security prison, but this in lieu of an arduous trial, one that would be undoubtedly difficult for everyone involved. He was not obligated to receive mental health treatment, not required to ever talk about what happened. and because there was never a trial, the only information I’ll ever have is what I first heard on the evening news.

I still write Kevin once a month. I tell him about everything: how I visited the Iowa State Fair, for example, or how I saw an astronaut carved from butter. How I’d eaten the state’s largest pork tenderloin and half of the 50 food items served on sticks. And I think — every time — about asking: What happened that night and how in the world could it?

But instead I say nothing, because I fear I am not equipped. I have no idea how to handle his mental illness, which I know is still ongoing, because every few months — along with his letter — he includes a new graphic story: a woman stabs a man in the neck, or blood oozes into a loaf of bread. He is trying — the best he can — to work through whatever happened, but there are no professionals assisting him along the way, no trained specialists to help him get better. He’ll spend nearly his whole life in prison, safe from society but never himself.

It is tempting — considering recent events — to jump to a grandiose conclusion, to assert what I have learned, to say that my friendship with Kevin Schaeffer has taught me everything, including this world. That in knowing him, I know myself. But the truth is, I’ve learned nothing, and I’m not certain I ever will, except that our society is one of indifference and apathy for the mentally ill. Through Kevin, I’ve learned the facts: that the rate of mental illness in inmates is five times that of the general population, that it’s rising with every year, that we put the sick in prisons because we don’t know what else to do. And in the past three years alone, $2.2 billion has been cut from state mental-health budgets.

“Wishing that mental illness would not exist has led our policymakers to shape a healthcare system as if it did not exist,” announced Paul Appelbaum, president of the American Psychiatric Association, in his inaugural address.

I think even about the media coverage, how the footage is always sensational: the body, the blood, the mother, how she grieves deep into her husband in some suburban, fenced-in yard.

Meanwhile, they keep appearing: I mean here, of course, Adam Lanza, James Holmes, Jared Loughner, the Tsarnaev brothers. We hate these men because it’s easy, but we never consider what remains difficult: that mental illness is real and pressing, that if left untreated, it results in violence. That rather than fear or ignore the ill, we should work for treatment and a resolution.

I feel like an animal, Kevin wrote me once. I feel locked inside a cage.

This month marked the four-year anniversary of all that happened, and still I wait for a letter that comes monthly. The envelopes are always stamped to indicate they originated in a prison, and when I stand in my foyer and hold them, I think, Friend. I don’t think, Crime.

It seems to me someone should be listening to him, even if that person is only me.

So I read with attention about each new cellmate, each new book, each new class, or the radio Kevin’s finally saving for so that he can again listen to music.

A friend or family member asks me what he was like, and it’s all I can do to just be honest. “He was one of my best friends,” I say. “He was normal. He made great salsa.”

The Kevin I know is not the Kevin anyone imagines. They know only the man in a jumpsuit, his hands shackled to his waist. We crave for things to be simple — a case of a bad man who was bad — but Kevin was my friend, and that night, he walked me home. He is both the man I remember and the one who now lives in prison. Our friendship isn’t one documented by the cameras, not by the news anchors or their scripts. Above all, I know this: It is not a switch one can simply turn off.

Write back, Kevin writes, and each month, I always do.

Amy Butcher is a recent recipient of the Olive B. O'Connor nonfiction writing fellowship at Colgate University and is a recent graduate of the University of Iowa's Nonfiction Writing Program. She is currently completing work on her first book, of which this essay is an excerpt. More at Amyebutcher.com.