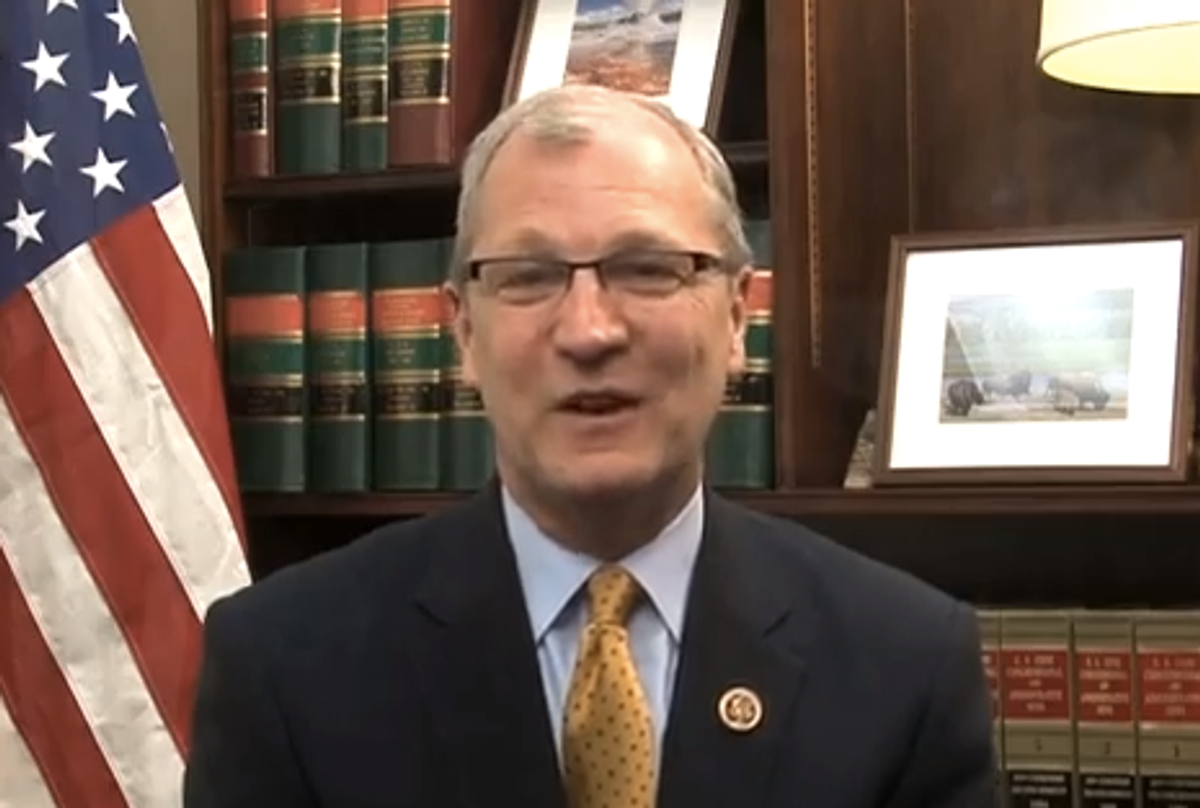 In his remarks at the University of Mary's 2013 commencement, Rep. Kevin Cramer (R-ND) blamed Roe v. Wade for tragedies like the Sandy Hook and Aurora theater shootings. Because Cramer, who has a perfect AQ rating from the National Rifle Association, certainly wouldn't think gun violence has anything to do with, you know, guns.

An excerpt (emphasis mine):

Just in the last several days, a Bismarck news anchor mistakenly uttered vulgarity on live television. He's been heralded by celebrities from New York to California as some sort of pop icon. His bosses have been called goons because they fired him.

We learned this week that the Pentagon is vetting its guide on religious tolerance with a group that compared Christian evangelism to rape, and advocated that military personnel and colluding chaplains who proselytize should be court-marshalled.

Forty years ago, the United States Supreme Court sanctioned abortion on demand. And we wonder why our culture sees school shootings so often.

Not exactly "This is water," is it?