Are streetcars the future of public transportation? 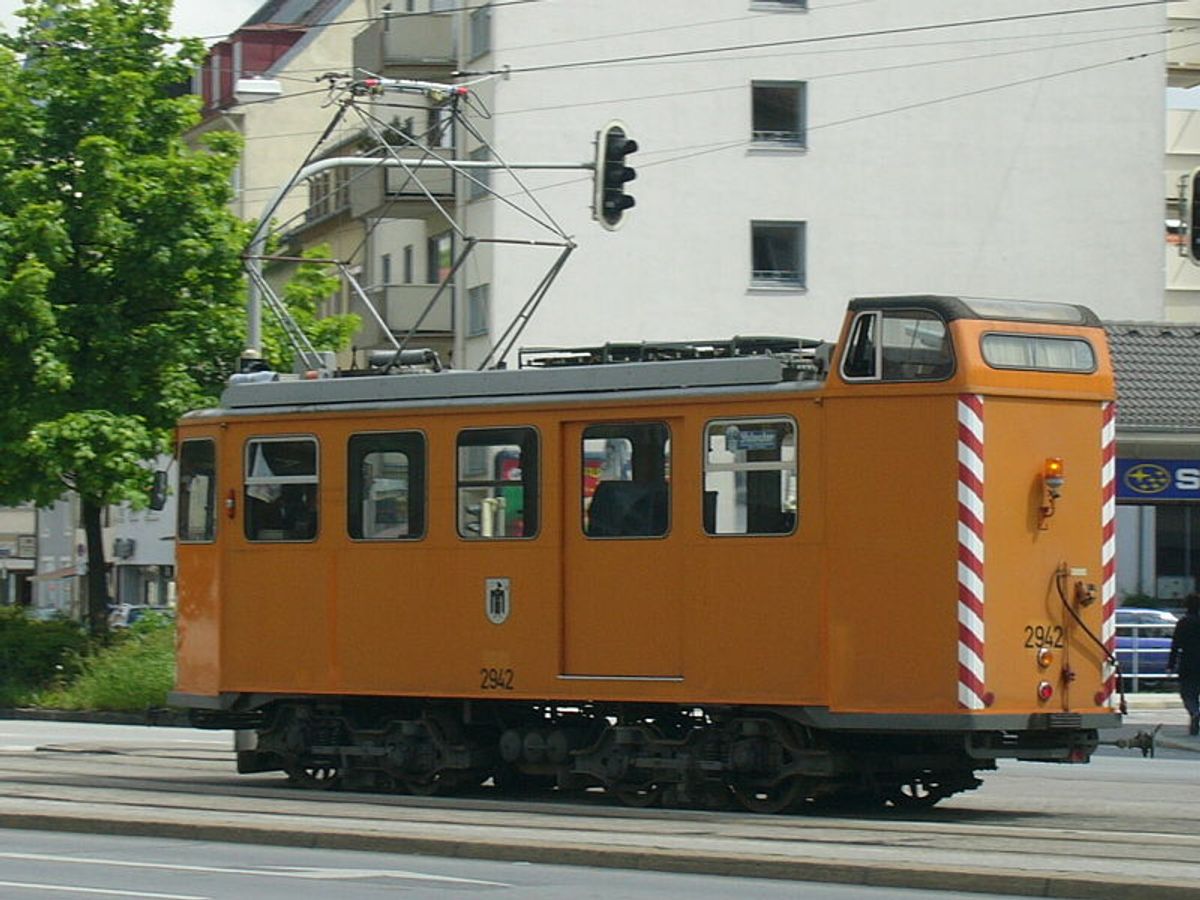 When President Obama nominated Charlotte, North Carolina, Mayor Anthony Foxx to head the U.S. Department of Transportation last month, he cited among Foxx’s other relevant accomplishments “a new streetcar project that’s going to bring modern electric tram service to [Charlotte’s] downtown area.” All well and good. But honestly, if enthusiasm for downtown streetcar projects was a prerequisite for the job, the president could probably have compiled his short list of candidates simply by closing his eyes and aiming a dart at a wall-mounted map of the lower 48.

Suddenly streetcars -- those clanging, clattering, spark-emitting icons of public transit’s past -- are among the hottest and most coveted components of public transit’s future. Right now the list of cities looking to introduce new streetcar lines or extend existing ones reads like a back-of-the-envelope tally by members of the NBA’s expansion-team task force, circa 1978: in addition to Charlotte, there’s Dallas, Kansas City, Salt Lake City, San Antonio, Fort Lauderdale, Cincinnati, Baltimore, and Tucson, among others.

As different as those streetcar-crazy cities are from one another, they have at least three things in common. First is their desire to breathe new life into somewhat moribund downtowns or other neighborhoods where the potential for economic activity is somewhat greater than the actual level of economic activity. Second is their desire to attract and retain the well-educated millennials who make up the tech-savvy “creative class,” but who have largely abandoned or foregone their cities in favor of those in California, the Northeast, and the Pacific Northwest. And third is their belief that streetcars, somehow, are absolutely key to the fulfillment of both these desires.

A story in yesterday’s New York Times would certainly seem to validate the notion that Foxx has a firm grasp of where transportation is headed and how to get us there. The article, about how twentysomethings are eschewing their cars in never-before-seen numbers for alternate forms of transit, is datelined Charlotte and contains within it the startling fact that the city’s light rail line "was projected to reach a ridership of 12,000 people within 7 to 10 years; it hit that level in the first month and a half." The overall image of Charlotte is that of a city that has smartly rooted its recent transportation decisions in demographic realities -- namely, that millennials are opting to drive less and walk, bike, or take mass transit more. Streetcars are the most visible symbol of that reality.

As is now customary in all questions pertaining to the cultivation of cool in America, Portland is held up as the example worth following. There’s certainly no question that the city’s well-designed, highly popular streetcar line, which began operation in 2001, is much beloved by the young creative professionals who have flocked to Portland in great numbers over the last decade (the city’s smartypants demographic now merits its own self-mocking TV satire). More than half of all new development in downtown Portland over the last ten years has taken place within one block of a streetcar line; the city’s initial capital outlay of $103 million has now led to more than $3.5 billion worth of private investment in residential and business development -- 10,000 housing units and nearly 5.5 million square feet of commercial space -- within three blocks of the streetcar. That’s an awful lot of bike shops, microbreweries, and pour-over coffee emporia.

But there’s another interesting thing about the new buildings along Portland’s streetcar line: by and large, they’re almost three times as dense as the buildings that were going up in the same area prior to the streetcar’s arrival. They’re far more likely to be multi-story and mixed-use -- precisely the type of transit-oriented, urban-infill development that smart-growth advocates have long touted as a powerful city-planning weapon in the fight against global climate change. And thanks in large part to the streetcar, the people who live and work in these blocks (which also happen to be filled with some of the city’s most popular shopping and nightlife destinations) have found that they simply don’t need to drive in order to get where they want to go. Accordingly, residents of these neighborhoods can boast a per-household carbon footprint up to 65 percent lower than the ones taken up by their suburban counterparts; likewise, employers who set up shop along the streetcar “corridor” can claim a footprint up to 45 percent lower.

Still, as impressive as Portland’s example is, there may also be some magical thinking at work here on behalf of cities hoping to replicate it. Adding a streetcar line can’t, by itself, lead to $3.5 billion in dense development, attract desirable demographics, or curb a city’s carbon footprint any more than joining a gym -- by itself -- can get an unhealthy person in prime physical shape. Portland, with its high concentration of young, tech-savvy professionals living inside its urban core and its environmentally progressive culture, was already demographically primed for streetcars in a way that cities like Kansas City, Fort Lauderdale, or Tucson may well find that they aren’t. And with the average price tag of a four-mile streetcar line hovering just north of $100 million, you can’t blame some critics for wondering if it’s really worth it. Are taxpayers putting up all that money to remake their downtowns into creative-class magnets, or just so tourists and conventioneers can get from the Cheesecake Factory back to their hotels faster and more comfortably?

Streetcar critics have emerged from both the right and the left, and often cite a similar argument: that it can frequently make more sense, from both an economic and emissions-cutting angle, to expand and upgrade bus service than it does to finance, build, and maintain a streetcar line from scratch. Streetcars are indeed more expensive to operate than buses per vehicle mile; and the electricity that powers them, lest we forget, is most often generated from the burning of fossil fuels. And they’re certainly no match for most other forms of public transportation as far as speed goes. In the 1940s, San Francisco mayor Roger Lapham tried to make this point as part of his effort to sway public opinion toward eliminating the city’s famed cable cars and replacing them with buses. Attaching a cable car to a pair of horses, Lapham made a deliberately slow procession down Market Street in order to mock what he saw as San Franciscans’ “sentimental,” and in his opinion irrational, attachment to an antiquated system.

But in the end, Mayor Lapham’s constituents didn’t much care how fast or efficient their cable cars were vis-a-vis buses. Protests broke out; the trolleys stayed. The whole episode, despite having taken place more than 60 years ago, may offer a clue as to why we may very well be on the verge of a streetcar renaissance. Lapham wasn’t wrong, necessarily, to imagine that buses represented a cheaper, faster, and more efficient mode of public transportation than trolleys did. Where he erred was in assuming that San Franciscans would willingly say goodbye to a mode of mass transit that -- slowness and ricketiness aside -- was such a powerful symbol of their city’s trademark style: unhurried, open-air, democratic, in-the-know, maybe even a little quaint. A bus was what you took to work when you were running late. But a streetcar was what you grabbed to get Italian food in North Beach, or attend a bookstore poetry reading, or meet friends for espresso and political gossip at Caffe Trieste.

The sleek, smooth-running streetcars that cities like Charlotte are hoping to add to their streets are as different from an old-fashioned San Francisco trolley as buttoned-down, banker-dominated Charlotte itself is from San Francisco. But what big city in America wouldn’t want to inject just a little of San Francisco’s charm or Portland’s uber-hipness into an urban core that generally tends to close for business at 5 p.m.? Streetcars can’t transform the cultural character of a city, or single-handedly pull one out of a national recession. And unless they’re structurally connected to a much larger and thoughtfully administered mass-transit system, they can’t even make much of an impact on greenhouse gas emissions or climate change. But if they’re done right, they can leverage their unique attractiveness to get people out of their homes and into stores, restaurants, cafes, sports arenas -- or even offices -- without having to get into and out of their cars so many times.