That groundbreaking clinical trial in the New York Times? It's my study -- and I'm 15 months clean 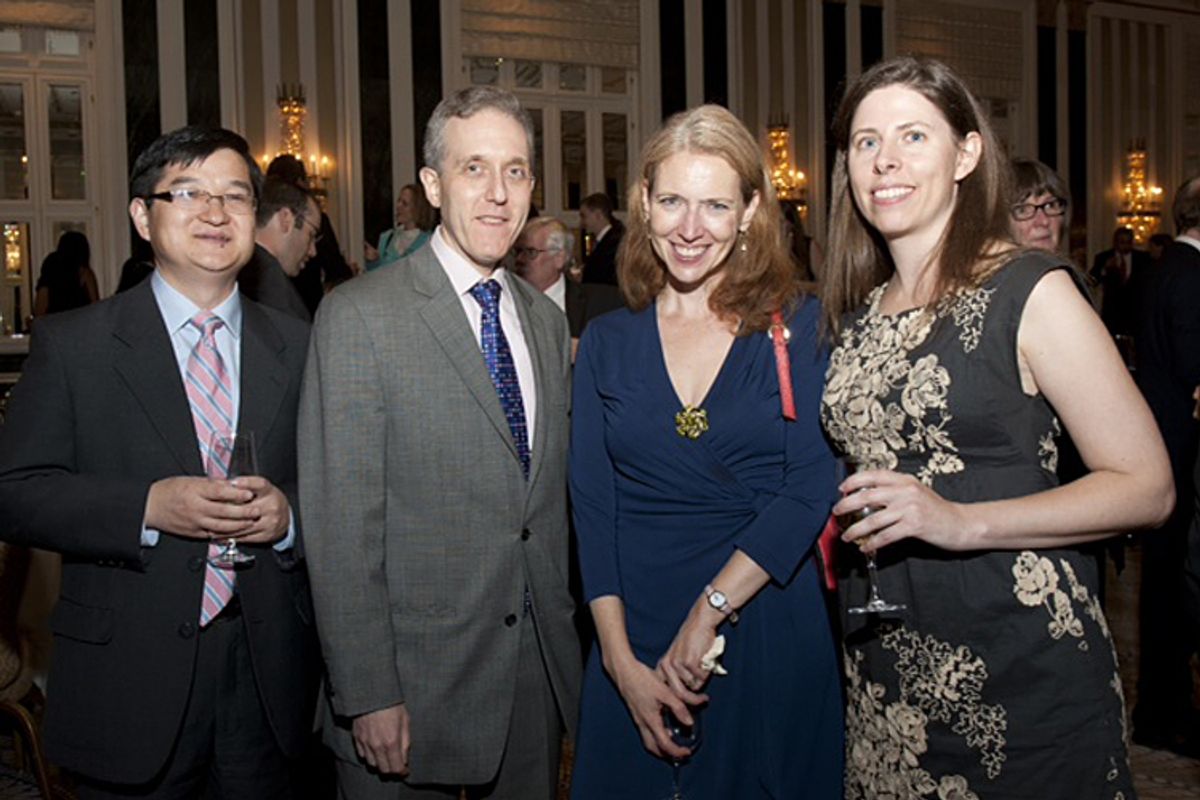 The author (second from right), surrounded by her doctors
--

I've spent my whole career trying to make some kind of a name for myself. But it turns out that if I am ever remembered for anything, it will likely be as a number.

My patient number is how I'm identified in the immunotherapy clinical trial I've been in since the fall of 2011. It protects my privacy as my doctors and researchers at Memorial Sloan-Kettering assess my results. And those results have been, in the words of American Society of Clinical Oncology president Dr. Sandra Swain, "very exciting." "Truly remarkable," even. Results with far-reaching implications not just for countless melanoma patients just like me, but, soon, for patients with a variety of other forms of cancer. It's a whole new era of treatment.

This is something I've known about – and lived firsthand -- for a while. But the first abstract from the report my doctor, Jedd Wolchok, will be presenting at the ASCO annual meeting starting May 31 was released Wednesday – and even in a cancer news week dominated by Angelina Jolie and prophylactic mastectomies, the findings still managed to make waves.

As a New York Times story explained, "A combination of two drugs from Bristol-Myers Squibb shrank tumors significantly in about 41 percent of patients with advanced melanoma in a small study. In few of the 52 patients in the study, tumors disappeared completely, at least as could be determined by imaging."

Those "few" out of the 52 whose tumors went away completely? I'm one of them.

The observation that "there are signs" the effects could be durable for "a year or more"? I'm over 15 months clean.

That part in the abstract about patients with "rapid responses, prompt symptom resolution, and durable CRs" -- the disappearance of all evidence of disease? That's me too. I went from a diagnosis of a metastatic, Stage 4 cancer that looked hell-bent on killing me, and expediently, to having a visible reduction in tumor size within just one week – and being completely cancer-free within three months. Mighty jazzy for the first cohort of a Phase 1 trial. I'm one of the first. But I will not be the only.

Unlike traditional cancer treatments, immunotherapy works with the body's own defense system, releasing the braking system on a patient's T-cells to attack cancer. And because it works systemically, the hope is that the immune system will be able to fight not just the cancer cells that testing can detect, but anywhere it might be lurking in the body -- and to continue to do so long-term. To paraphrase noted health expert Joe Biden, it's a big effing deal. When I got cancer, I felt like my body had betrayed me, on a cellular level. When I started doing immunotherapy, and that therapy worked, I felt like my body had saved me. And that's damn cool.

Mine is not the only cancer immunotherapy trial currently going on, nor is my treatment the only one available. In fact, it's a drug combination that utilizes the Yervoy (Ipilimumab), which was approved by the FDA two years ago. In December, doctors in Philadelphia made headlines for  a different and thrilling immune system treatment for leukemia. But this trial represents part of a new wave of research in the long-ignored and neglected field of immunotherapy, a movement that suggests that after decades of only minor advancements in treatment, a seismic shift has happened.

When my doctor presents his findings at the end of this month, it won't be the end, either for the trial or for my role in it. I'm in treatment for another six months. I'm only a year and a half cancer-free, and I know nothing is guaranteed, though I'm encouraged by immunology researcher Dr. James Allison's comment to the Wall Street Journal Wednesday that "It's a minority of patients, but the responses are durable once you've got them." The drug combo I'm on is still likely years away from FDA approval. Researchers are still toiling diligently to unlock the secrets of why patients like me respond so enthusiastically to immunotherapy, while others don't. I will be studied and tracked for the rest of my life.

Nor does my good fortune have a whole lot to do with that all-encompassing, nonsensical term "the cure." Cancer is an appalling array of diseases, and one single course of treatment will never be the solution for all of them. In the meantime, far too many of us are going to keep getting sick, and keep dying. And how much this will cost patients in the long run is still yet to be seen. Bristol-Myers Squibb is happy today; you'd better believe I hope patients who need lifesaving care will get to share in their joy -- and aren't ultimately shut out because of prohibitive costs. (Because I'm in a trial, the costs of my treatment are carried by the drug company.) But these findings also mean that doctors are gaining deeper insight into how cancer works and how it can be stopped. They mean more patients are going to have the kind of chance, the opportunity, that I did.

Aside from the exciting unpredictability of clinical trials – Hey, nobody really knows whether these drugs will get rid of your cancer or even exactly what they'll do to your body! Good luck! -- one of the more nerve-shattering aspects is knowing that your results will have an effect on how the trial performs overall. Your survivorship represents a pretty important personal goal, but it also impacts whether the work goes forward, whether others facing serious cancer, crappy odds and few options will have access to the drugs that might save their lives. Because immunotherapy worked so well for enough of us, my greatest hope is that now it will work well for a whole hell of a lot more of us. Because immunotherapy worked, I'll go down in the annals of medical literature as an anonymous, faceless patient. A number. And I couldn't possibly be more thrilled.