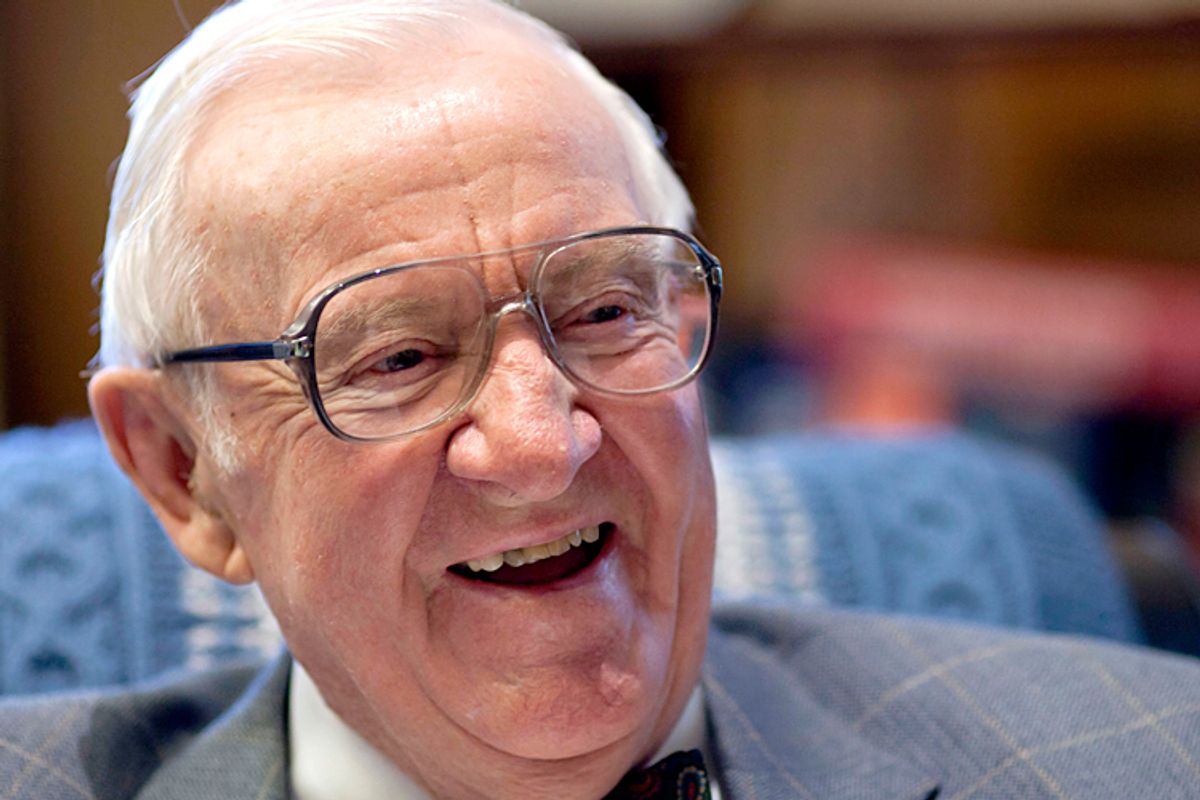 Former Supreme Court Justice John Paul Stevens said Thursday night that he's come to the realization that the rationale behind the court's Bush v. Gore decision that effectively decided the 2000 presidential election "was really quite unacceptable" because it differentiated between so-called "hanging chads" and "dimpled chads." That distinction, he told a gala event for the liberal watchdog group Public Citizen in Washington, "violated the Equal Protection Clause of the Constitution." All votes should have been considered the same way, he explained.

Former Justice Sandra Day O'Connor recently expressed regret that the court had taken up the case at all, and Stevens said he was "pleased to hear" about O'Connor's shift. The liberal Stevens wrote the dissent in that case.

Stevens, who retired in 2010 and is now 93, was introduced as a "rock star" at the event and received applause for holding the record for the most dissents written by a single justice -- a whopping 720. Excerpts from his stinging objection to the Citizens United decision were displayed on large posters around the room.

The former justice also praised Chief Justice John Roberts as "intellectually honest" and an able jurist, even though the two disagree on most things. Stevens happened to be at the court on the day the Obamacare decision came down and he said he predicted that morning that Roberts would write the majority opinion to uphold the law. "I was confident that the chief, regardless of his own personal views -- and I'm sure he was not happy about the outcome -- that he would follow what the law required. And I was right on that one," Stevens said.