Cannes: Oscar-winner Asghar Farhadi leaves Iran to make "The Past," a heartbreaking tale of modern marriage 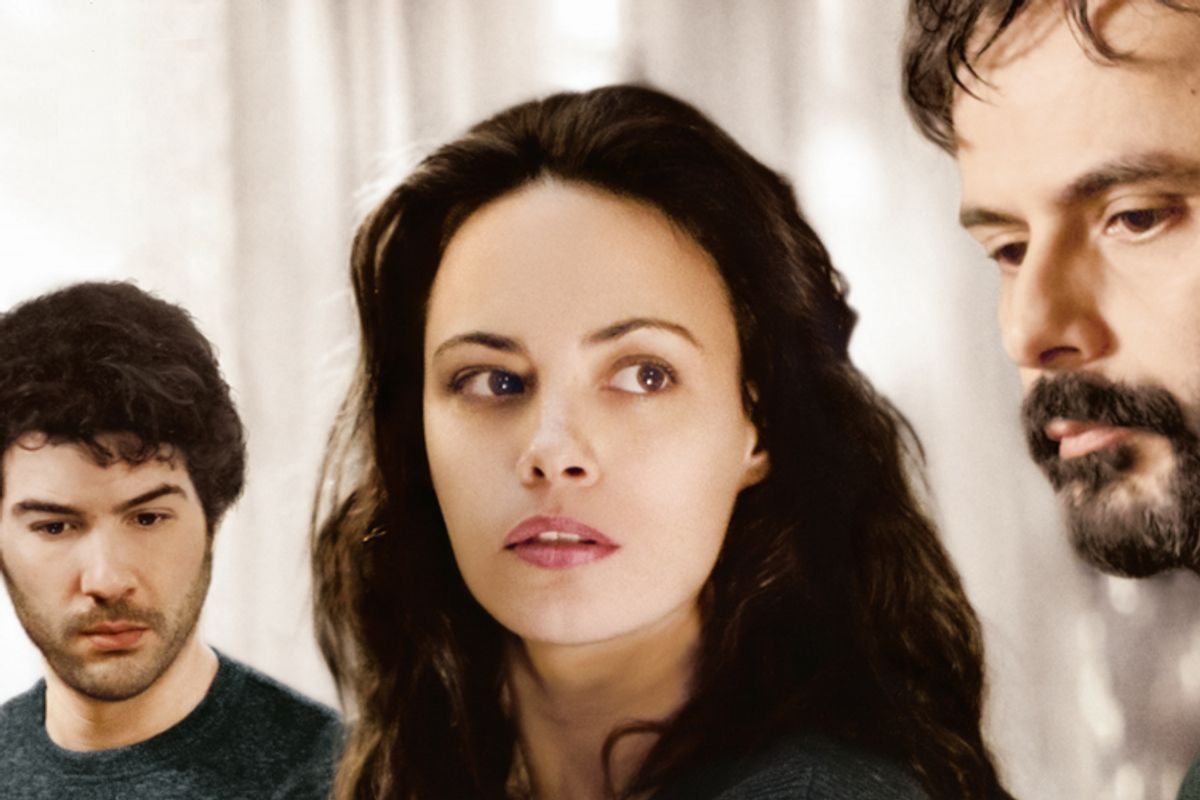 CANNES, France -- By leaving his native Iran (at least for now) and making what for all practical purposes is a French film, Oscar-winning director Asghar Farhadi may have given up the principal factor that made him interesting to the West. But those who admired Farhadi’s intense Tehran domestic drama “A Separation” – one of the key movies of this decade so far – will find the same intimate sensibility and the same finely-wrought shifts in perspective at work in “The Past,” which premiered here on Friday. It's still too early at Cannes to start handicapping the Palme d'Or race, but this one's sure to be a strong contender.

This time Farhadi's camera is pointed not at the hypocrisies of life in the Islamic Republic but at the darker consequenes of easy-breezy serial monogamy in the secular West. It’s oddly bracing to have an artist come out of a society that we know he finds overly repressive, and immediately make a film that essentially accuses supposedly liberated Westerners of behaving like a bunch of spoiled children, and of poisoning the next generation with our reckless misbehavior. Mind you, “The Past” is a complex drama that can’t be boiled down to that one theme, and anyway the squabbling middle-class couple in “A Separation” inflicted plenty of damage on that adorably precocious preteen daughter of theirs. It’s not as if Farhadi is preaching either morality or religion. Islam played a role in “A Separation” mainly as a marker of class differentiation, and while several of the characters in “The Past” come from Muslim backgrounds, religion is never mentioned.

Furthermore, the morality-fable overtones of “The Past” – and especially the suggestion that parents aren’t doing their jobs – are echoed in several other Cannes films this year, stretching from the depraved Los Angeles of Sofia Coppola’s “The Bling Ring” to the corrupt China of Jia Zhangke’s “A Touch of Sin” to the devastated psyche of a Blackfoot Indian World War II vet in Arnaud Desplechin’s “Jimmy P.” It’s Family Values Week on the Riviera! Seriously though, speaking both as a critic and a parent, I’m glad to see serious film artists take up a question that’s often viewed as an untouchable right-wing talking point.

Almost as soon as we see Marie-Anne (Bérénice Bejo of “The Artist”) picking up her estranged Iranian husband Ahmad (Ali Mosaffa) at Charles de Gaulle Airport, they start bickering like – well, like a married couple. Indeed my immediate thought was less Oh, that’s why they broke up than These two are totally not over each other. Indeed, Marie-Anne’s new boyfriend, Samir (the terrific French actor Tahar Rahim), picks up on it right away: People don’t start fighting after four years apart if there’s nothing left in the tank. Officially, Ahmad is coming back from Iran for a brief visit, just to sign the divorce papers and end on a clean and friendly note. Needless to say, it won’t be quite that easy.

There’ll be much more to say about “The Past” when it reaches American theaters, but I’ll add for now that it’s densely plotted and full of twists and turns, with an element of detective story. Ahmad has no idea what he’s walking into after four years away, and Farhadi delivers the truth about this overly complicated family situation in modest doses of dry comedy. There’s a teenage daughter named Lucie (Pauline Burlet, surely a coming star in French cinema), who thinks of Ahmad as her father even though he isn’t, and two younger kids, neither of whom lives with both parents. Marie-Anne is pregnant with Samir’s child, but that was an accident and it’s not quite clear how their relationship is going either; Samir is still married to someone else, and Lucie knows a lot more about what went wrong in that relationship than she should.

If that sounds overly soap-operatic, it plays out against an intensely realistic portrayal of life in the multicultural Paris suburbs, with an episodic structure that keeps focusing your attention on a different member of the central adult triangle, each of whom is at fault in some ways. If “The Past” is perhaps not the same level of masterwork as “A Separation,” it’s still the work of a master. Its central theme, common to both melodramas and thrillers – we all believe we can run away from our past, but it catches up to us eventually – is after all not Western or Eastern, Christian or Muslim or secular, but simply human.