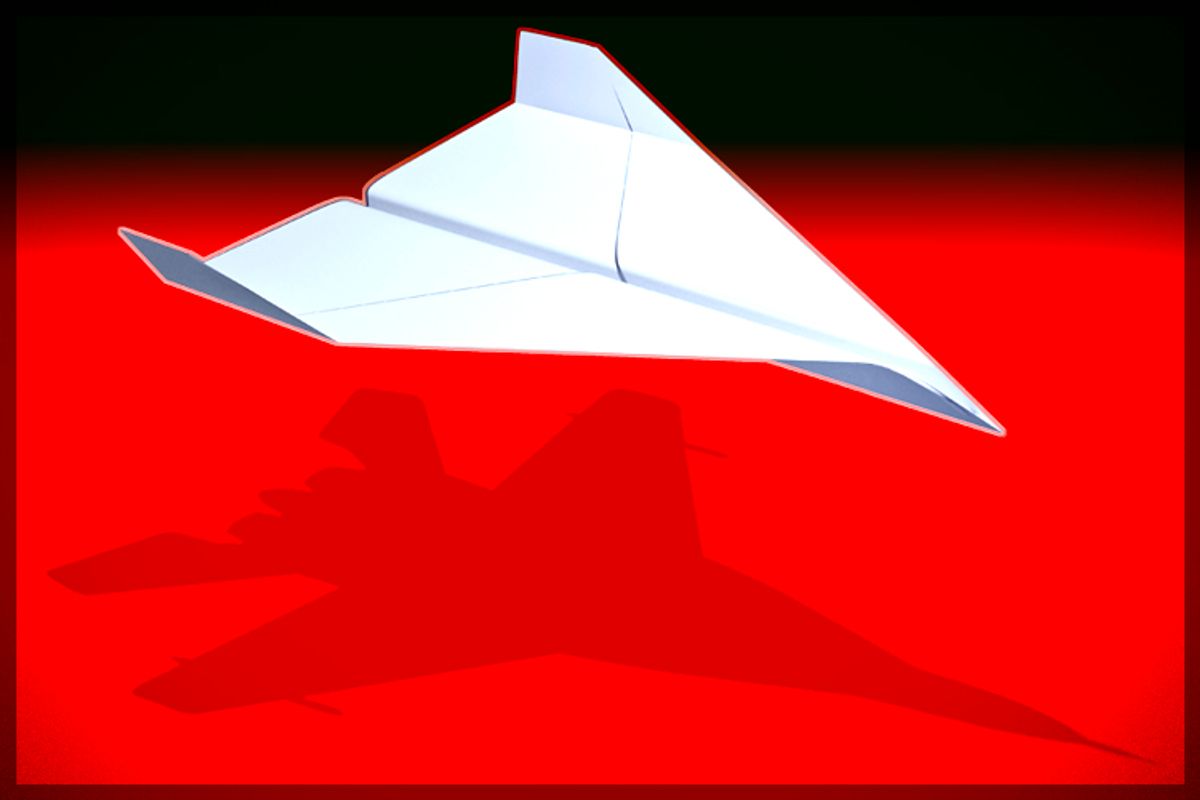 How do you stop one anti-government extremist from coordinating a trillion dollar “paper terrorism” scheme involving a raft of false financial documents, or deal with another who sues prosecutors for allegedly conspiring against him by using poor grammar?

This is the question that state governments and federal agencies are faced with, ever since a surge of people who consider themselves "sovereign citizens" began acting on their belief that all aspects of law and government are illegitimate. The Southern Poverty Law Center estimates that in 2011 there were approximately 100,000 "hard-core" believers in sovereign citizen ideology, though it's a tough number to nail down because the movement is so disparate. For the same reason -- and because, by their nature, members of the movement don't believe in laws -- it's also tough to draft legislation to specifically target those crimes favored by sovereign citizens.

Some of those crimes involve filing fraudulent tax returns, liens and foreclosures, frequently known as "paper terrorism." In fact, insofar as the sovereign citizen movement has leaders, it's in the form of so-called "gurus" who peddle materials on how to conduct these schemes. One prominent sovereign leader, Tim Turner -- who refers to himself as "president" of the "Republic for the united States of America" [sic] -- was recently convicted for "attempting to pay taxes with fictitious financial instruments," among other things. In addition to his own alleged tax crimes, Turner also purveyed a "series of seminars claiming he could help his clients get out of paying mortgages, credit cards and income tax bills using a series of sovereign tricks," the SPLC reports.

Another sovereign citizen, David Russell Myrland, he of the particularly bizarre grammar-based conspiracy lawsuit, spent around 20 years illegally practicing law and teaching others to cheat on federal income taxes. In 2012, though, he pleaded guilty and was sentenced to 40 months in prison for threatening to kidnap a mayor in Washington state.

These cases sometimes take years to build, and they don't address the problems that arise with the more common sovereign practice of filing false tax liens (charges imposed on property to ensure tax payments) against public officials, sometimes worth millions of dollars. Usually, these liens are left undiscovered until the official in question goes to take out a mortgage or a loan and finds their credit effectively ruined. Most of the time, sovereign citizens can exploit loopholes in laws that require clerks to process the filings without asking questions.

One way states are addressing the issue is by passing legislation to close that loophole. Indiana is the latest of at least 15 other states to pass a law to allow clerks and state officials to reject fraudulent filings before they can do any damage.

Indiana Secretary of State Connie Lawson, a Republican, told Salon that Indiana's new law aims to stop two typical types of filings: harassment and "straw man" filings. Harassment filings are those used "usually for a retaliatory purpose," Lawson said, against an elected official who has confronted the sovereign citizen in some way. In Indiana, there have been two recent harassment filings made against federal judges and one against a local mayor, amounting to millions of dollars in fraudulent liens. "Straw man filings" simply express a sovereign citizen's contention that the government is illegitimate, and are easy to identify because they are often in all caps and interspersed with colons, make multiple references to the Bible or the Constitution, and generally contain noticeably odd language and punctuation.

In the past, Lawson explained, her office would be able to identify these fraudulent filings, but they "couldn't question the content" and were still required to process them. At best, the filings clog up the system. At worst, they can seriously damage an official's finances. "The most effective way to stop these filings is to do it preventively," Lawson said.

Some states are hoping to prevent these filings in a different way -- by enacting tougher penalties that could serve as a deterrent. In New York, a bill would "ensure that appropriate punishments and deterrent exist in relation to the malicious filing of false or fictitious liens against ... police officers and elected officials," by making filing them a felony. The punishment would be a fine of $10,000 per filing and up to a year in prison.

The bill, which was introduced and deferred to the state judiciary committee back in January, was pushed by Orleans County District Attorney Joe Cardone. Cardone told Salon that he had heard about a federal statute that helped crack down on false liens filed against federal officials, "but there was really nothing at the state level." Though he says the practice hasn't occurred much in his area, the bill closes a loophole in the system in which "you might have a forgery statute that might cover the situation, but it won't have as high an offense as this."

Bill Fulton, a former confidential informant for the FBI on the Schaeffer Cox militia case, who has continued to work with law enforcement on sovereign citizen issues, argued to Salon that the idea behind the New York bill is not to stop them from filing the liens but to prosecute before they can file multiple liens. Under the current law, Fulton said, by the time officials catch on to the lien scam, there could already be 20 to 30 fraudulent filings in the system -- which could amount to multiple fraud felonies.

"They're not going to follow the law, but what it will do is allow law enforcement to deal with them before they clog up the court system and before they cause additional problems," he said, noting that "sovereign citizens have convinced themselves that this is all legal and this is all OK." The law would be like "early intervention," Fulton said. "If we can get them early enough to discourage them, then hopefully they won't continue down that path."

Georgia implemented a similar law in 2012, which went into effect last July. The law, pushed by state Rep. B. J. Pak, a Republican, made it a separate crime to file false liens, punishable by 1 to 10 years in prison, a fine up to $10,000, or both. Pak told Salon that though the law is pretty recent, he hasn't heard of any filings since it's gone into effect. "I'm hoping no news is good news, that it's becoming a deterrent." He added that the next step might be targeting sovereign citizens that have been filing false foreclosures on homes, which Pak says is in the "same kind of wheelhouse."

For instance, in Georgia itself, 12 sovereign citizens were indicted in 2011 on several charges related to an alleged scheme to break into unoccupied homes, file the deeds for themselves, and then file additional fraudulent liens and lawsuits against any law enforcement or public official who tried to kick them out.

In these schemes, the "rightful owner has a hard time getting possession of their house; they have to go through this protracted process to determine which deed is real and which is fake," Pak said.

Though state governments may be able to effectively utilize deterrence to prevent "paper terrorism," there are still those more disturbing cases in which sovereign citizens have resorted to violence when confronted with law enforcement. In 2010, for example, two sovereign citizens in Arkansas were killed in a shootout after the two men opened fire with AK-47s during a traffic stop, killing two police officers.

That's why the FBI has labeled sovereign citizens a "domestic terrorist movement," and it's why the White House established a new "Interagency Working Group to Counter Online Radicalization to Violence" in February of this year. The group organizes efforts to crack down on potentially violent individuals and movements, like sovereign citizens, "who use the Internet to recruit others to plan or carry out acts of violence."

That's also why local police departments have been taking additional measures to instruct officers on how to deal with sovereign citizens, including hiring specialized trainers like Detectives Rob Finch and Kory Flowers. Finch and Flowers have been making the rounds across the country, training approximately 15,000 police officers and 5,000 public officials in how to recognize and deal with a sovereign citizen who might, when pushed, resort to violence. "To them, a police officer is just a man in a Halloween costume," Finch recently told the Los Angeles Times.