An 18-year-old high school senior is facing felony charges for a consensual, same-sex relationship with a classmate 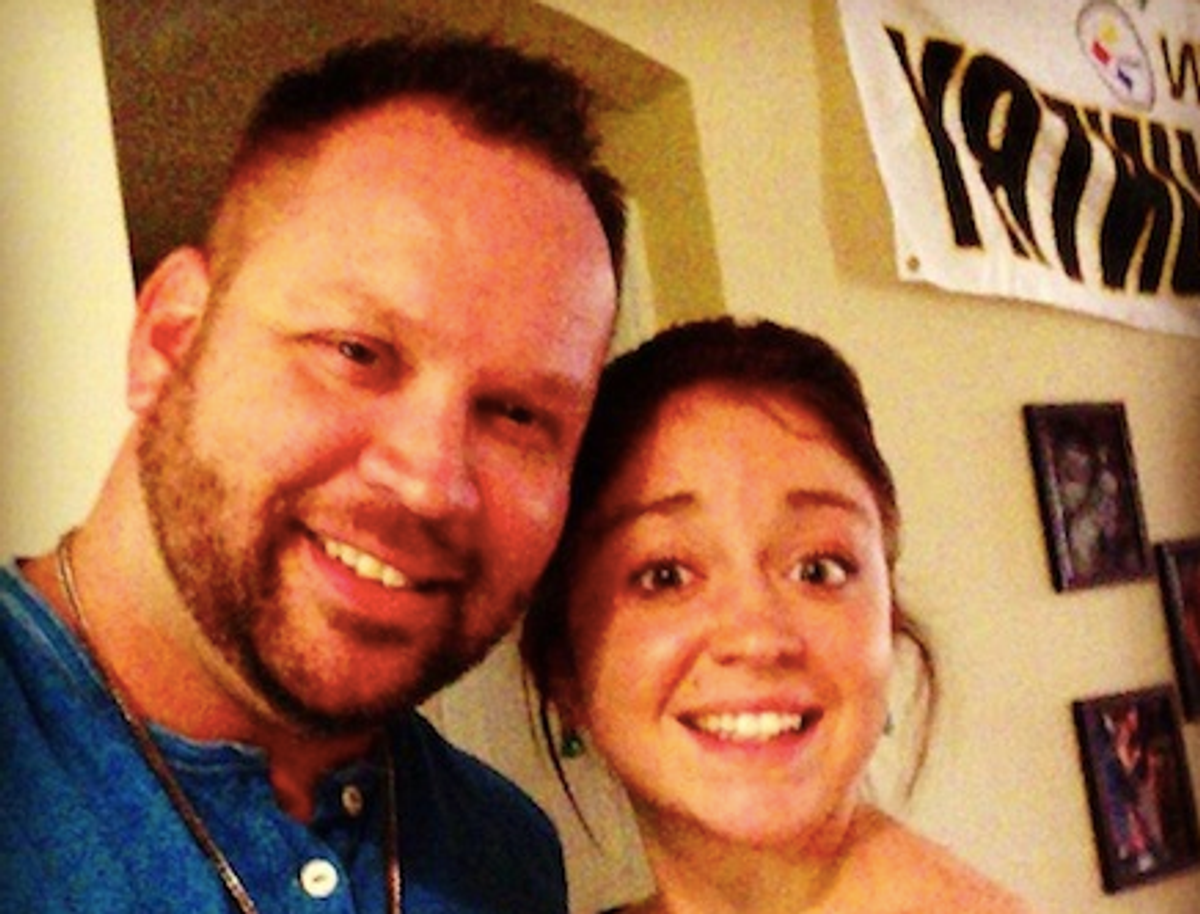 Kaitlyn Hunt is an 18-year-old high school senior, a cheerleader and varsity basketball player who classmates once dubbed "student with the most school spirit." In February of this year, two police officers appeared at her Florida home, put her in handcuffs and, without explanation to either of her parents, placed her under arrest.

Kaitlyn now faces two felony counts of "lewd and lascivious battery on a child 12 to 16 because of her consensual, same-sex relationship with a high school classmate, a freshman she met while both played on the varsity basketball team.

On Monday, her father, Steven Hunt Jr., wrote about the experience of having his daughter become the target of anti-gay discrimination and the very real possibility that Kaitlyn could go to prison simply for dating in high school:

While Kate was three years older than her girlfriend, they were peers. But when Kate's girlfriend's parents learned of their relationship, they went directly to the police to press charges without sharing their objections with Kate or her family... Kate was eventually charged with two counts of felony lewd and lascivious battery on a child 12 to 16 ...

Kate's girlfriend has taken no part in her prosecution and adamantly denies she is a victim, but the law grants her no rights in this matter. Kate has offered to permanently cease contact and leave the state if charges are dropped, but that offer has been rejected by the prosecutor and the girlfriend's parents...

This relationship occurred when they were both minors, and my daughter's girlfriend's parents waited until she turned 18 to arrest her.

Kaitlyn had been targeted by school officials before the arrest as well, according to Hunt:

After the relationship started, the basketball coach approached her and said, "Kaitlyn, can I talk to you? I heard you have something going on with another female player on our team, and I can't have that kind of drama on my team, I don't allow it and I wouldn't ever. So, I'm sorry, but playing on our team won't work out for you."

Gay rights activists and Internet hacker collective Anonymous have each taken up Kaitlyn's case, and Hunt is hopeful that increased visibility will help his daughter's chances of beating the charges, saying that Kaitlyn has a "big future ahead of her" and that "there are people, thousands of people in fact, that have no intention of allowing [the River County State Attorney] to ruin it."