Virginia Sen. Mark Obenshain wanted to send women to jail who failed to report their miscarriages to the police 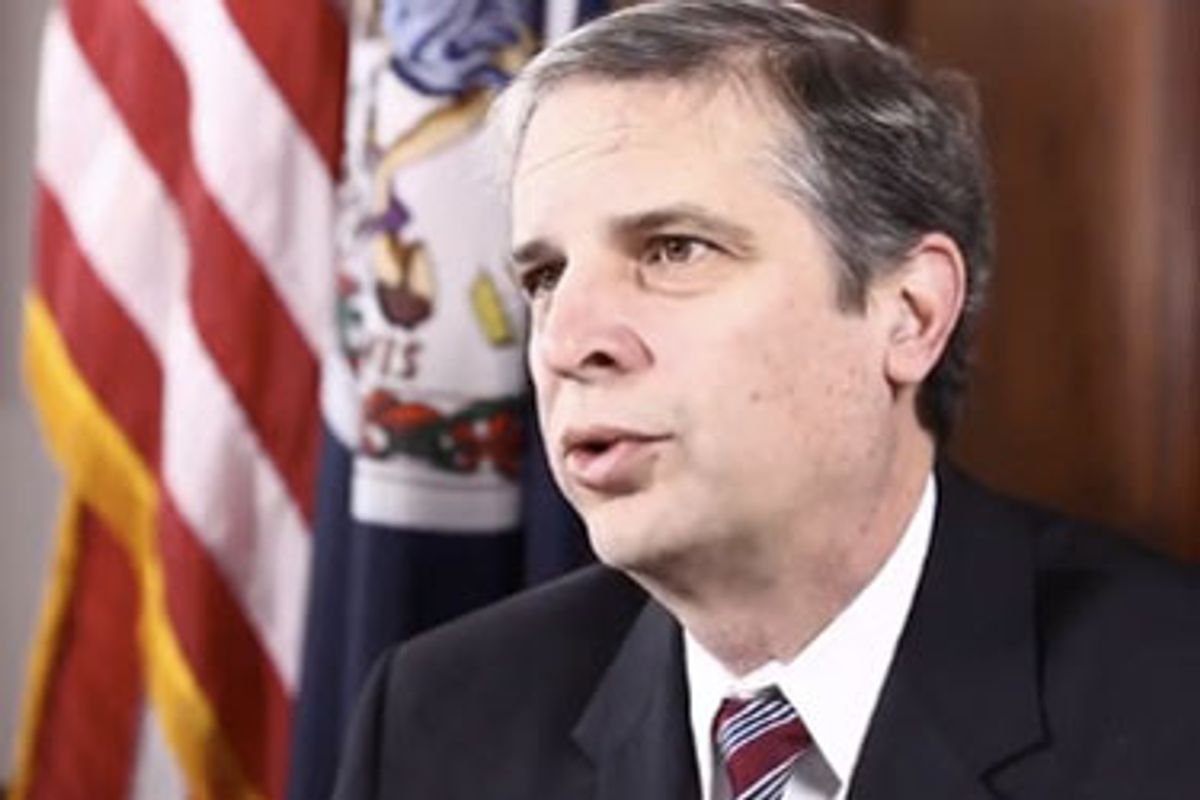 Virginia Republicans selected state Sen. Mark Obenshain as their candidate to succeed fellow right-winger Ken Cuccinelli as the state's top prosecutor over the weekend, a move that has invited additional scrutiny of Obenshain's track record by state Democrats and progressive activists.

One of the first bits of legislative flotsam to resurface was a measure, introduced by Obenshain in 2009, to force women to report miscarriages to the police within 24 hours or face up to a year in jail.

The text of Obenshain's bill:

[SB962] requires that when a fetal death occurs without medical attendance upon the mother at or after the delivery or abortion, the mother or someone acting on her behalf, within 24 hours, report the fetal death, location of the remains, and identity of the mother to the local or state police or sheriff's department of the city or county where the fetal death occurred. The bill also specifies that no one shall remove, destroy, or otherwise dispose of any remains without the express authorization of law-enforcement officials or the medical examiner, and that a violation of this section is a Class 1 misdemeanor.

Cuccinelli, who recently tried to uphold his state's unconstitutional anti-sodomy law and was chastised for being too fringe by his GOP donors, was delighted by his party's selection of Obenshain, tweeting that the attorney general candidate would be "a great addition to the team."

Jared Walczak, Obenshain's deputy campaign manager for policy, has issued a statement regarding the 2009 legislation that Obenshain introduced:

At the request of one of his local Commonwealth’s Attorneys, Senator Obenshain carried legislation (SB 962 of 2009) dealing with a specific law enforcement issue. As sometimes happens, the legislation that emerged was far too broad, and would have had ramifications that neither he nor the Commonwealth’s Attorney’s office ever intended. Senator Obenshain is strongly against imposing any added burden for women who suffer a miscarriage, and that was never the intent of the legislation. He explored possible amendments to address the bill’s unintended consequences, and met with representatives of both Planned Parenthood and NARAL Pro-Choice in an attempt to identify a solution. Ultimately, however, he was not satisfied that any amendment could sufficiently narrow the scope of the bill to eliminate these unintended consequences, so he had the bill stricken at his own request.

In 2009 we made it clear to Sen. Obenshain that NARAL Pro-Choice Virginia vehemently opposed his bill to criminalize tragic pregnancy complications and intimidate grieving Virginian women with the threat of law enforcement -- not to mention jail time. Although Sen. Obenshain did reach out to us amidst public backlash for a 'solution,' we clearly told him we would support nothing but immediate defeat of the legislation. While I'm relieved that he eventually decided to pull his bill, it is deeply troubling that an elected official would even consider such a callous and insulting effort.