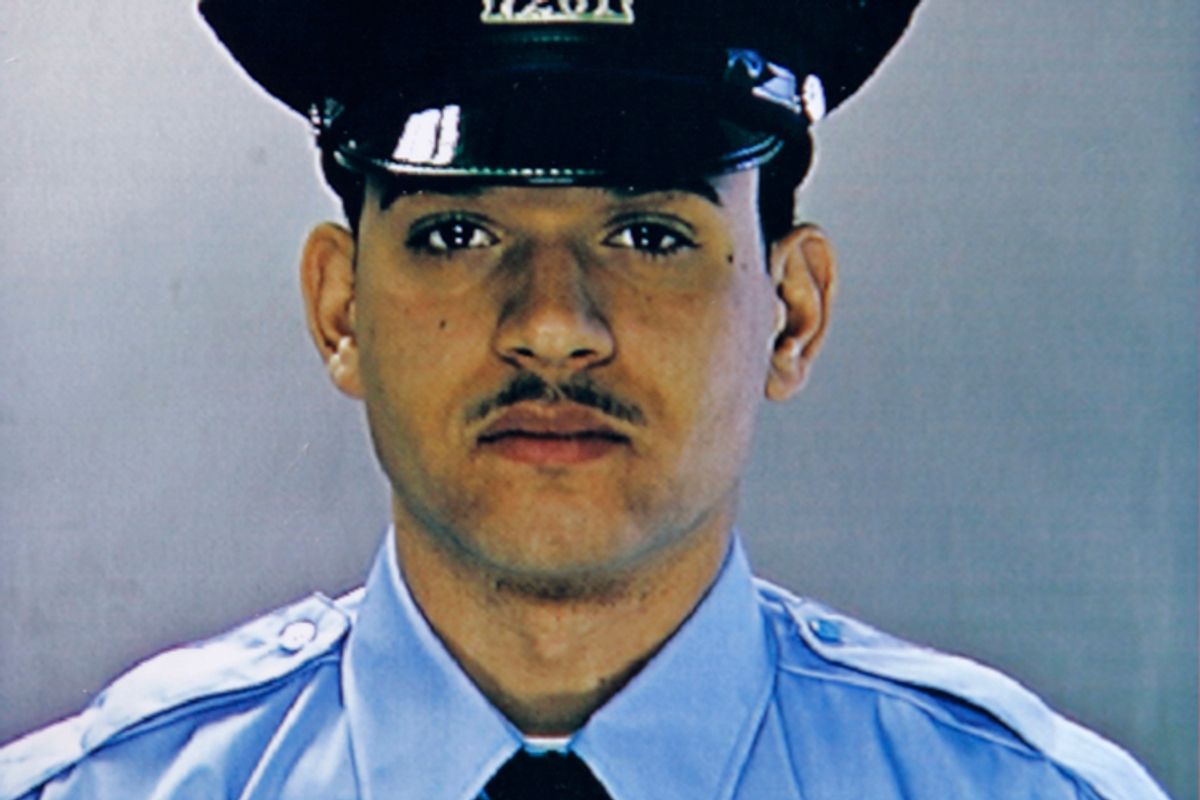 Richard DeCoatsworth, a former Philadelphia cop once honored with a seat next to First Lady Michelle Obama during the president's first congressional address, has been accused of drugging and raping two women and assaulting another. DeCoatsworth, currently held on $60 million bail, rose to "hero" status when in 2007 he was shot in the face; the then-rookie cop chased down and tackled his assailant. He was named a 2008 "Top Cop." As local Philadelphia station NBC10 reports, however, the former officer now faces charges for horrendous abuses.

He allegedly forced "two women, both in their 20s, to use drugs and perform oral sex on him at gunpoint," Philadelphia's NBC10 reported:

Police raided DeCoatsworth’s house on the 2700 block of Salmon Street in the Port Richmond section of Philadelphia around 6:30 a.m. on Saturday. He was charged with rape, sexual assault, terroristic threats and related offenses. Police also confiscated drugs and guns from the home, according to a source. No word yet on what kind of drugs were removed from the home.

According to court documents, bail was set at $25 million for each of the alleged victims. Another $10 million bail was set in a separate domestic violence case DeCoatsworth is now being charged with, according to investigators. Police say he assaulted his live-in girlfriend on May 9. The $60 million bail is reportedly one of the highest set in Philadelphia history. Decoatsworth faces more than 32 crimes in all three cases.