Obama to all-male university graduates: Be the best husband to "your boyfriend or partner"

The president's inclusive remarks were about "setting an example for what it means to be a man," Obama said 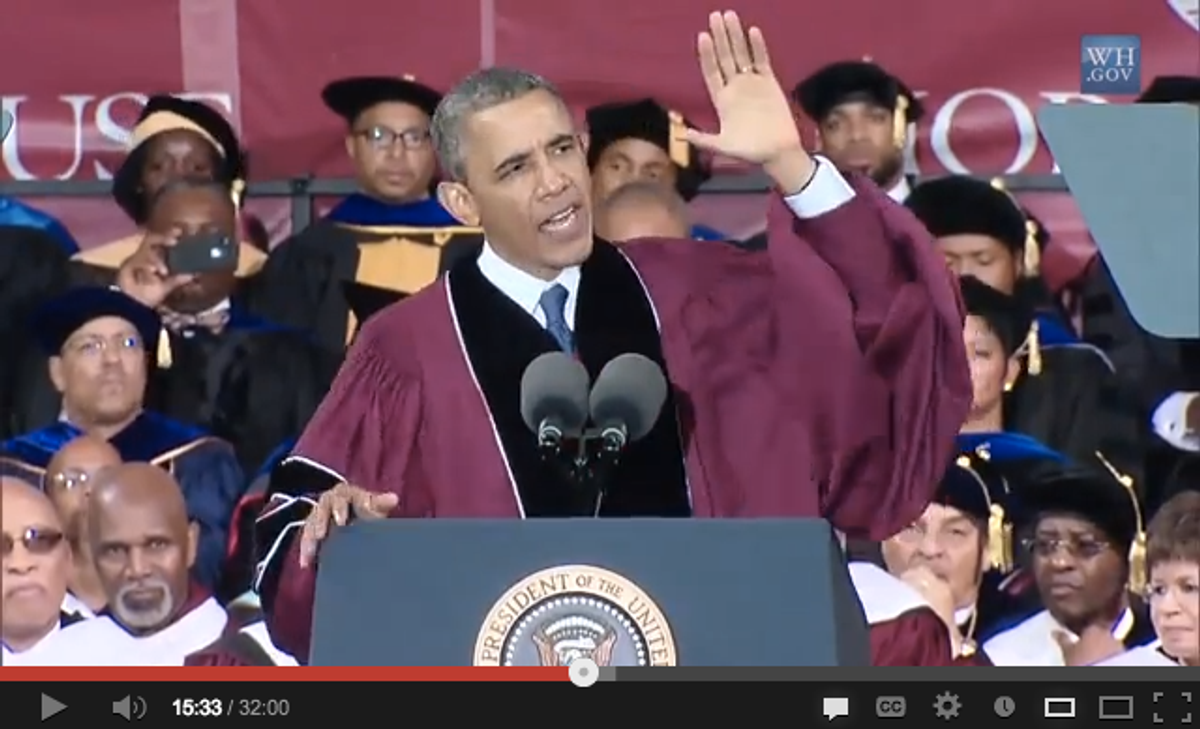 President Obama addressed Morehouse College's 2013 graduating class over the weekend and, in his speech on "what it means to be a man," told the all-male graduating class to be the "best husband to your wife, your boyfriend or your partner":

Keep setting an example for what it means to be a man. Be the best husband to your wife or your boyfriend or your partner. Be the best father you can be to your children. Because nothing is more important.

He went on to urge the students to "care about justice for everybody":

A remark about being a good husband to one's husband may seem ordinary coming from a pro-gay marriage politician, but the president's willingness to address LGBT equality in a speech that wasn't explicitly about gay rights is a glimpse at what inclusivity actually looks like in practice -- making the rights of gays and lesbians an ordinary part of everyday life and speech.