That didn't take long! Alex Jones is already warning that the government "can create and steer groups of tornadoes" 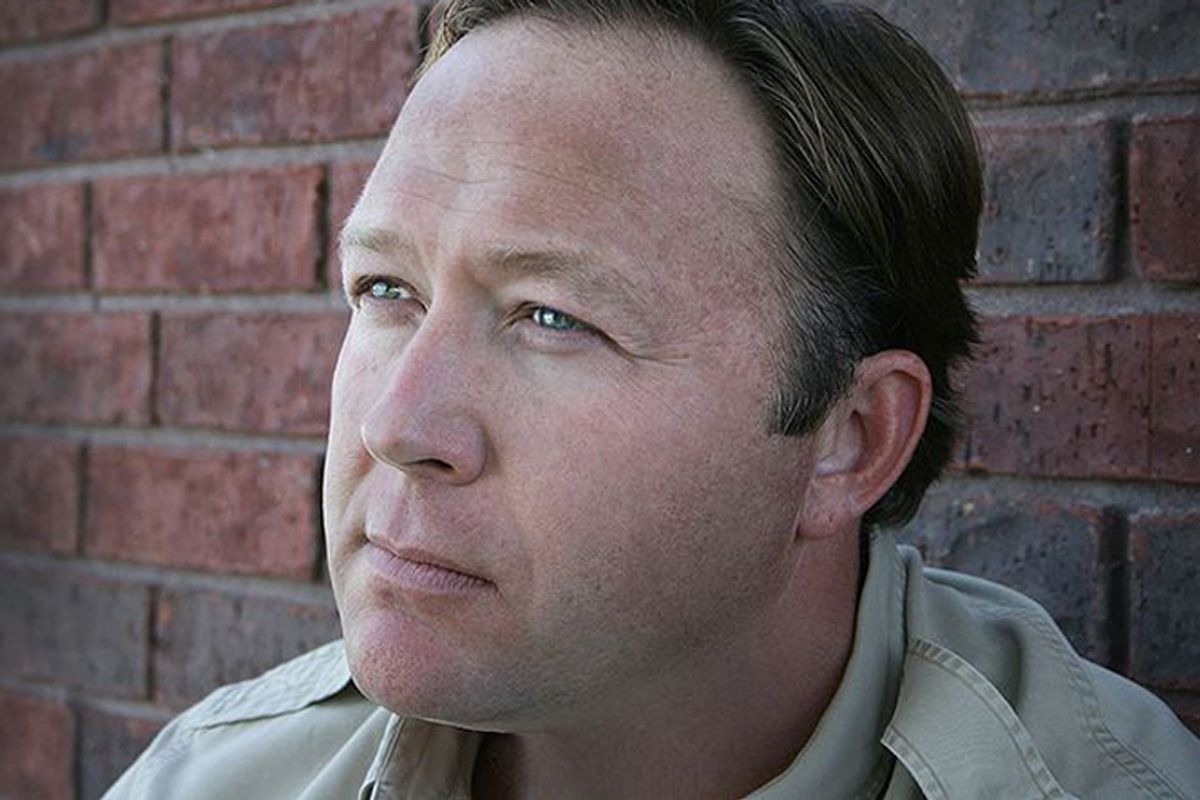 Popular conspiracy theorist Alex Jones says the government wields a "weather weapon" that can "create and steer" tornadoes. But let's not jump to conclusions, he told his audience, the feds may not have whipped up the tornadoes that devastated Oklahoma this week.

He also didn't specify if it was the Illuminati who whisked Dorothy off to Oz.