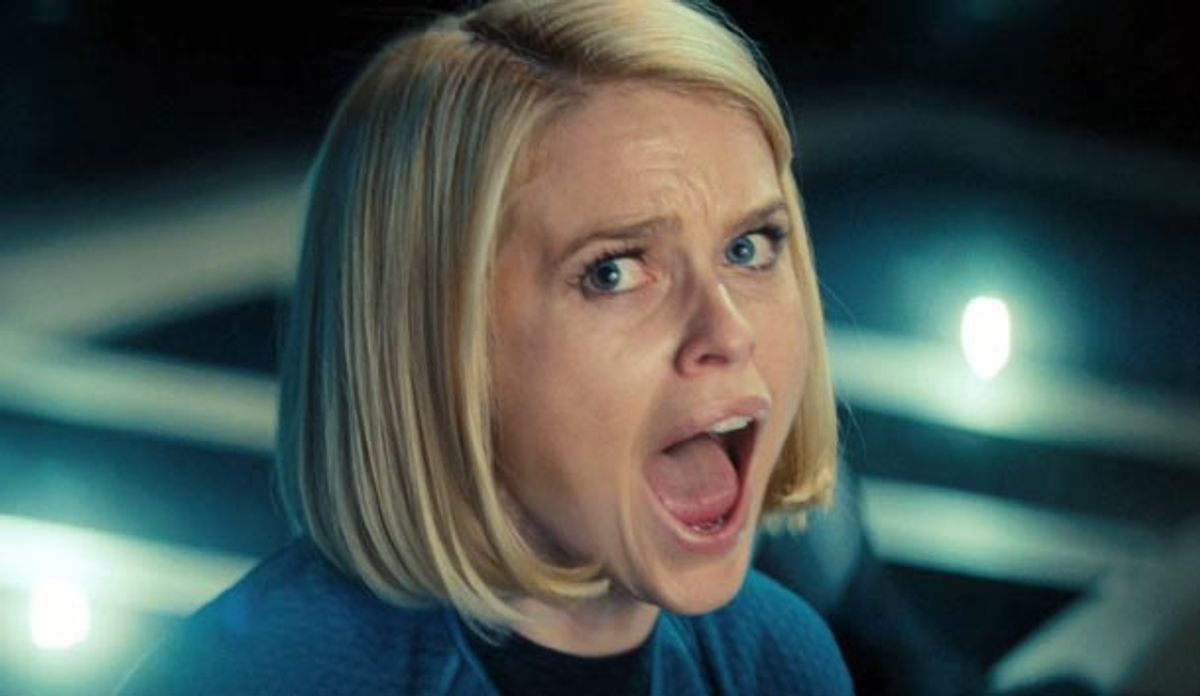 Even if you have not yet seen "Star Trek Into Darkness," you may have seen the trailer, in which Starfleet science officer Doctor Carol Marcus, played by Alice Eve, strips down to her underwear before putting on a special torpedo-disarming outfit. The scene has puzzled some fans, prompting criticism that it objectifies one of only two major female cast members.

In a recent interview, MTV asked producer Damon Lindelof about the scene:

OK, down to the nitty gritty. I feel like I have to start with the biggest mystery/conversation that's surrounded the film from the get go. Why is Alice Eve in her underwear at one point? Oh and also, let's discuss your villain.

Why is Alice Eve in her underwear, gratuitously and unnecessarily, without any real effort made as to why in God's name she would undress in that circumstance? Well there's a very good answer for that. But I'm not telling you what it is. Because ... uh ... MYSTERY?

But last night, Lindelof took to Twitter to admit that the scene was "gratuitous." He acknowledged the criticism, saying, "I take responsibility and will be more mindful in the future":