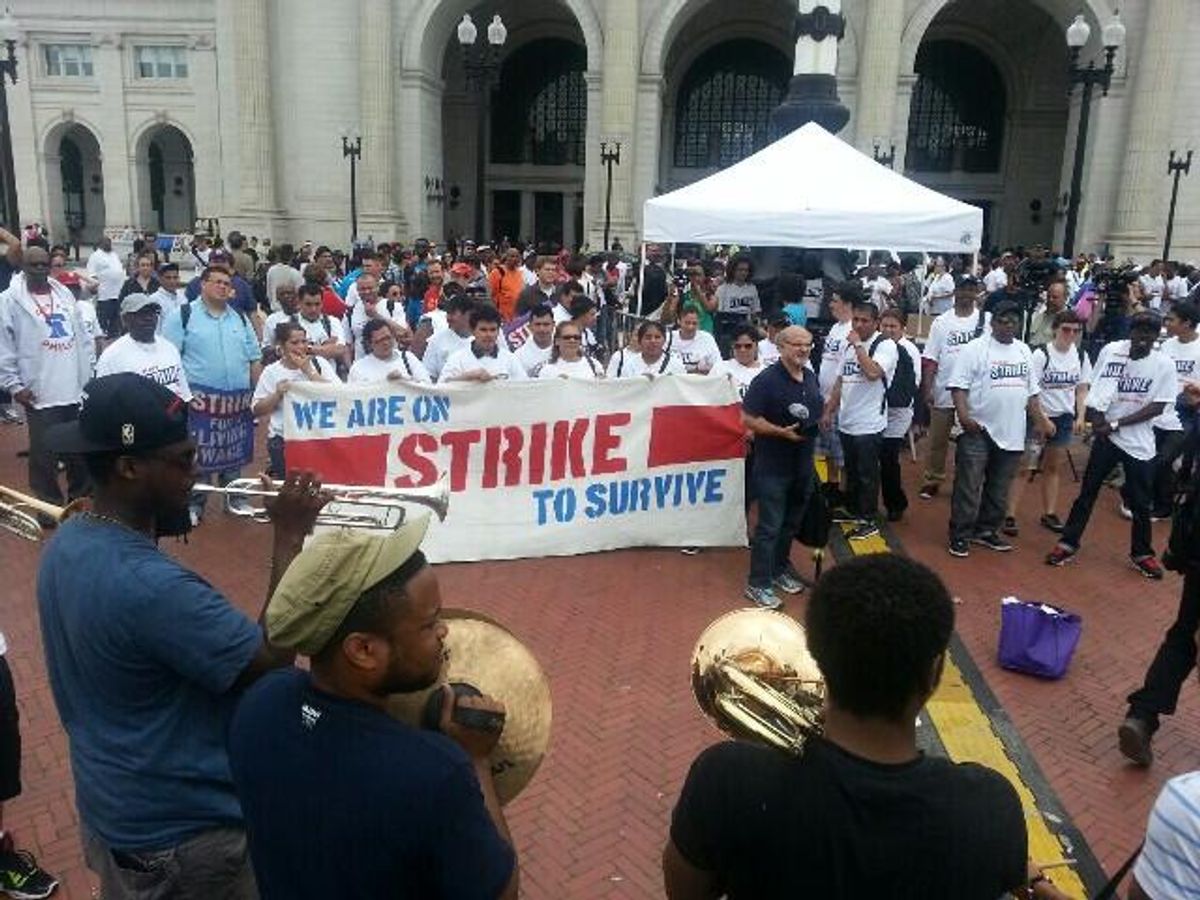 On Tuesday, hundreds of low-wage workers, employed under federal contract, went on strike in federally owned buildings in D.C. to ask for better wages and working conditions. As Josh Eidelson reported for the Nation in advance of the strike:

Organizers expect the one-day walkout to include workers employed at Smithsonian museums, the Old Post Office and Ronald Reagan buildings and Union Station, where tourists, lobbyists and members of Congress arrive by Amtrak train to Washington, DC. The strikers are part of a recently unveiled organization, Good Jobs Nation, backed by labor and community groups.

A press release from Good Jobs Nation commented on the day's action:

At the Reagan building, about half the food court, including Quick Pita, Kabuki Sushi, Subway and Bassett's Original Turkey, had to shut down after workers walked off the job, calling for a living wage and a voice on the job. The McDonald's at the Air and Space Museum also had to shut down after employees went on strike.

These low-wage workers are part of a hidden army of nearly two million low-wage workers across the country employed by private businesses on behalf of the U.S. government to serve the American public — working in the food courts at government buildings like Union Station and the Ronald Reagan Building, greeting visitors and selling memorabilia at the Smithsonian Museums, driving trucks hauling federally-owned loads and making military uniforms for our troops.

Federal contracts, grants, loans, concession agreements, and property leases worth hundreds of billions of dollars go to large, profitable corporations that pay their CEOs millions in salaries and bonuses but pay their workers such low wages that they are unable to afford basic necessities like food, clothing, and rent ... This strike comes amid growing concern from economists and other experts that the proliferation of low-wage work is hampering the nation’s recovery.