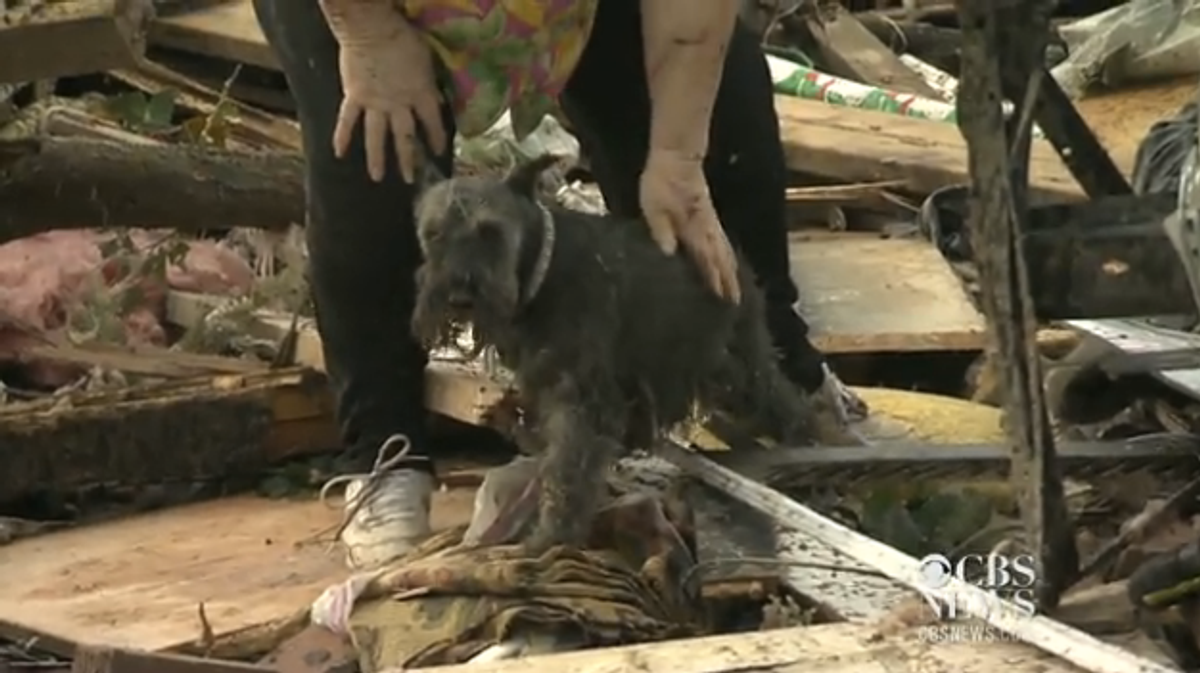 Among the many scenes of devastation caused by the vast tornado that swept through Oklahoma City and its surrounding suburbs on Monday, a small sliver of hope was captured on camera.

Barbara Garcia took shelter in her bathroom during the tornado; when she emerged, her home had been leveled and her beloved dog was missing. While recounting her ordeal to CBS News' Anna Werner, Garcia discovered her dog, alive and well, among the rubble.

Their happy reunion was captured live.