An outrageous view on gay marriage from a former conservative leader would be shocking, if it wasn't so funny 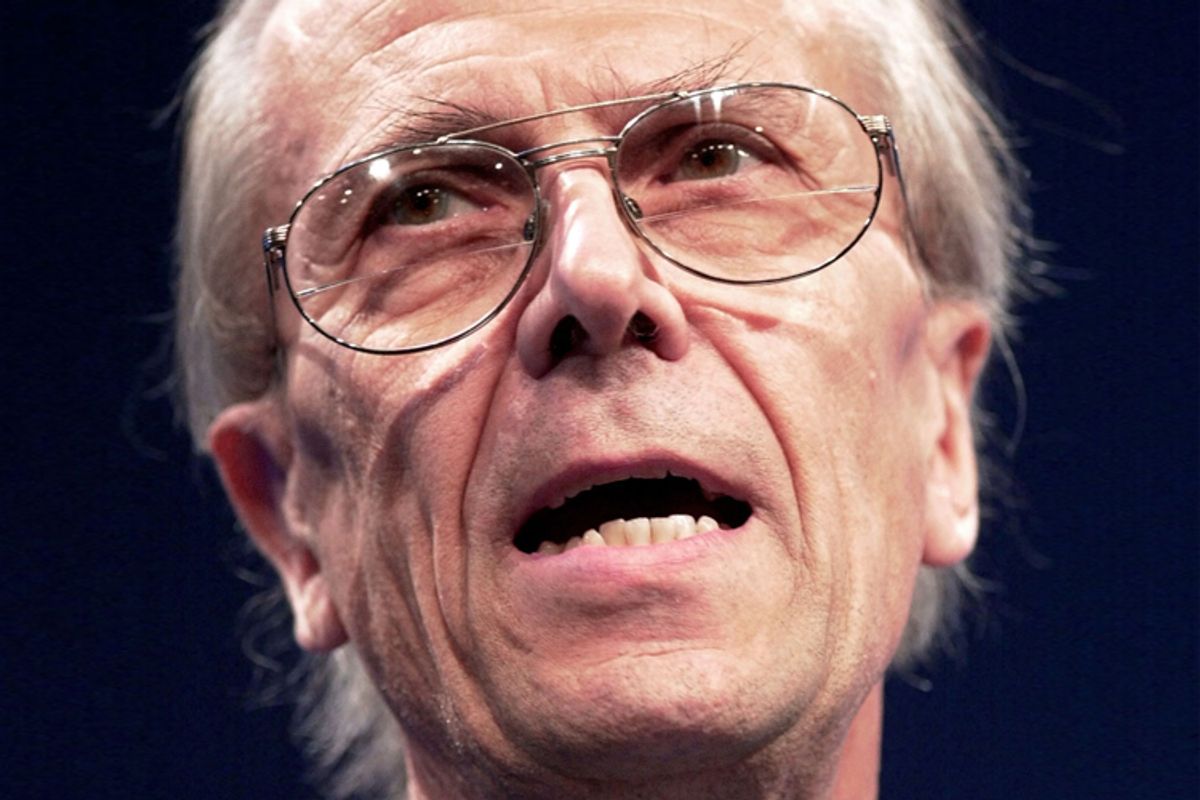 We here in the colonies do a pretty great job of finding ludicrous justifications for our homophobia. Exhibit A: Antonin Scalia, our chief judicial defender against sodomy. But every now and then, the motherland shows us how it's really done. Take, for instance, former Tory chairman Lord Norman Tebbit, who on Tuesday warned Big Issue magazine of the perils of marriage equality -- and totally took the cake for crazy.

"When we have a queen who is a lesbian and she marries another lady and then decides she would like to have a child and someone donates sperm and she gives birth to a child, is that child heir to the throne?" he asked. "It’s like one of my colleagues said: We've got to make these same-sex marriages available to all. It would lift my worries about (the) inheritance tax because maybe I'd be allowed to marry my son. Why not? Why shouldn't a mother marry her daughter? Why shouldn’t two elderly sisters living together marry each other?"

The 82-year-old also expressed his assessment of Prime Minister David Cameron's current government, saying, "Most of them haven’t even worked in a bank! They went straight into politics. The consequences are that they don’t perceive much of what’s going on in the rest of the world. They fucked things up." Now, I'm not a British MP, but I suspect when the guy who thinks civil rights will lead to royal lesbian sister marriage says you're a screw-up, that one just rolls right off.

Tebbit is, amazingly enough, not the first esteemed Englishman to make the leap from LGBT equality to incest. Last month, noted cable TV star Jeremy Irons expressed his own fears on the subject. "Could a father not marry his son?" he asked. " If I wanted to pass on my estate without death duties, I could marry my son and pass on my estate to him." Anyone who's read a Jane Austen novel knows that British inheritance laws have historically been complicated. But who knew they'd kick up so much concern regarding same-sex marriage? Say what you will about the US of A and the likes of the National Organization for Marriage, they've never once cited the threat of confusion over property rights as an argument against gay unions.

Yet even in the UK, Tebbit's comments were greeted with a hearty "Say what?" On Twitter, Caitlin Moran gently advised, "If your first thought about equal marriage is 'But I might marry my son!' we need to talk."

There may yet come a day when an artificially inseminated lesbian queen sits on the throne -- we'll just have to see what Wills and Kate produce, right? But let's just calm all your fears, weird old British guys -- marriage equality has nothing to do with incest. Nor does it have diddly squat to do with Tebbit's question last week that "Should people be free to marry their dogs or young children? Surely very few would (as yet) argue for that."

I promise, gay people don't want to marry their sons or sisters or their dogs. And anyone crazy enough to even think that, let alone articulate it, cannot possibly, in the words of Lord Tebbit, perceive much of what’s going on in the rest of the world.