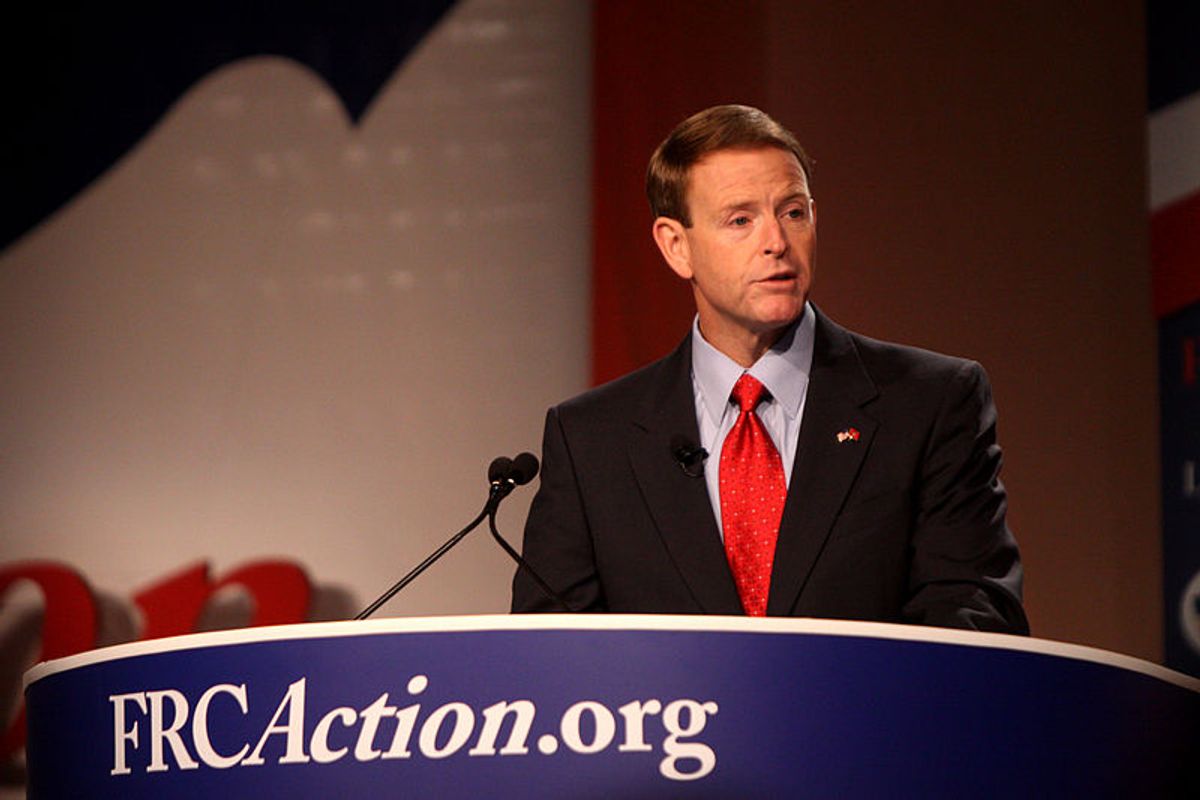 Family Research Council president, noted homophobe and famous banana brain Tony Perkins is very concerned about the recent Pentagon report on rampant sexual assault in the armed services, and he believes that the only way to reform a military culture that sanctions rape and fails to hold perpetrators accountable is by reinstating "Don't Ask, Don't Tell":

President Obama is finally admitting that sexual assault is a serious problem in the military -- but what he hasn't conceded is that his policy on homosexuality helped create it. According to a new Pentagon survey, most of the victims were not female (12,000 incidents), but male (14,000)--highlighting a growing trend of same-sex assault in our ranks. Although the Defense Department says it "recognizes the challenges male survivors face," one of the biggest problems is their silence in reporting it. The Washington Times, one of the first to highlight the discrepancy, explains that the Pentagon's attention is largely focused on the females experiencing abuse "overlooking the far greater numbers of men, who, according to the survey, are being victimized but not reporting it."

How could this happen? Well, for starters, the Obama administration ordered military leaders to embrace homosexuality -- completely dismissing the concerns that it could be a problem to have people attracted to the same sex, living in close quarters. What's more, explains Marine Capt. Lindsay Rodman, the statistics aren't reliable and may be hiding thousands more cases of service-based abuse. "The truth is," she writes in the Wall Street Journal, "that the 26,000 figure [of victims] is such bad math -- derived from an unscientific sample set and extrapolated military-wide -- that no conclusions can be drawn from it." Except one, perhaps, which is that groups like FRC were right to be concerned about the overturning of "Don't Ask, Don't Tell."

The underreporting of sexual assault in the military is a real problem, one that concerned servicemembers and lawmakers are trying to reform by taking military sexual assault cases outside the chain of command, in addition to other proposals.

For Perkins to suggest that rape in the military has anything to do with the repeal of DADT is not just woefully incorrect (and clearly motivated by homophobic bullshit), it is an affront to the very survivors of military sexual assault -- gay and straight -- who he pretends to support.