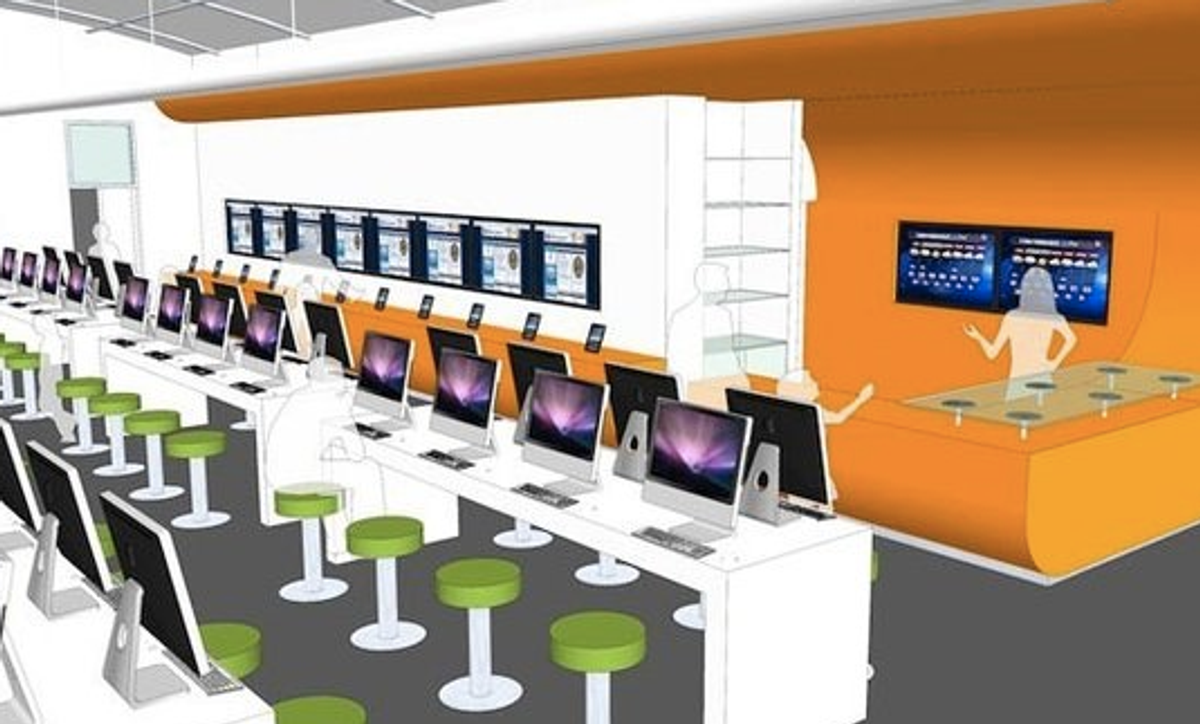 Some are calling it a "bookless" library, but paperless is a more accurate description of the all-digital public library branch set to open in Texas this fall.

The $1.5 million facility in Bexar County will not house a single printed book, but will offer 100 e-readers on loan, and 10,000 digital titles accessible to readers via their home computers and digital devices, with more being added regularly.

“If you want to get an idea what it looks like, go into an Apple store,” Bexar County Judge Nelson Wolff, the man behind the digital overhaul, told San Antonio Express News when plans were first announced earlier this year.

Saying goodbye to the printed page may be tough for some to swallow, but remote access to digital files is key to bringing books to the low-income and unincorporated areas of Bexar County currently without library access, says "BiblioTech" project coordinator Laura Cole.

Cole told the BBC in an interview this week:

"For us this was just an obvious solution to a growing problem," she says. That problem was "explosive" population growth around San Antonio, in suburbs and satellite towns way outside the city limits.

"We've had to look to how we provide services to these unincorporated areas," she said. "While the city does a beautiful job in providing public libraries, these can only easily be used by people living there".

San Antonio's book-rich public libraries will be unaffected by the project. Bexar County, by contrast, never had a public library service.

"I think we're at an advantage there," Ms Cole said. "They've never had a library with books -- there's not even a bookstore here."