The "Drive" duo is back, with a terrifying Kristin Scott Thomas performance and a plotless, gory dream movie 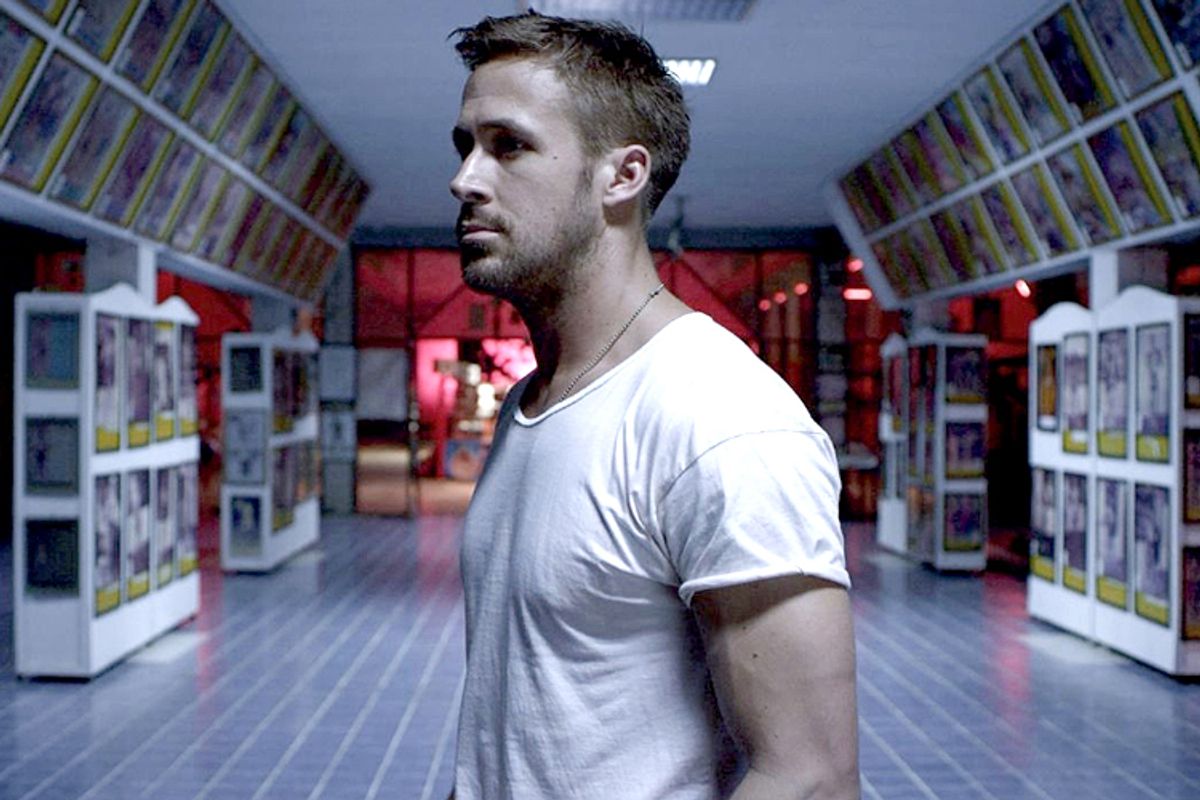 CANNES, France – Remember when someone tried to sue the makers and distributors of “Drive” for, I guess, not putting enough driving in the movie? Well, Ryan Gosling and writer-director Nicolas Winding Refn are back with another ultraviolent, ultra-stylized, music-throbbing, male-angsty viewing experience, this time set in the underworld of Bangkok, and that person may want to get the lawyers greased up and ready to go. Potential targets could include anyone in my profession who describes “Only God Forgives” as a thriller, or who tries to characterize its plot by using words like “plot.”

A loud chorus of boos and whistles (mixed with a smattering of applause, to be fair), echoed through the Grand Théâtre Lumière as the closing credits of “Only God Forgives” rolled during Wednesday morning’s press screening. It was this year’s first major appearance by the notorious Cannes boo-birds, and a startling turn of events for one of the festival’s most eagerly anticipated titles, especially given the collective movie-buff orgasm that greeted “Drive” here two years ago. Whether it reflects the world’s final verdict on the movie very much remains to be seen.

“Booed at Cannes” has almost become a perverse badge of pride in the film business, a meme identifying pictures that defy genre expectations or marketing categories and deserve reconsideration. Sometimes the first reaction at Cannes means almost nothing. Terrence Malick’s “The Tree of Life” was booed at the press screening in 2011 and went on to capture the Palme d’Or and an Oscar nomination; Refn and Gosling’s “Drive” was greeted with a thunderous, foot-stomping ovation, but did poorly at the box office and won no major awards. I often feel that the booing here reflects the general exhaustion and sensory overload of the press corps after more than a week of too much late-night drinking, too much morning espresso, too many movies and not half enough sleep. Most of the major competition films screen for the press at 8:30 a.m., not an ideal time to watch challenging cinema under the best of circumstances.

In this case, we have a director who has deliberately chosen to move away from the fusion of American genre movie and European artistry embodied in “Drive.” Even though it displays a man sliced open to the ribcage and features two scenes of Muay Thai martial arts – in one of them, Gosling’s character receives a vicious ass-kicking from a middle-aged Thai man – “Only God Forgives” is an abstract, dreamlike, heavily symbolic film with little concern for pacing and almost no dialogue. Shot largely at night in death-dream-sex colors (black, deep blue, blood red, magenta) by cinematographer Larry Smith, this movie is more akin to Refn’s experimental Viking-era freakout “Valhalla Rising” than to “Drive.” It’s the martial-arts movie that might result from a drunken collaboration between David Lynch, Luis Buñuel and Michael Haneke.

Some small minority of you is even more interested after that last sentence, but the real point is that people are dismissing this movie way too easily simply because they were hoping for something different. I’m pretty sure “Only God Forgives” merits another viewing and more careful consideration than it’s likely to get here. Speaking personally, I found myself irritated, seduced, hypnotized and mystified by turns. The seduction part applies in particular to Kristin Scott Thomas’ memorable role as Crystal, a charismatic but terrifying American bitch-goddess with a fearsome temper, a thirst for vengeance and way too much eye makeup. Crystal arrives in Bangkok after the death of her entirely reprehensible eldest son, Billy (Tom Burke), and delivers an eloquent restaurant monologue driven by bottomless hatred and inappropriate lust around which the whole film pivots. There’s probably more talking in that one scene than in the entire rest of the movie, and in that sense (and that sense alone), “Only God Forgives” bears a structural resemblance to Steve McQueen’s “Hunger.”

Gosling plays Julian, Crystal’s younger son and the movie’s psychological center. It’s hard to call him the hero because he does very little. That’s not the same thing as saying the performance involves no acting, but Gosling’s performance here is almost entirely physical and iconic. Julian runs a boxing club in Bangkok and helps manage Mom’s drug empire, but this is a man who deliberately avoids things. He avoids falling in love with his prostitute semi-girlfriend (Rhatha Phongam), he avoids doing anything about his brother’s murder (he has his reasons) and he avoids confronting the Oedipal and/or incestuous nature of his relationship with Crystal. He would like to avoid the righteous, sword-bearing cop-ninja-angel figure (Vithaya Pansringarm, or “Pu”), who first appears in Julian’s nightmarish visions and then comes after his family in the real world as well. But he can’t.

But that’s already way too much plot synopsis. “Only God Forgives” is about Scott Thomas’ demonic, scene-eating performance paired with Gosling’s impassive silence; Smith’s meticulous, almost Ozu-like camerawork paired with the supersaturated night-world colors of Bangkok; and the pulsing, haunting, many-layered electronic score by one-time Red Hot Chili Pepper Cliff Martinez. (One might also mention the sugary-sweet karaoke numbers sung by Pansringarm after some of the worst scenes of violence.) I’m not claiming it’s some misunderstood masterpiece; I’m saying that Refn has coherent artistic goals here and largely meets them. Those goals do not happen to include telling a conventional story or giving the audience what it wants.