HLN: Jodi Arias "pleading for her life" got us a ratings win! 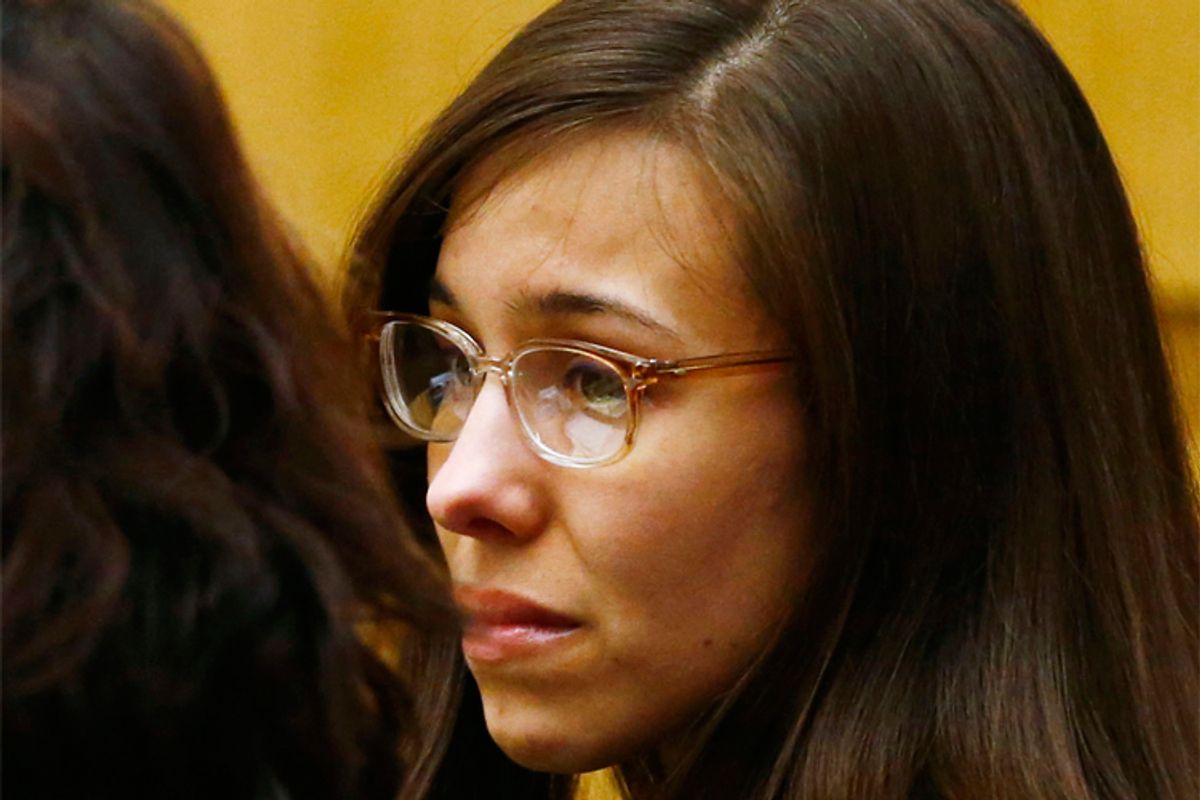 What did you expect from the network that Nancy Grace calls home?

HLN, the cable network that heavily covers flashy, scandalous trials like those of Casey Anthony and Amanda Knox, apparently did well in the ratings after Jodi Arias was convicted of first-degree murder and as she addressed the jury, asking them not to sentence her to death. And so they sent out a press release to journalists headlined: "HLN #1 Among Ad-Supported Cable as Arias Pleads for Her Life."

Apparently, during the 19-minute period Jodi Arias, well, pleaded for her life (not many more apt phrases to use there), HLN outdrew all other ad-supported cable networks. Congratulations to HLN! Certainly these high ratings will be sustainable -- after all, there's always someone pleading for their life. You just have to find her!

The release in full is below.

HLN continues to be the ratings leader and complete source for coverage of the Jodi Arias Trial. On Tuesday May 21, HLN ranked No.1 among ad-supported cable networks from 1:56p to 2:15p (ET) as Jodi Arias took the stand to plead for her life in front of the jury that found her guilty of Travis Alexander's murder. During that time period, HLN out-delivered the competition among both total viewers (2,540,000 million) and 25-54 demo viewers (691,000).