Pic of the day: Barack Obama at prom

TIME released a picture of the President at 17, dressed for his senior prom in Hawaii 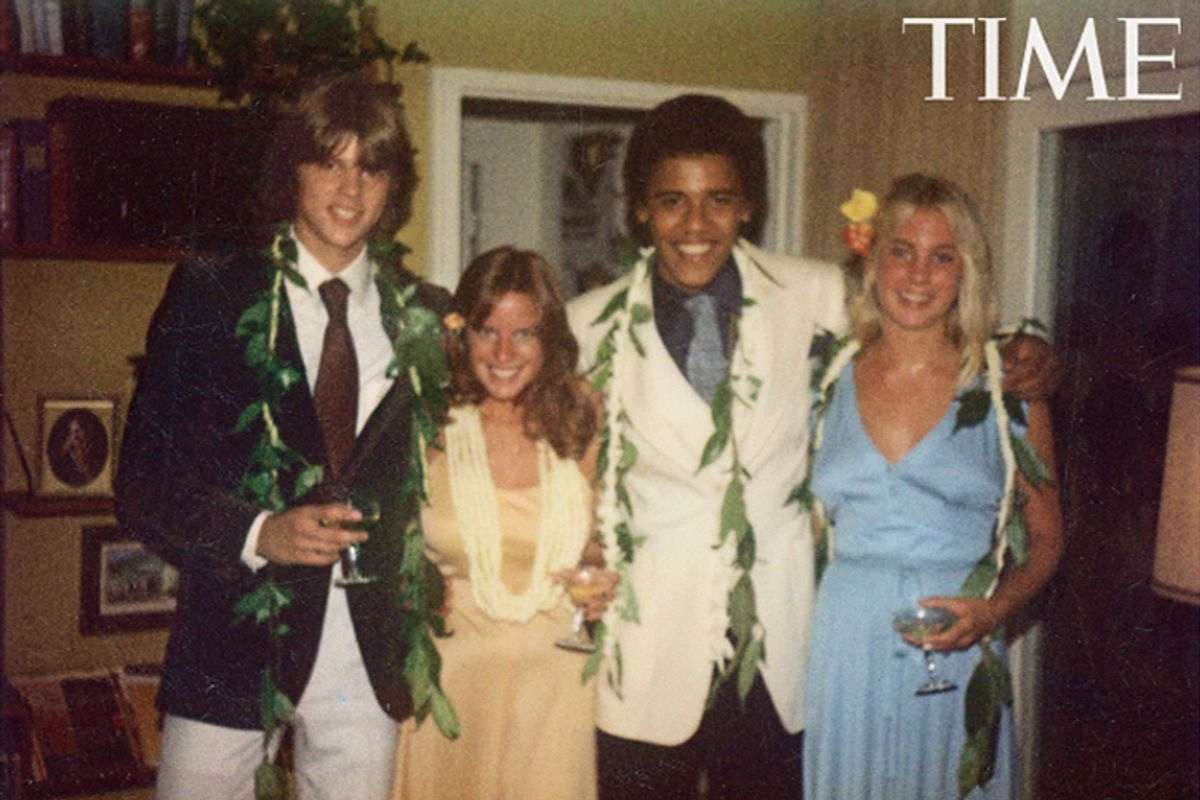 TIME Magazine obtained and published this picture of President Obama the night of his senior prom in Honolulu, Hawaii, in 1979, from his classmate Kelli Allman.

From TIME's press release on the picture:

TIME is also releasing a note Obama wrote in Allman's yearbook at the end of his senior year that reads, in part, "You are extremely sweet and foxy, I don't know why Greg would want to spend any time with me at all! You really deserve better than clowns like us; you even laugh at my jokes!"