U.K. officials say the threat to a Pakistan International Airlines flight does not appear to be terror-related 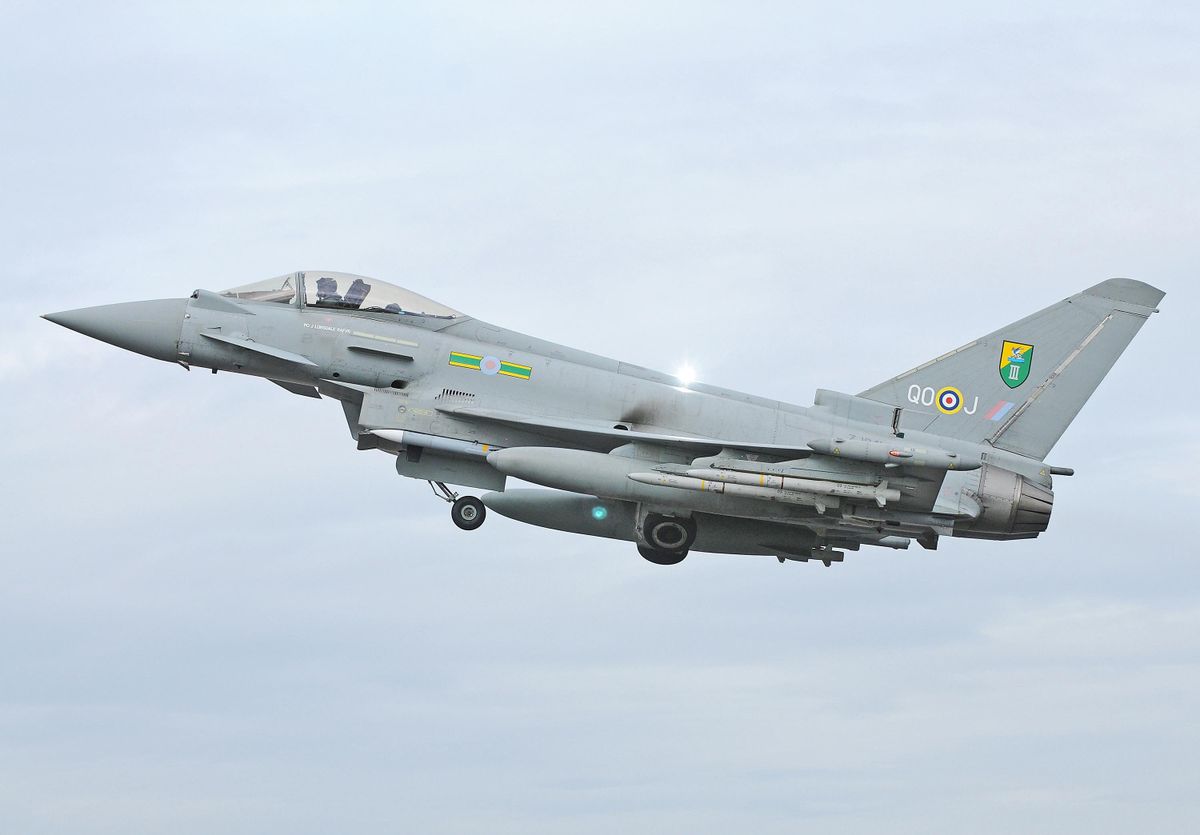 Undated photo issued by the British Ministry of Defence of an RAF Typhoon Aircraft of the type that has escorted a passenger plane into Stansted Airport in southern England following an incident on board Friday May 24, 2013. (Associated Press)
--

LONDON (AP) — Two men were arrested on suspicion of endangering an aircraft Friday after a U.K. fighter jet was scrambled to divert their plane as it traveled from Pakistan to Britain, officials said. The incident further rattled the U.K. just days after a British soldier was brutally killed on a London street in a suspected terror attack.

A British security official said the situation involving the Pakistan International Airlines flight, which carried more than 300 people, did not appear to be terror-related, but that police were still investigating. He requested anonymity because he was not authorized to discuss the investigation.

A fighter jet was launched to divert Flight P709 — which was supposed to travel from Lahore to Manchester — to Britain's Stansted Airport, where it was kept on an isolated runway. Essex Police said two suspects, ages 30 and 41, were taken to a police station for questioning.

Passenger Nauman Rizvi told Pakistan's GEO TV that two men who had tried to move toward the cockpit during the flight were handcuffed and arrested once the plane landed. Rizvi said that after the men were taken away, the flight crew told passengers there had been a terrorist threat and that the pilot had raised an alarm.

PIA spokesman Mashood Tajwar said the airline had been unable to contact the pilot of the flight despite repeated attempts. He said 297 passengers and 11 crew members were on the plane. Tajwar added that the control tower at Manchester airport received a call about a threat aboard the plane and the tower advised the pilot to divert to Stansted.

Britain's Defense Ministry confirmed that a Typhoon jet was launched to investigate an incident involving a civilian aircraft but declined to give further details.

By late afternoon Friday, the passengers had disembarked from the plane and were being interviewed, according to Mark Davison, a spokesman for Stansted Airport.

The incident comes as many police forces across Britain have stepped up patrols in recent days following a suspected terror attack in south London.

Two men with meat cleavers attacked and killed a British soldier in broad daylight, and gruesome footage that emerged after the attack showed one of the alleged assailants angrily complaining about the British government and troops in foreign lands.

Those two suspects were shot when police arrived on the scene and have been hospitalized.